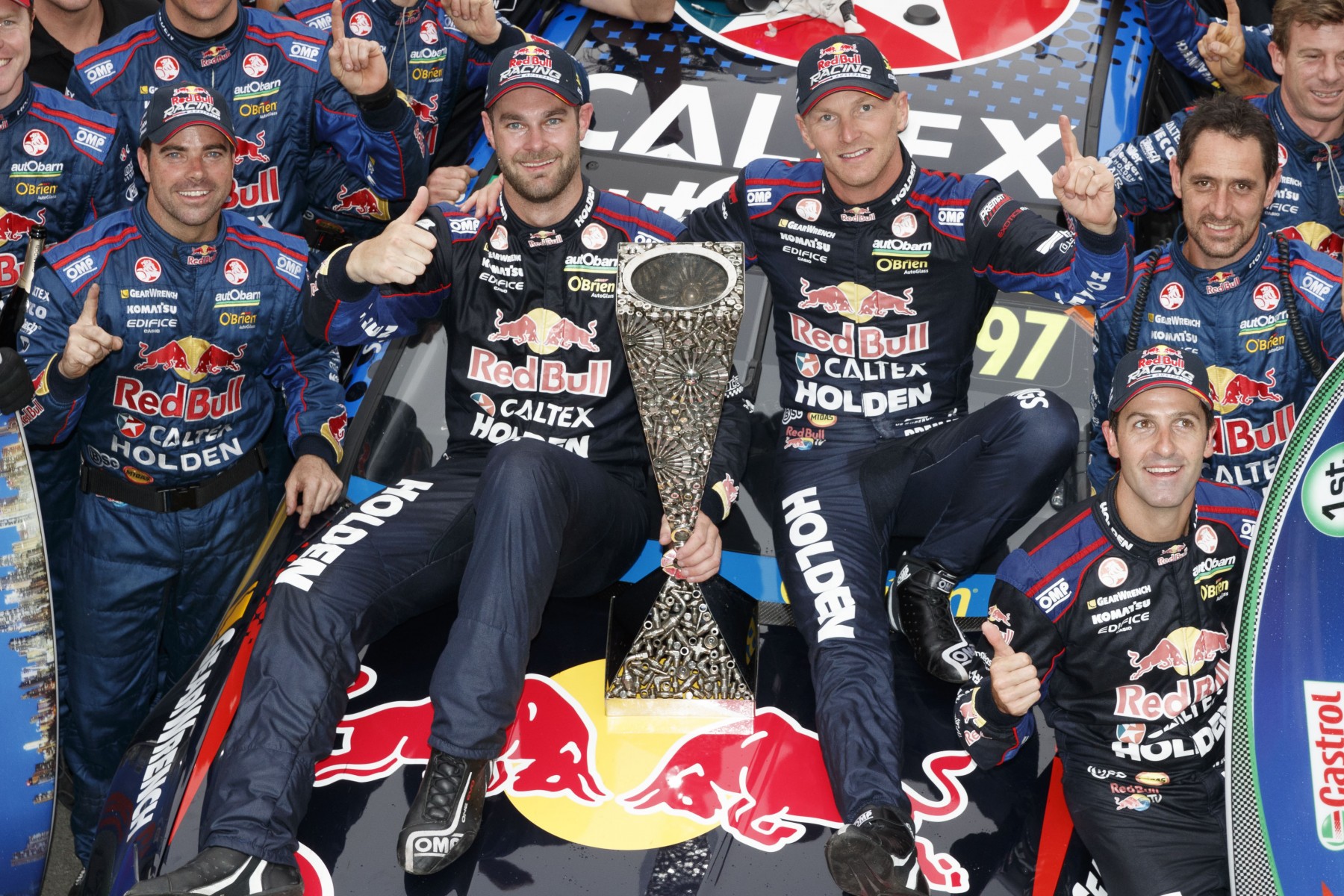 The Red Bull Racing Australia pairing finished second in three of the four PIRTEK Enduro Cup races and won yesterday to be the most dominant force in the endurance season of the Virgin Australia Supercars Championship.

In the end, Kiwi Van Gisbergen and Frenchman Premat won the Cup by 159 points over Supercheap Auto Bathurst 1000 Champions Will Davison and Jonathon Webb, who had a stunning PIRTEK Enduro Cup.

“The guy beside me (Premat) has done a fantastic job right throughout the season. It has been great working with him and all the team finishing with second, second, first and second in the PIRTEK Enduro Cup races is great consistency,” van Gisbergen said.

“The PIRTEK Enduro Cup is getting more and more prestigious each year and our record from this year is pretty tough to beat.

“We’re very lucky guys to be driving this car and carve through everyone like we did today.”

Premat was proud to earn the prestigious trophy after solid drives in the four long distance races.

“It is great to win the PIRTEK Enduro Cup, I am very happy to be part of Triple Eight and Red Bull Racing,” he said.

“Four races and four podiums is a pretty good job. They make me stronger, I work hard and the team makes everything possible.

“I didn’t scratch one part of the car right throughout the three races, I think Roland (Dane, team boss) was pretty happy with that.

“Being alongside the likes of Craig and Richo, Paul, Jamie and Shane and the whole team is incredible.”

Red Bull Racing Australia’s record in the PIRTEK Enduro Cup is nothing short of extraordinary – winning three of the four Cups held in Supercars’ history.

Last year the Holden Racing Team clinched the Cup with Garth Tander and Warren Luff, while every other year it has been won by Triple Eight.