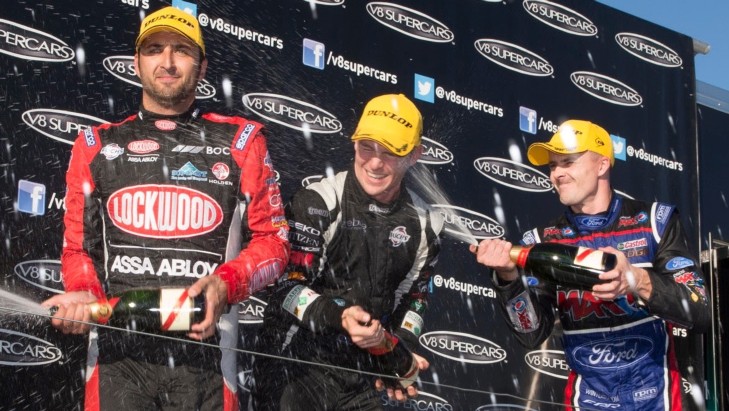 Two of last year's Winton victors feature on Inside Supercars tonight, with Lee Holdsworth and Fabian Coulthard joining the panel at 7.30pm on FOX SPORTS 506.

This time around, Erebus comes off the back of its second race win in Perth, with Will Davison behind the wheel, while Holdsworth now pilots the Walkinshaw Racing Commodore after an odd off-season shuffle.

Perth hero Fabian Coulthard - who was voted by v8supercars.com.au readers as the driver of the round after his 24th to third effort in Sunday's 200km sprint race - will also feature on the show.

Last week he declared he and the Freightliner/BJR team were real contenders for the Championship, as he sits fourth on the points tally and heads to the events he performed well at last year.

"We need to contend for podiums and race wins on a consistent basis - in the past it's been a little bit sporadic," Coulthard told v8supercars.com.au.

"I've had four podiums over the first three race [meetings] so I think it's turning around, with no short amount of hard work - everyone's putting in, everyone's got the same common goal and that's just to get our Freightliner car as far up the grid as we possibly can."

Holdsworth's team boss Charlie Schwerkolt will chat to Neil Crompton on the show, and James Phelps joins the panel with the latest V8 Supercars news.

Tune in from 7.30pm on FOX SPORTS 506 tonight for all the latest in the world of V8 Supercars, as the racing heads to Winton Motor Raceway this weekend.