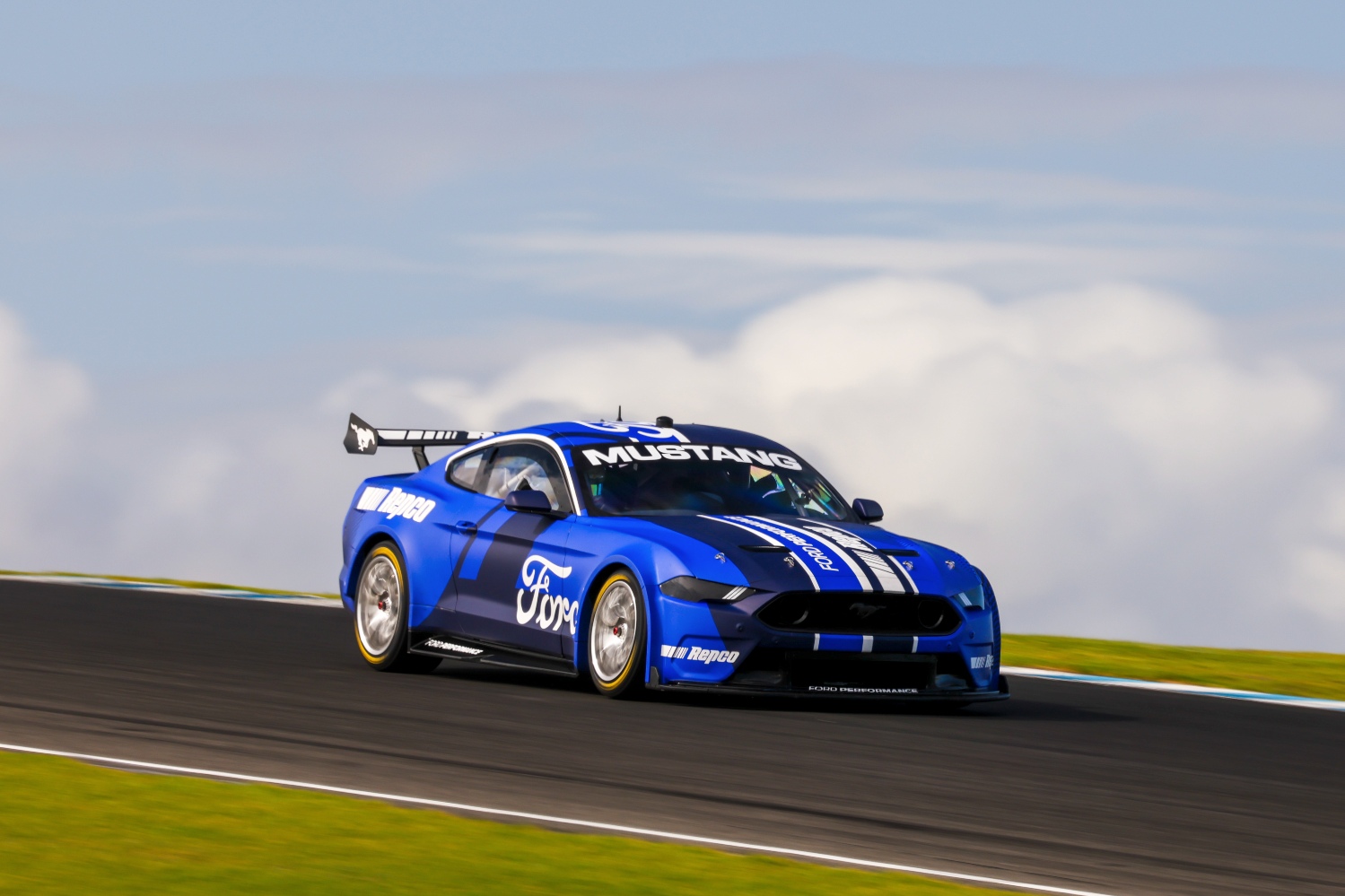 Thomas Randle was "happily surprised" with the Gen3 prototype pace at the high-speed Phillip Island circuit.

The Gen3 prototypes were subject to two days of testing at the Grand Prix venue.

It marked another key step forward in the Gen3 testing program, with Phillip Island offering a key gauge of aero performance.

To now, mileage has been the core focus of Gen3 testing, with the cars to debut in 2023.

Eight different drivers handled the Gen3 Mustang and Camaro across the two days.

Six drivers, including Tickford rookie Randle, had never driven the cars before.

Speaking to Supercars.com, Randle, was pleased with the ergonomics, power delivery, and braking consistency of the tweaked cars. 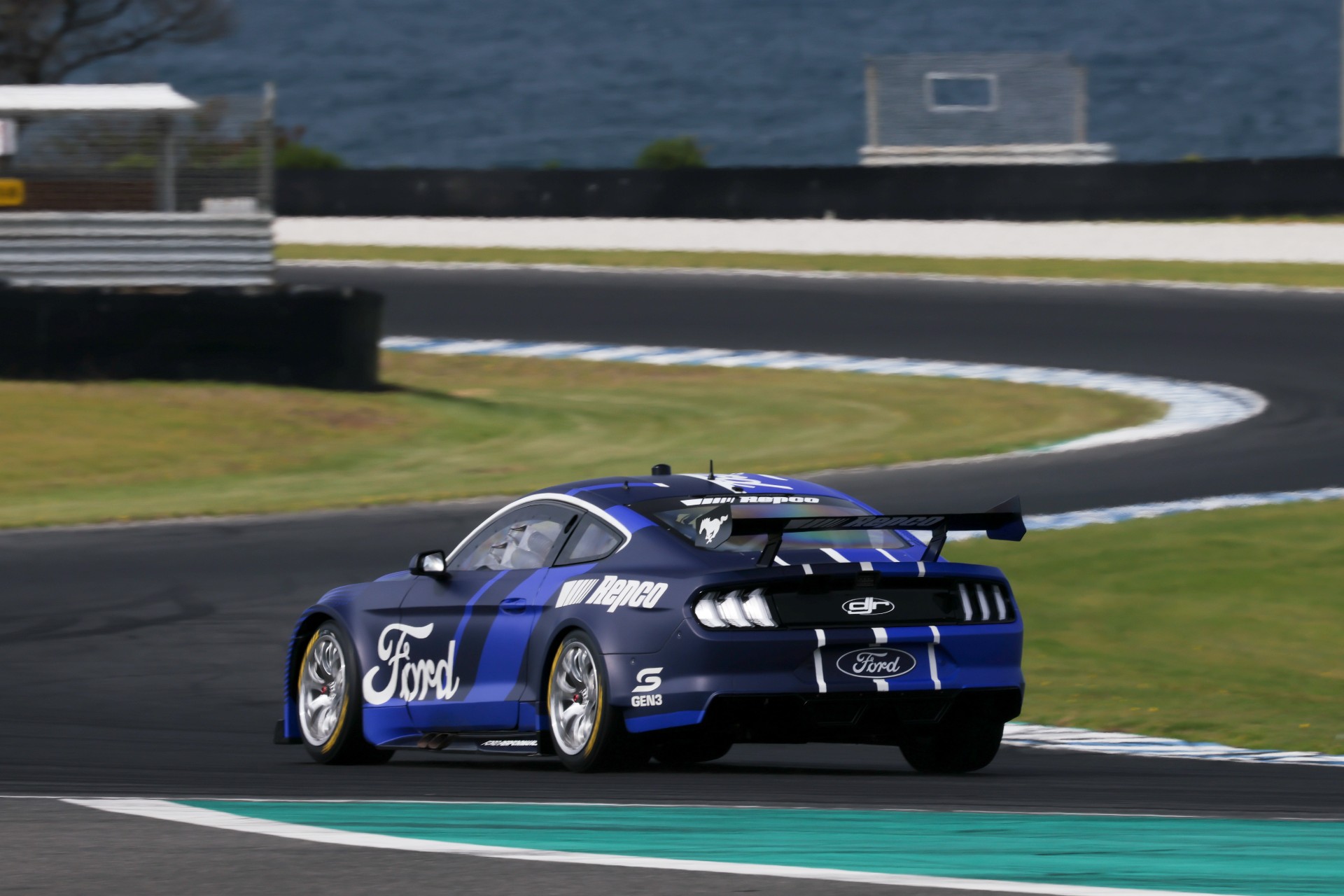 'I was happily surprised by the pace'

Critically, aero balance was a key ticket item for the day, with the cars tuned across the day.

"Aero was a big part of the day," Randle told Supercars.com.

"Apart from Turns 1 and 2 at OR, it was the first time the cars had been taken to a high-speed track.

"Everyone at Supercars was very receptive to my thoughts, as well as the other drivers.

"We haven’t touched set-up at all, so we were going off trying to pin aero balance from where we wanted.

"We were able to go from one end of the scale to the other, which is cool.

Randle’s first laps came in a car bereft of any aero.

What he drove was fast but "taily", with later adjustments helping the car find greater balance.

Randle’s quickest time would be just a second off the pace set at the pre-season test in 2019.

That test was conducted with the Gen3 Mustang in its rawest sense.

"Without the rear aero adjustment, I was taking Turn 3 flat out in sixth gear," Randle said.

"When we added rear downforce, you couldn’t take it flat because there was so much push.

"I’m pretty sure we’re on the limiter in fifth gear around there, so it was pretty exciting. 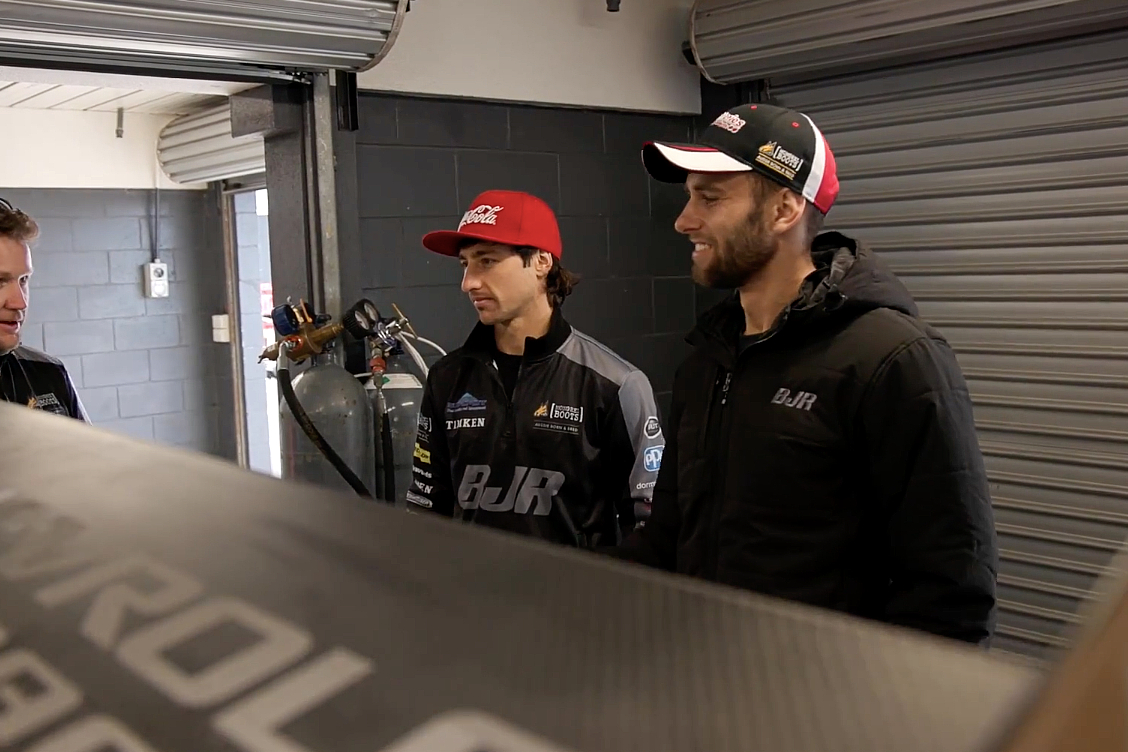 "Before the adjustments, it was nervous on the rear at the entry of MG.

"If you go off the pre-season test [in 2020], to be only a second off that time… I thought we were going to go slower.

"I was happily surprised by the pace… for a raw car that is essentially de-tuned, it wasn’t far off."

Monday’s running featured a crosswind into Turn 1, and a tailwind off Turn 2.

Randle did go off the track twice, but ran an otherwise solid day in the car for the first time.

The Mustang was also fitted with a gurney to the rear wing, with some small additions also featuring on the front splitter.

Randle was pleased with the car behaviour, something he conveyed to Supercars' technical staff.

Considering the Gen3 cars have less downforce and thus less drag, Randle was happy with how they coped at one of the fastest and most demanding circuits in the country.

"At the start, it was very loose in the rear, and that was at max rear wing," he explained.

"It had good front balance but was loose under braking; it was taily in the rear because there’s less rear downforce.

"Mechanical grip-wise, considering there was no set-up, was quite good.

"We put more rear downforce on it later on it and it gave it heaps of push.

"It sorted out the rear grip, but it gave us high-speed understeer. In that respect, like I said, we found one end to the other.

"Once we put more rear aero on the car, it was more stable under brakes."

Pole-to-win conversion lowest in a decade

How Verstappen thinks he would go in a Supercar