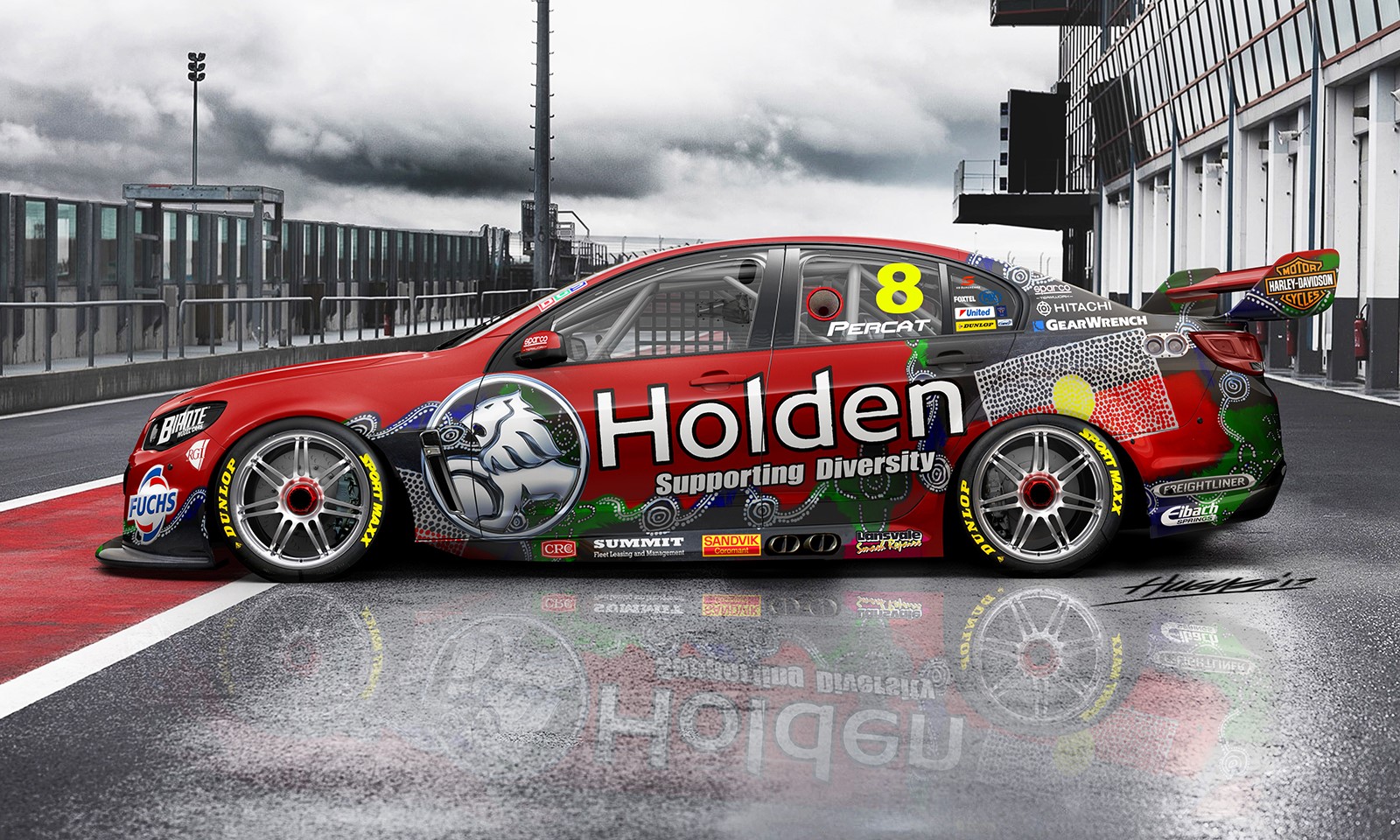 Brad Jones Racing and Holden will continue their cultural diversity campaign at Hidden Valley with an indigenous themed livery on Nick Percat’s Holden.

Having run Supporting Equality schemes at two events earlier this year, the Commodore will be emblazoned with Supporting Diversity branding in Darwin.

Designed by Holden artist Peter Hughes, the livery is based on artwork produced by Rosebery Middle School student Aimee May.

Students submitted art for the project through the Girls Academy of Australia, which works within the school system to drive community-led solutions aimed at reducing the barriers that prevent Indigenous girls from completing their education.

“All of the paintings we received were beautiful, colourful and meaningful,” said Hughes.

“They individually represented and captured the Australian Indigenous culture and provided the foundation of the end result you see in the design Nick Percat’s #8 racing car.”

Team owner Brad Jones says he’s been pleased to be able to promote cultural diversity within motorsport as part of the sponsorship from Holden.

“Anyone who loves racing should know that they are welcomed to pursue a career in motorsport and we hope our working together with Rosebery Middle School Girls Academy highlights that,” he said.

“There are many fans who share our passion for racing and we appreciate their support.

“The opportunity to promote cultural diversity with Holden has been a rewarding experience and has highlighted the diversity of Supercar fans.”