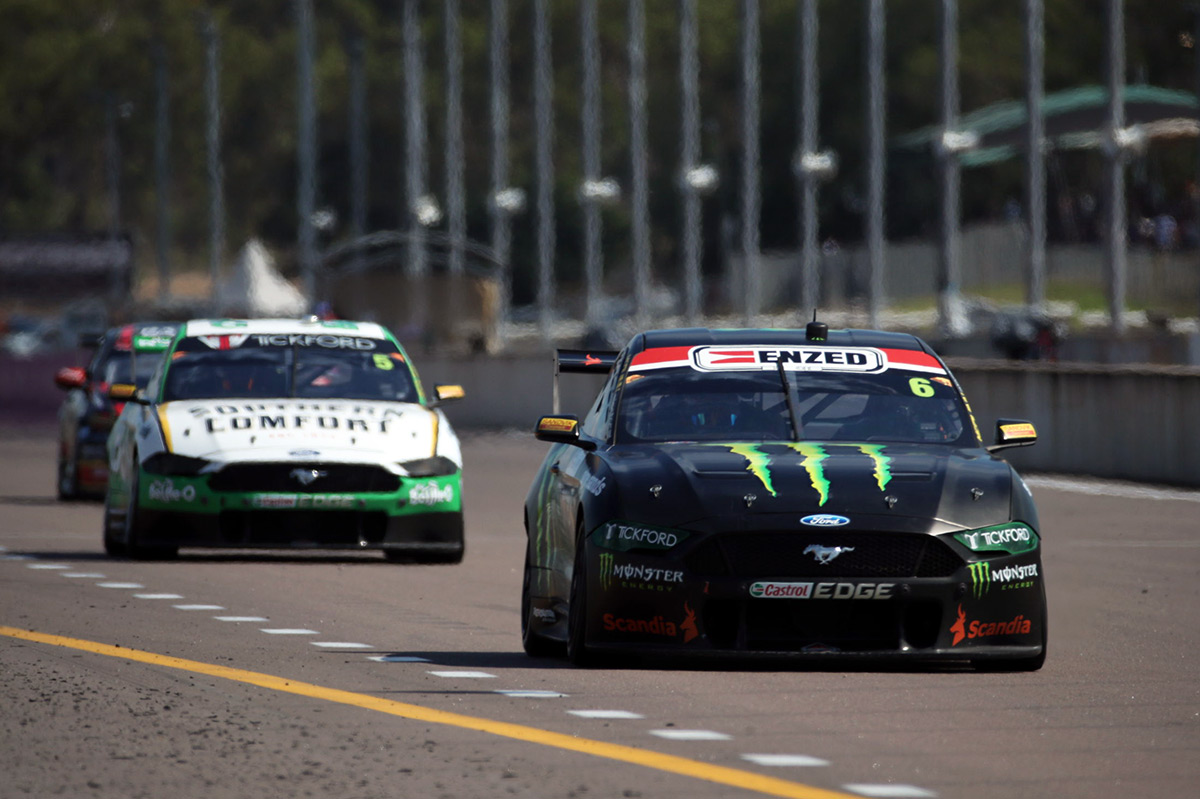 After a difficult 2018, Tickford has been one of the big improvers this season, Chaz Mostert's second on Saturday in Darwin its 10th podium of the campaign.

Mostert is a race winner and sits fourth in the standings, accompanied in the top 10 by Cameron Waters (seventh), Will Davison (ninth) and Lee Holdsworth (10th).

All four Tickford Mustangs finished inside the top 10 for the fourth race of 2019 on Sunday, led by Waters in fourth.

Noting that is "no mean feat", Edwards says the team "want to be on the podium and particularly the top step".

"All told that’s a really good weekend for us," he said.

"Our car speed was very good and for the most part we executed very well.

"The only difference right now is while our cars are very good a couple of cars – one car in particular – are doing great.

"We’re really happy with the results, and right now we’ve got four cars in the top 10 of the championship, which is incredibly hard to do in any championship.

"We’ve got to recognise that, but at the same time we’re racers, and we want more than fourth place, so we have to keep working."

On Saturday, second-placed Mostert was followed by Waters and Holdsworth in fourth and sixth, while Davison ran second early but faded to ninth and then fell to 12th with a penalty.

It has now won 14 of this year's 16 races, with Edwards noting his squad has "still got some work to do to catch that Shell car" after McLaughlin won the Darwin Triple Crown.

"We've made a lot of improvements in the car over the last few rounds," he said.

"We had some new bits on the car at this round and they will continue to be rolled out over the next couple of months.

"We're not sitting still going 'that's good enough', because it's not, but it's still solid to come home and to have four of our cars in the top 10 of the championship, I'm pretty happy about that."