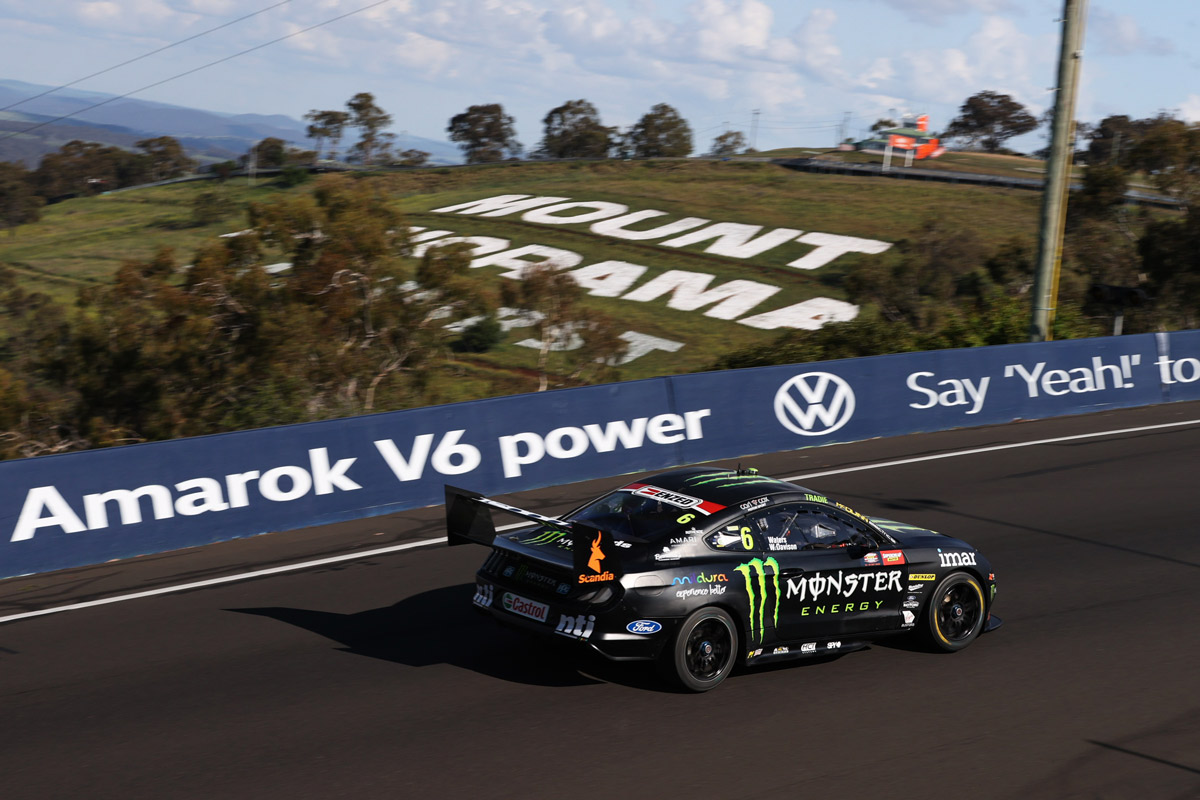 Cameron Waters has rounded out a fine opening day at the Supercheap Auto Bathurst 1000 by sweeping both all-driver practice sessions.

The Tickford Racing star had led the way in the morning’s opening session and then became the first driver into the 2:04s.

From there, the final five minutes had an intense qualifying feel to it as drivers tested the limits ahead of ARMOR ALL Qualifying tomorrow afternoon.

Shane van Gisbergen, Andre Heimgartner and Scott McLaughlin all had turns at the top before Waters came through, right on the tail of the #17 Shell Ford, to grab the ultimate advantage.

Waters, who took his maiden solo race win last time out at Tailem Bend, was almost three tenths clear of McLaughlin in the end.

Heimgartner meanwhile was relieved to see the turn of pace in his NED Mustang.

“We were pretty fast here last year and then it rained for qualifying. Hopefully that doesn’t happen again,” he said.

“It’s really good to come here with a totally different car to what we had last year applying really similar set-up and traits.

“The only thing is I think it lacks that outright last two tenths to get to Cam, but we might be able to tune that up for tomorrow, but it’s comfortable to drive.”

McLaughlin’s best lap came on his second effort, having had the first lap of his final run deleted due to a track shortcut.

“We’ve been fast all day but I just made a little mistake on that fast lap,” McLaughlin said.

“We’re still chasing a little bit of rear stability in the car but overall I’m really stoked with how it’s rolled out.”

Jamie Whincup was just 16th, having threatened to set a more than handy time before running deep at Murray’s Corner.

“The car felt reasonable, we chipped away as the session went on and I just locked the rears in the last sector and didn’t complete the lap,” he said.

“We’re much better than 16th at the moment, but I don’t think we’re the quickest at the moment so we’ve got work to do.”

The pecking order ended up Waters ahead of Kiwi trio McLaughlin, van Gisbergen and Heimgartner, with Nick Percat fifth.

Many teams took the opportunity to offer their co-drivers some extra running to get up to speed; the regulars returning to do the bulk of running in the second half-hour.

There was also plenty of action in pitlane, as crews used the chance to work on fuel stops, brake changes and driver swaps – none of which having occurred since racing resumed in June.

Jake Kostecki was 19th for Matt Stone Racing despite losing time with a transaxle issue.

“I was coming down Conrod and it just didn’t feel right so I came in,” he added.