Charli Robinson has opened up on her life-long “aspiration” to be part of the Repco Supercars Championship broadcast team.

Best known for her work on the children’s entertainment program Hi-5, Robinson joined the pit lane reporting team for the 2021 season.

The mother of two is a feature of pit lane alongside the likes of technical expert Mark Larkham and 2007 series champion Garth Tander.

Robinson reflected on her motorsport roots, saying she is now an “official stalker” of the pit lane.

“I’ve been a Supercars fan since I was born, it’s the way I was raised,” Robinson told Supercars.com.

“My Dad raised my sister and I by going to the Bathurst 1000 our whole lives, although we weren’t allowed on top of the mountain until we were old enough.

“On my first Hi-5 album, it asks what would you be doing if you weren’t in Hi-5, and it honestly says a V8 Supercars driver.

“It’s always been an aspiration of mine. Unfortunately, I won’t be driving, but I love what I do.

“Growing up was always going to the races anyway to watch Supercars, I was traveling alone, up to Townsville and to Clipsal, just because it’s my favourite sport.

“Now working there, it’s like I’m an official stalker.

“I don’t need to just stalk anyone, because I’ve got a lanyard now that says I can be there.” 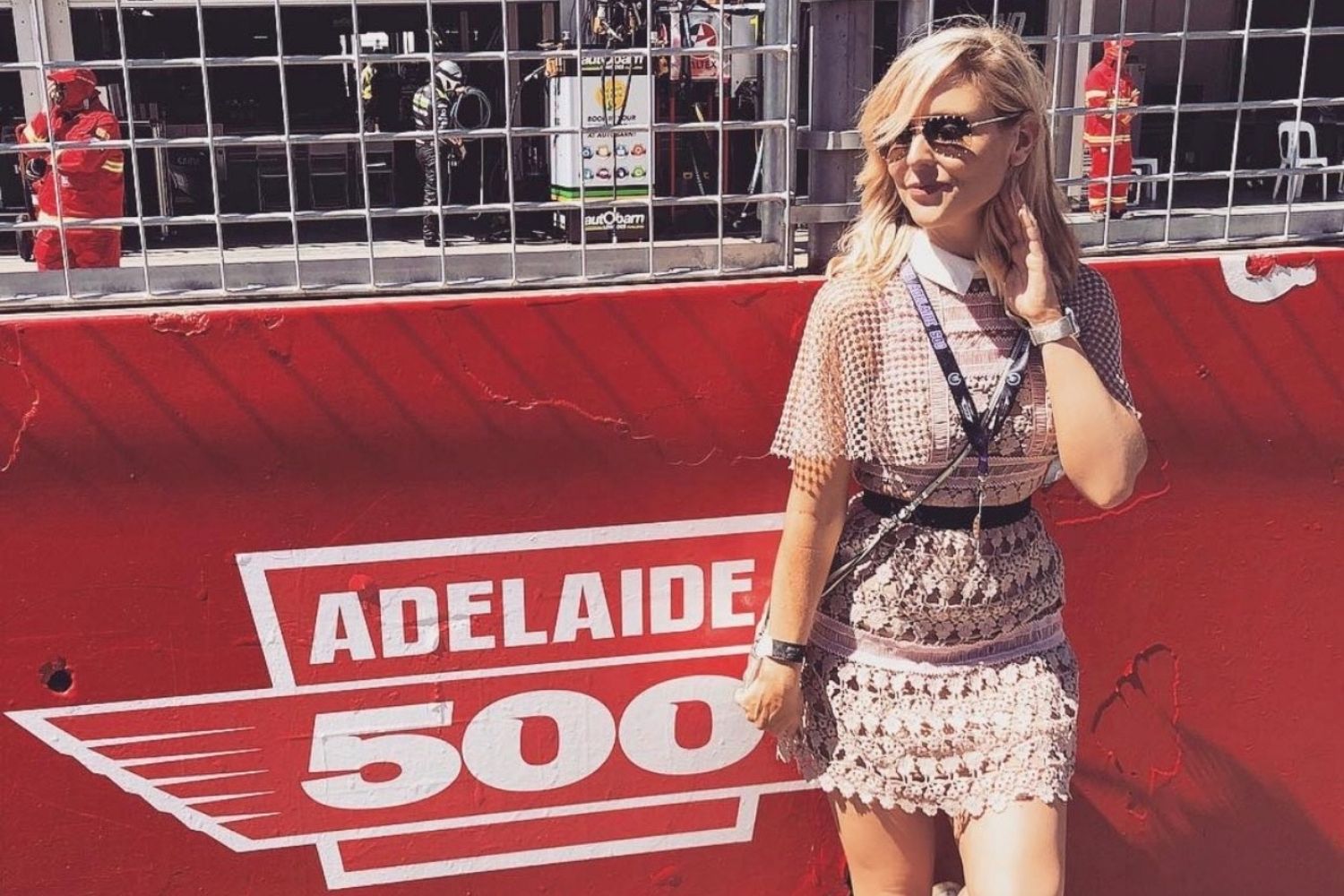 Robinson has presented the popular travel show Getaway since 2014 and is used to juggling life on the road with raising her daughters Kensington and Theadora.

However, after 22 years in broadcasting, the Newcastle-born presenter said her current role is particularly significant.

“I’ve been working in TV since I was 15, but I feel now I’m doing something that I’m so passionate about,” Robinson explained.

“It’s probably the first time I can genuinely say I’m talking on air about things that I like.

“I forget I’m working because it’s genuinely what I want to ask.

“I don’t need to go and research children’s education like I did in Hi-5 or I’m not researching a country or a place like I do on Getaway.

“I’m so interested in the drivers and the sport and what I’m watching. 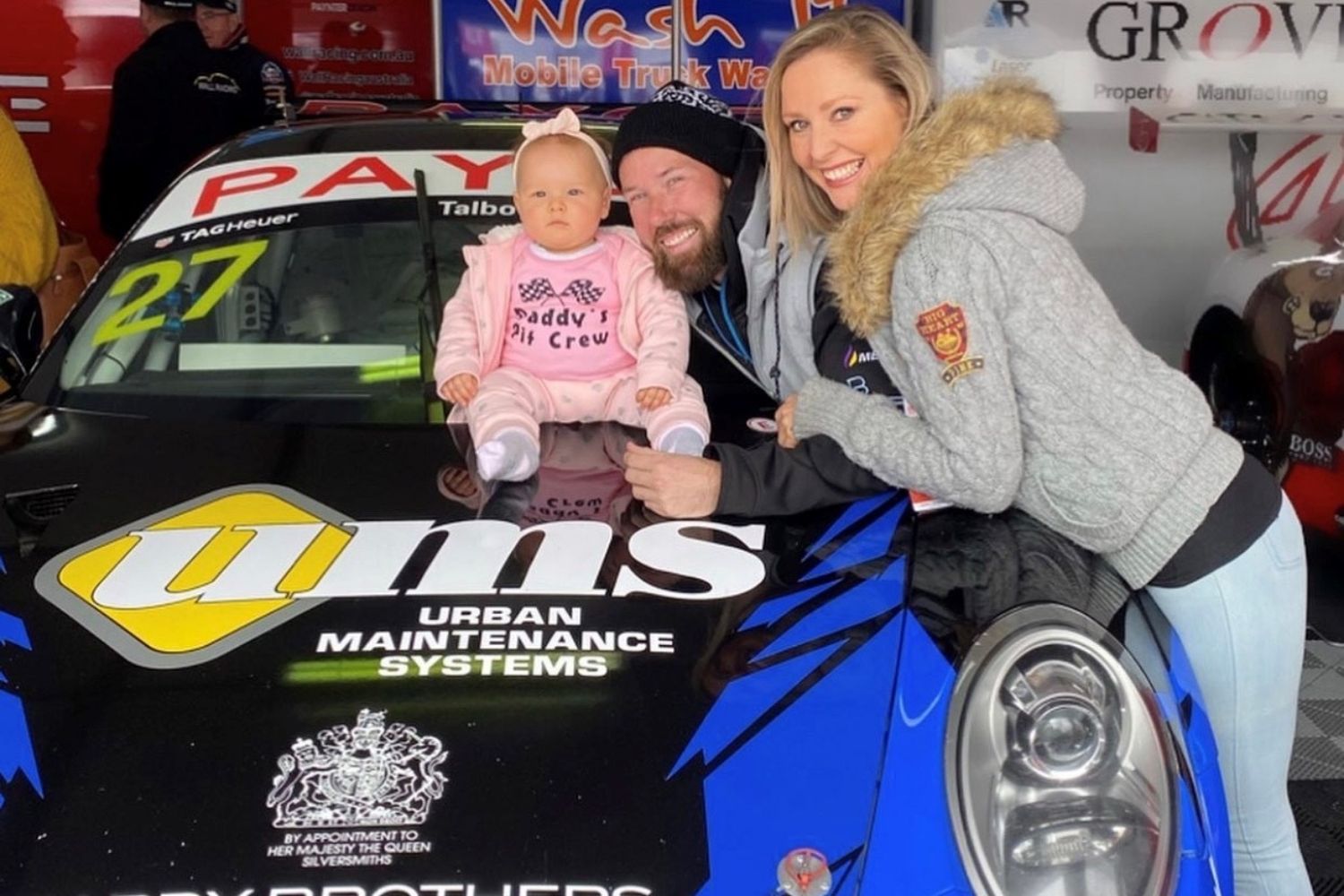 “It doesn’t feel like a job because I’m asking questions, and I’m in an environment that I’m absolutely obsessed with, so it just slots right in.”

Robinson has enjoyed hot laps with Supercar drivers and enjoyed a rare opportunity at the OTR SuperSprint to sleep directly above pit lane at The Bend Motorsport Park.

There, Robinson admitted waking up to the sound of rattle guns was her “favourite sound in the world”.

Partner Liam Talbot is also a racer, and proposed to Robinson on the dummy grid at Mount Panorama in 2019 ahead of his Carrera Cup start.

Robinson is encouraging her daughters to embrace motorsport, and hopes to have them as trackside regulars. 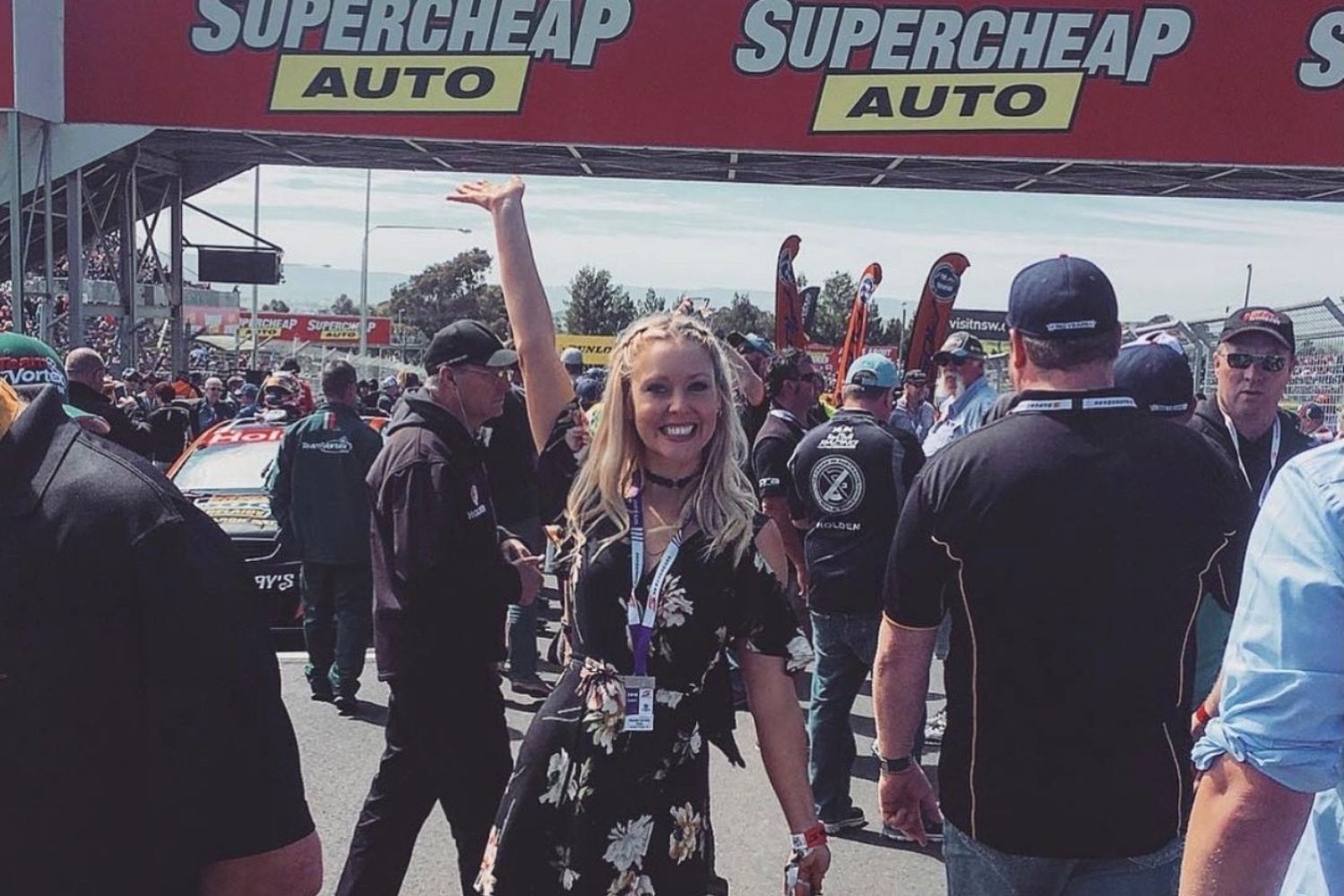 “I’m raising them to love this sport,” she said.

“We already spend a lot of time just sitting in the cars, and we pretend to go over on some things and waving the flags.

“Soon enough, I’ll have them at the track with me anyway, and we can just watch their eyes light up.”

Aware she approaches her reporting role from a different perspective, Robinson acknowledged fans might not be aware of her motorsport background.

Where she thanks fans for welcoming her when they see her trackside, the Gold-Coast based presenter also acknowledged some negative commentary on social media.

“I think coming into the industry, you just need to be strong and realise people are going to say a lot of crap about you,” she said.

“But that’s only because they don’t know you.

“You just have to get on with it and just enjoy yourself and live for you.

“Because the people online don’t know you and they don’t say that to the face most of the time.

“As much as I’ve had bad things said about me, I’ve met the nicest Supercar fans at the track, they’ve been so lovely and reassuring for me.

“We have such great fans at Supercars.

“If you love motorsport, more power to you. Don’t let anyone tell you that you don’t know anything about it.”