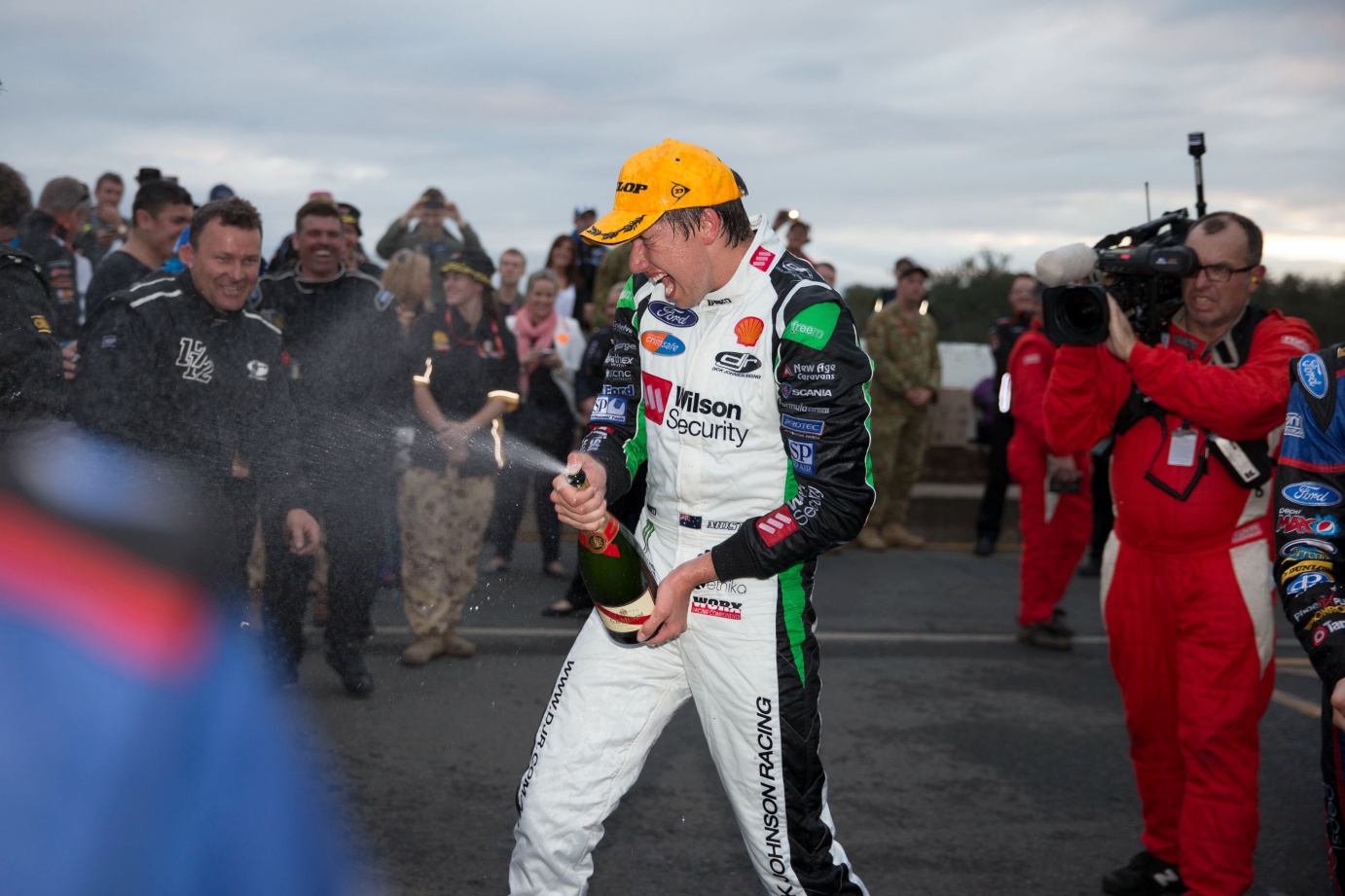 That Chaz Mostert would carve out a Bathurst-winning, title-contending career should have been no surprise after his first weekend in the main game.

In just his third start in Perth, Mostert outraced teammate Tim Blanchard to score a top 10 result, helping Dick Johnson Racing to its best finish of the season.

Just over two months later and after 12 more starts, Mostert was a Supercars Championship race winner, the 10th of the 2013 season.

The runaway winner of the 2010 Formula Ford crown and an emerging Super2 gun, Mostert proved himself in a seismic way on July 28, 2013.

It was a stunning victory, the first of 15 wins to date for Mostert, and the first in three years for the ailing DJR team.

Bringing Mostert across from the Ford Performance Racing stable paid immediate dividends in Perth, and he added top 10s in Darwin and Townsville. 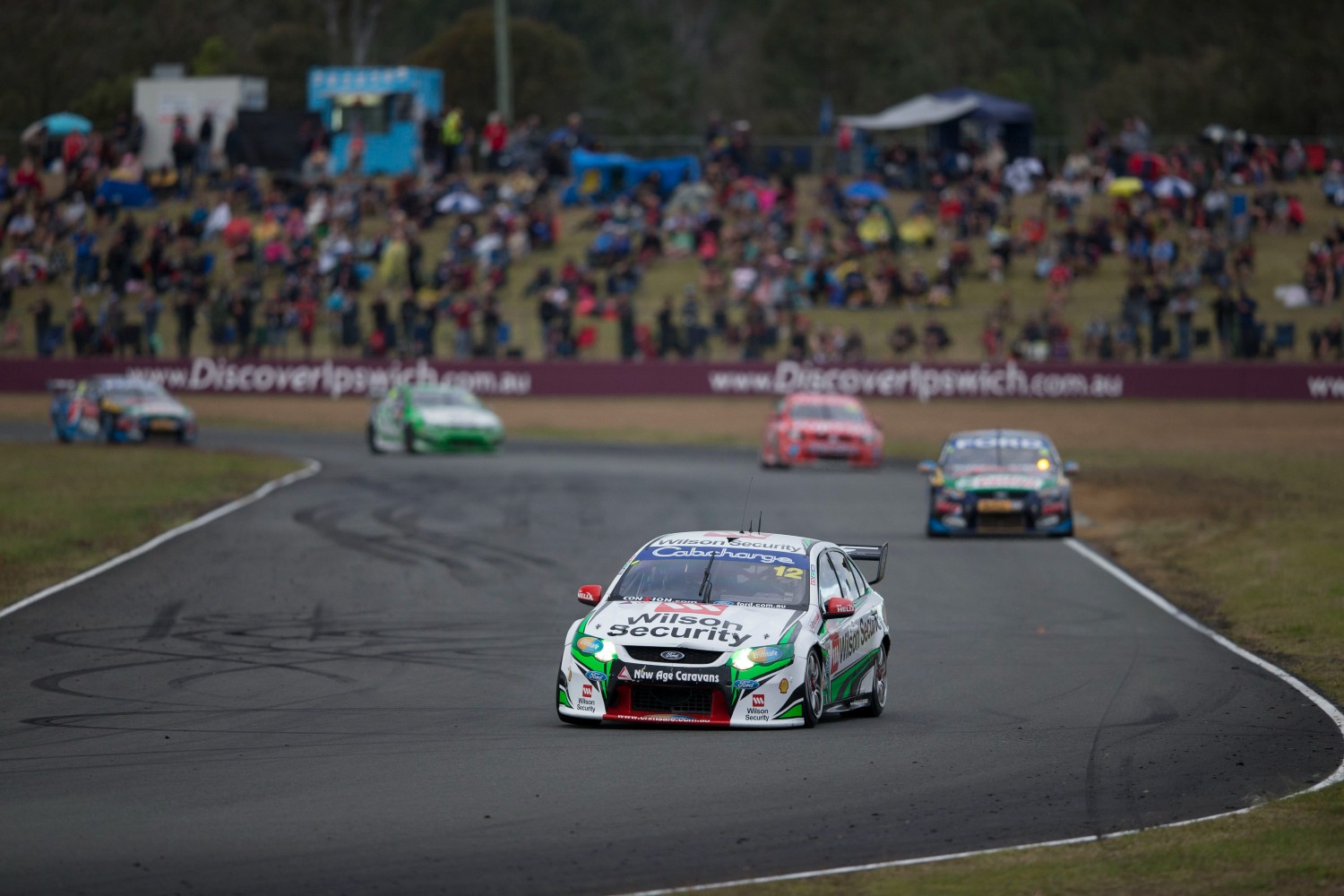 Another rookie in Scott McLaughlin won the first Sunday race at Queensland Raceway, with Mostert sixth.

Having had a taste of the big time, Mostert had an even greater chance in the afternoon race with a front-row start alongside factory Ford ace Will Davison.

In damp conditions, Mostert started on the drier, outside line. The 21-year-old jumped Davison off the line and led the field into Turn 1, and drove away to a two-second win after 32 laps.

But it was far more complex than that. 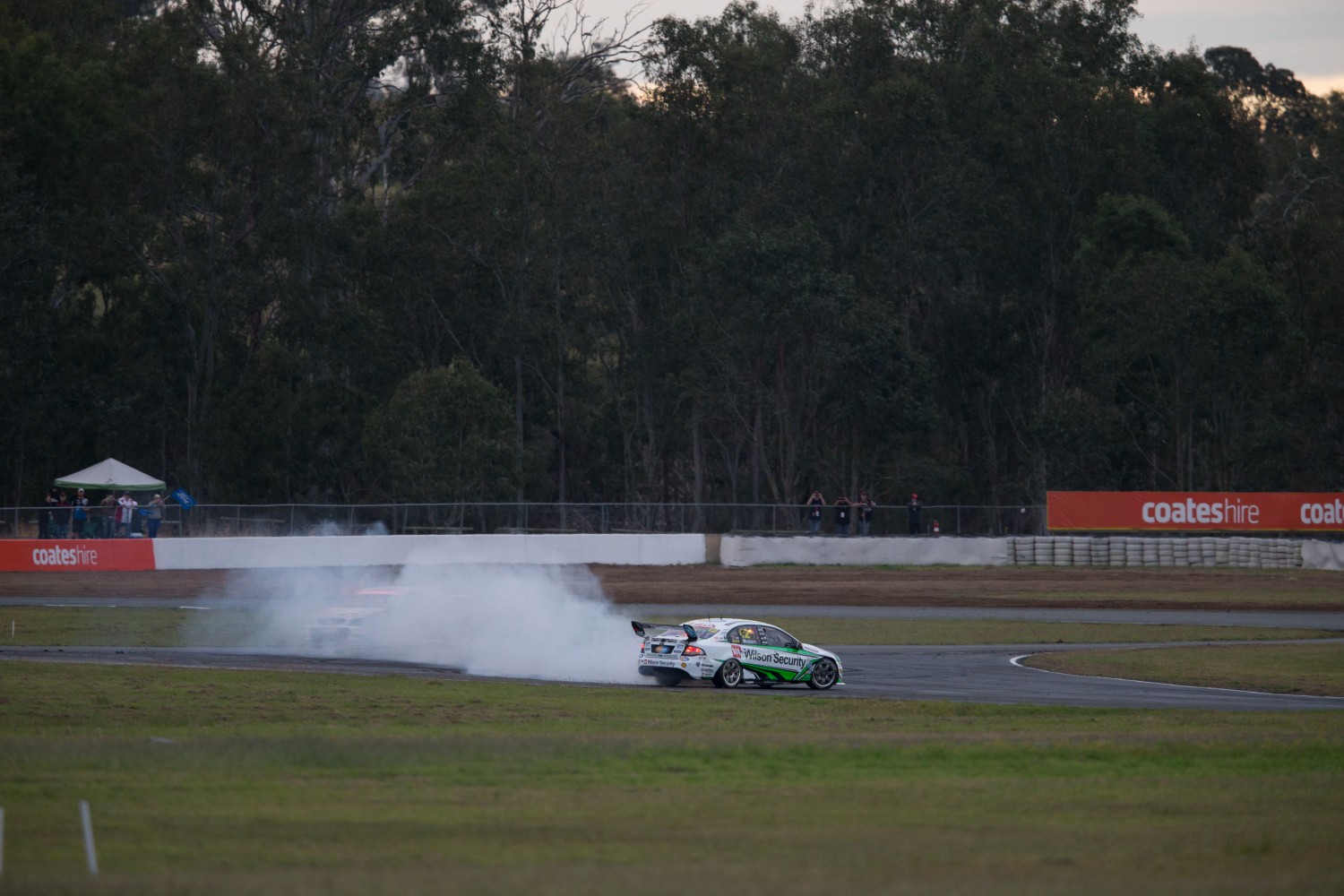 The race began in high drama for Scott Pye, who lunged down the inside of Russell Ingall, forcing Alex Premat off the track. Pye scrambled to 19th, Premat 26th, while Ingall was forced into retirement.

The race was punctuated by tyre failures in the latter half of the contest; notably, McLaughlin dropped out of the fight for the win after his left-front tyre left go. He would finish 20th.

The engine in Blanchard’s Falcon blew on the straight before Turn 3 on the fifth lap of the race. Already, the DJR stable was flung into anxiety as Mostert led the field.

However, it was Davison who slid on the oil under braking on the following lap. Holden Racing team duo Garth Tander and James Courtney suffered the same fate as McLaughlin, as did Alex Davison. 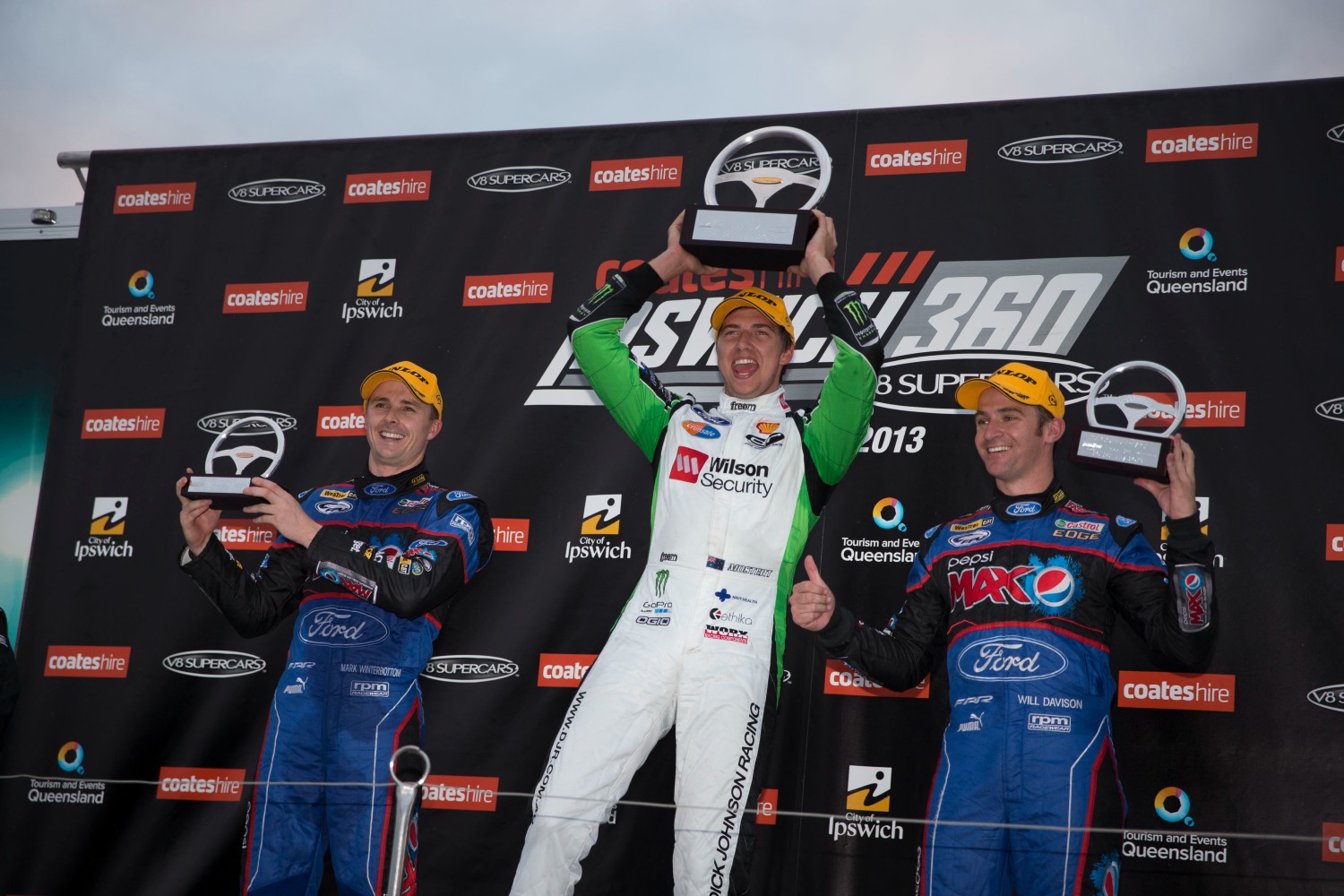 'It is an unbelievable feeling to get the win'

Tim Slade also ran high as second, only to fall off the track in the slippery conditions.

Everyone struggled on the day, Mark Winterbottom finished third, only after battling to eighth in qualifying.

Only a 21-year-old, in only his 15th main game race start since his debut in Perth, seemed to keep a straight car and strong head. 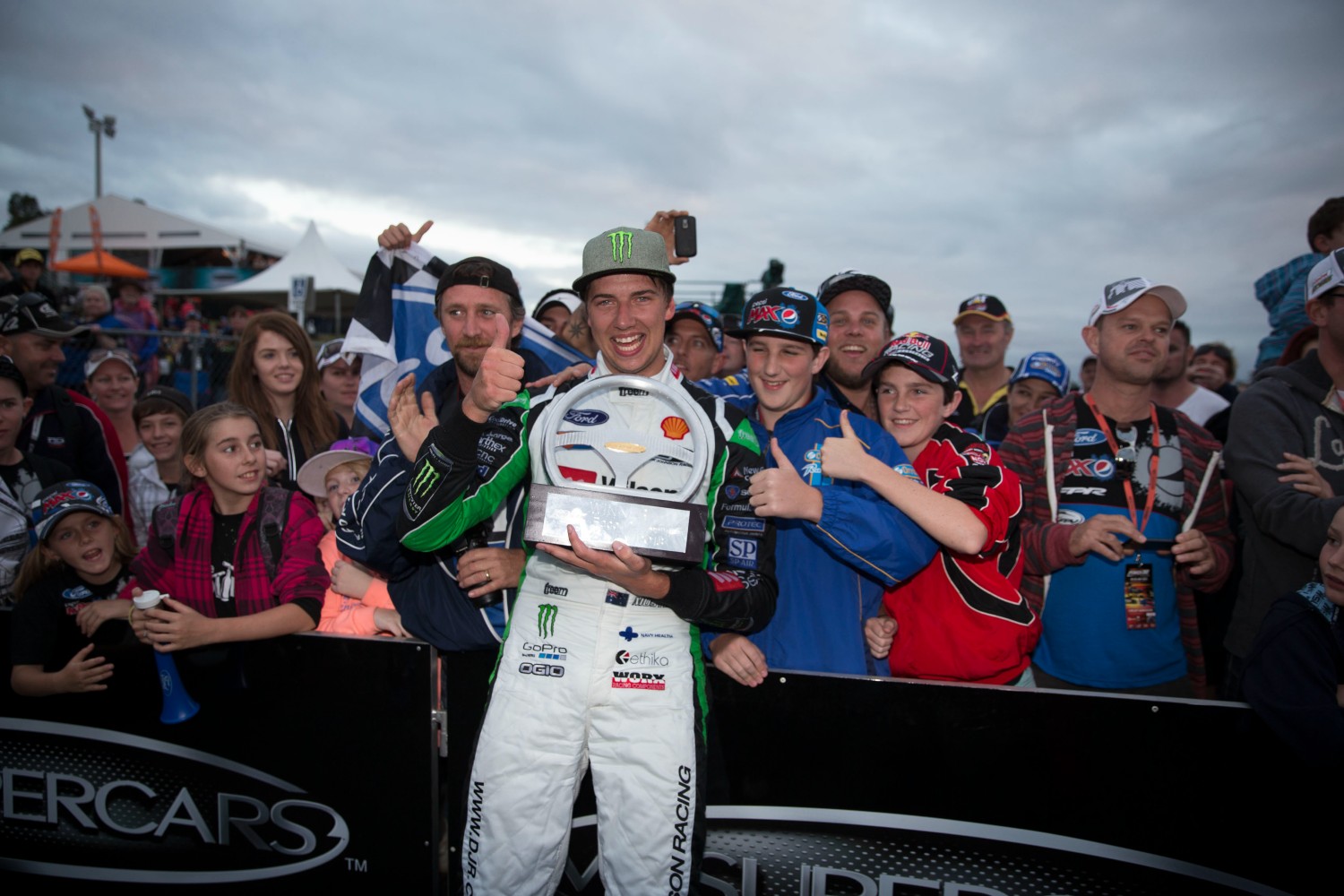 Popular with the fans, as ever

Within 15 months, Mostert was a Bathurst winner in the most extraordinary of circumstances.

Seven years later, he is leading Walkinshaw Andretti United’s charge back towards the front, and is touted as a future champion.

His winning journey started in Ipswich, where he added wins in 2015 and 2017.

"It is an unbelievable feeling to get the win,” he said. 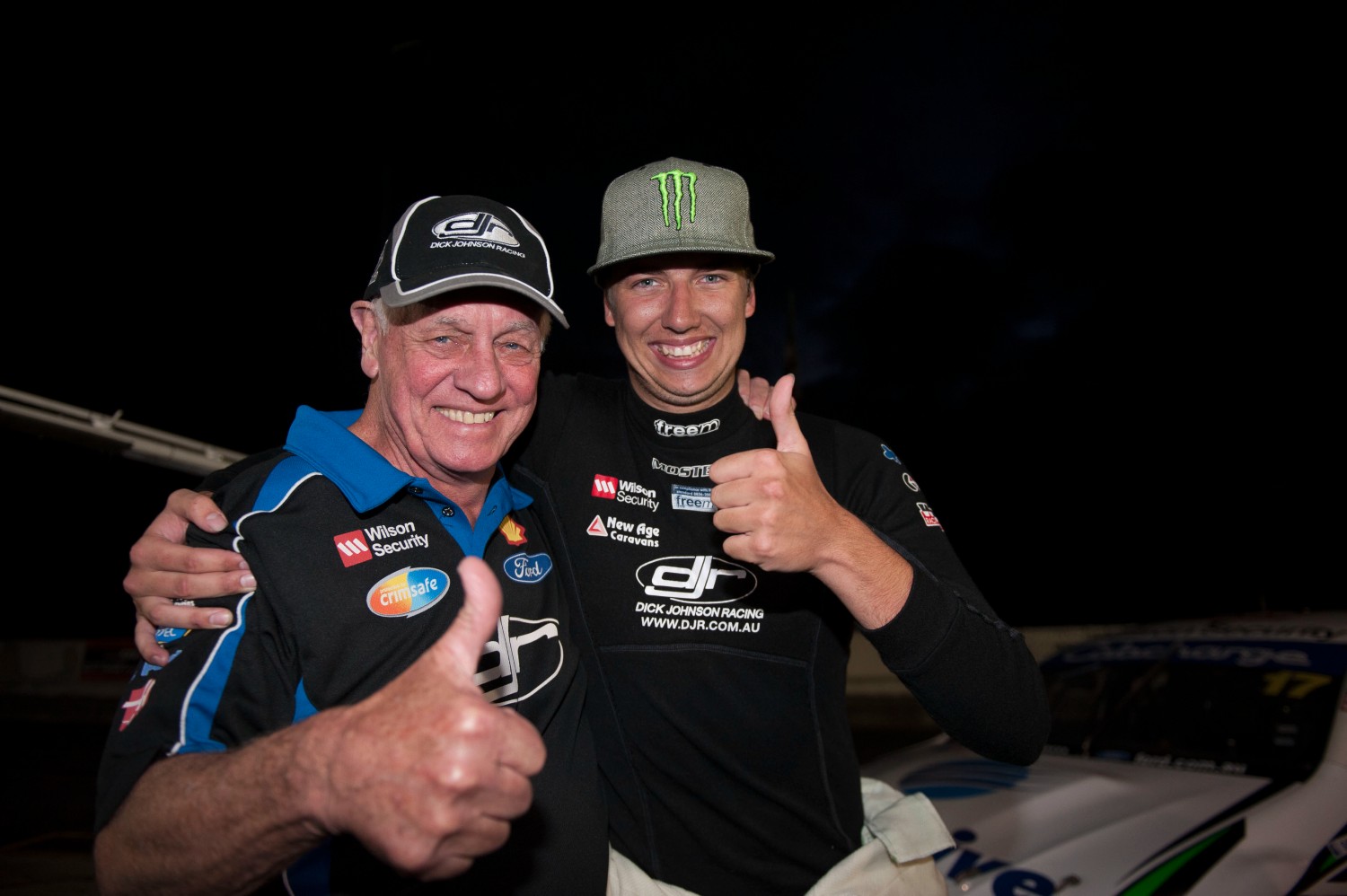 "I am so thankful to DJR and my engineer Adam [De Borre] for giving me a rocket ship this afternoon.

"At the start the clutch grabbed a bit but I got back out of it and grabbed it again and it was fine.

"I didn’t think I could keep the lead on the first lap, but Will was on the damp side and away we went.

“I'll pinch myself in the morning to make sure it wasn't all a dream."