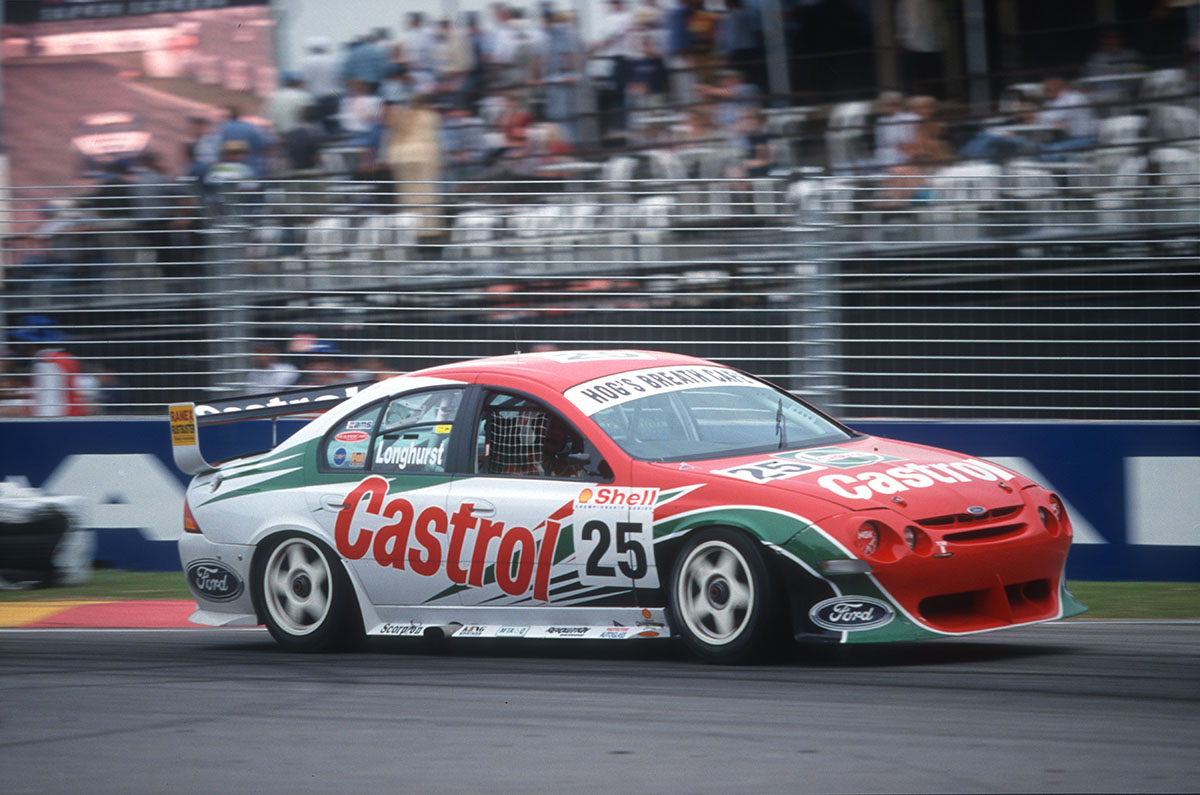 A Castrol Falcon AU V8 Supercar raced by two-time Bathurst 1000 winner Tony Longhurst has been placed up for auction by its Queensland-based private collector owners.

The car, being auctioned here by Lloyds Auctions, comes in restored condition with a range of spare parts and memorabilia.

One of two Falcon AU race cars built by Longhurst’s Gold Coast-based team, this car was the Castrol Longhurst Ford team’s primary machine, chassis LR 0199, and was used in all rounds of the 1999 Shell Championship Series for V8 Supercars, though, on the whole, it was a lightly raced car in the period compared to other AU Falcon V8 Supercars. 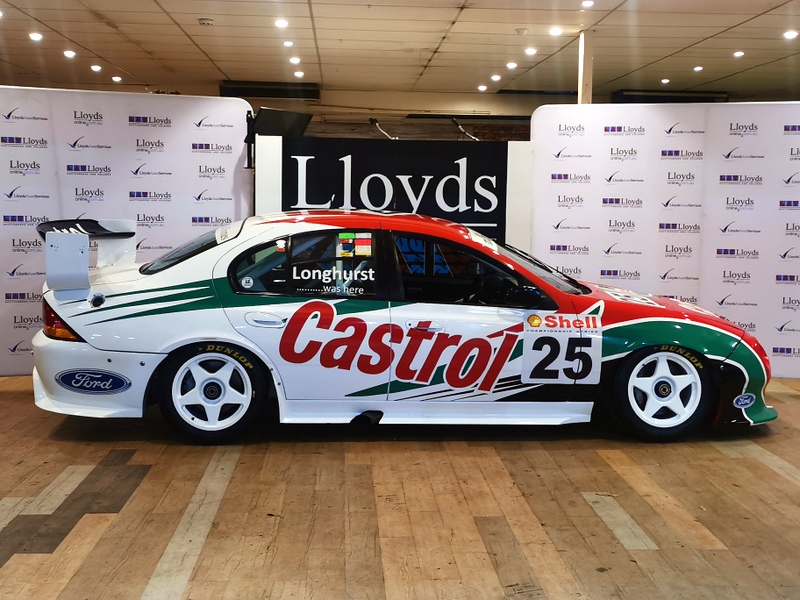 The AU Falcon ready for auction

It was built up from a chassis sourced from Peter Beehag’s ‘On Track Engineering’ business in Queensland.

Beehag was engaged by Ford Motorsport to build and prepare AU Falcon body shells for its various teams in V8 Supercars. His business built both this car and a second AU Falcon for Longhurst’s team.

The car’s chassis number is easy to describe; ‘LR’ refers to the team, Longhurst Racing, ‘01’ means the first car built in that calendar year and the ‘99’ refers to 1999, the year of manufacturer.

Its distinctive white, black, green and red Castrol livery is instantly recognisable by race fans; the oil giant was a long-time partner of Longhurst throughout his career from his early days racing in the 1980s. 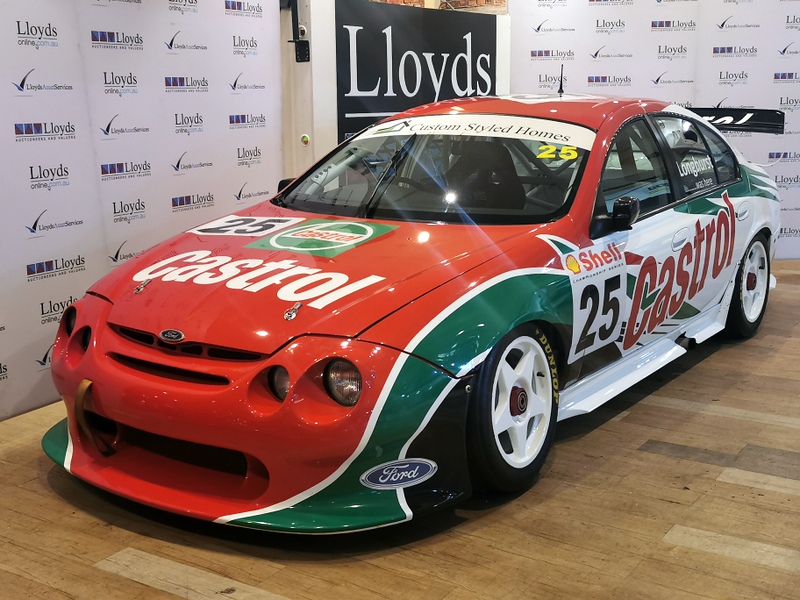 The front of the car

According to its CAMS Log Book that comes with the car (Log Book #408775 issued on January 21, 1999), this car competed in every round of the Shell Championship Series in 1999, including the Queensland 500 and Bathurst 1000 endurance races where his co-driver was 1998 Australian Formula Ford Champion Adam Macrow.

The car was also part of V8 Supercar history in 1999, part of the field at the inaugural Sensational Adelaide 500, an event that became a massive part of the calendar and was inducted into the Supercars Hall of Fame in 2005.

Tony Longhurst had established Longhurst Racing in 1995 after selling out of the LOGAMO Racing team that had previous run the B&H Sierra and BMW programs.  With the backing of Castrol he ran this team for five years and built a total of six Falcon V8 Supercars – four EF/ELs and two AUs. 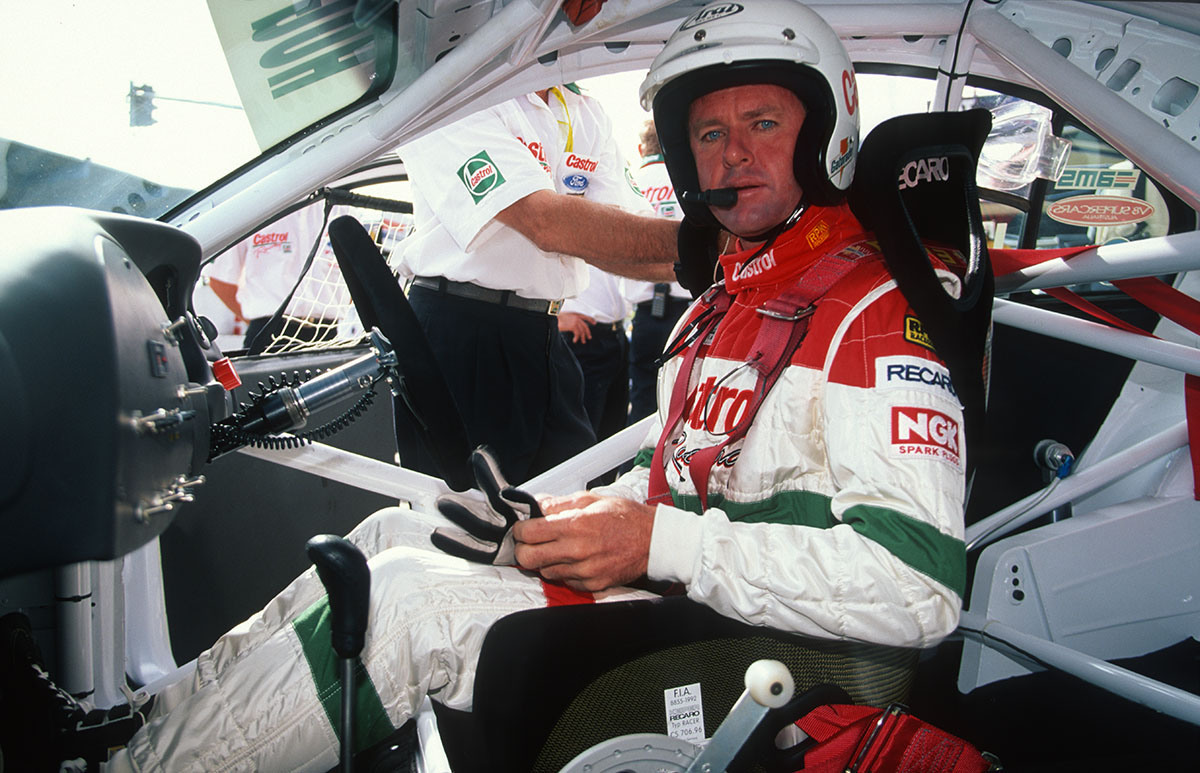 Longhurst behind the wheel of the car in 1999

He sold off his team at the end of the 1999 season, selling this car’s sister Falcon (LR 0299) and his racing franchise to Brad and Kim Jones.

This car, LR 0199, was on-sold and intended to become Team Kiwi Racing’s car for its entrance into V8 Supercars in 2000.

However, the newly developing team decided to change plans and swapped to using a Holden Commodore, so the ex-Longhurst Falcon was sold to South Australian privateer Alan Heath, who drove it in the 2000 Shell Championship Series at Queensland Raceway, Winton, Calder and Bathurst with backing from Coopers.

Heath raced it in the 2001 Konica Series (now known as Super2) as well as starts in the main V8 Supercar Championship Series at the Adelaide 500 and Bathurst 1000.  All up this car competed in two Bathurst 1000s and qualified for three. 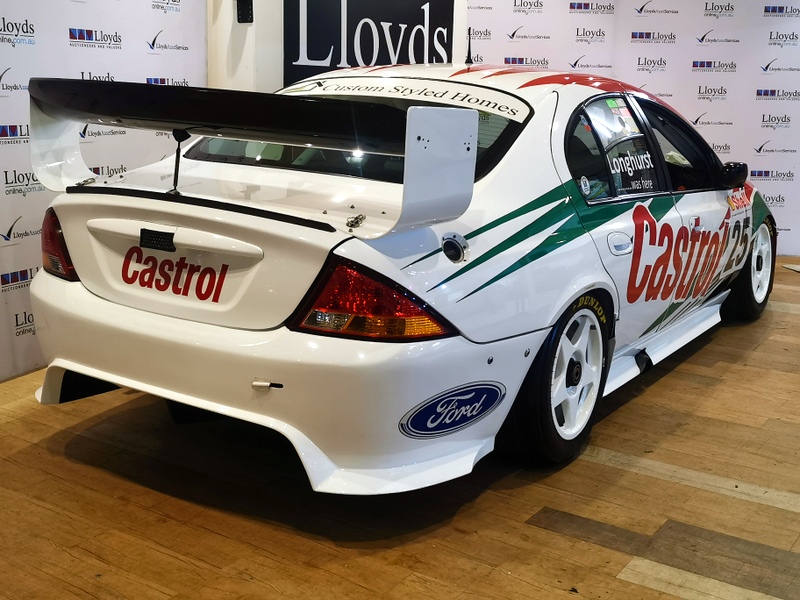 A rear angle of the car

It retired from the race in 1999 with Longhurst and Macrow driving due to driveline issues just 11 laps from the finish while running ninth.

Engine failure in the pre-race warm-up in 2000 meant it was withdrawn, leaving drivers Heath and Terry Finnigan as spectators for the race and in 2001 it finished 18th in the hands of Heath and Dale Brede, its last start in a V8 Supercar race.

Since then this car has been owned by a handful of private owners and restored from the ground up by its previous owner while storing all original parts securely if not remaining with the vehicle.

The engine, H-pattern gearbox, diffs, brakes, panels, tyres, rims plus numerous other parts on the car have been replaced or restored to bring this mighty V8 Supercar back to her former glory in its distinctive Castrol Longhurst livery. 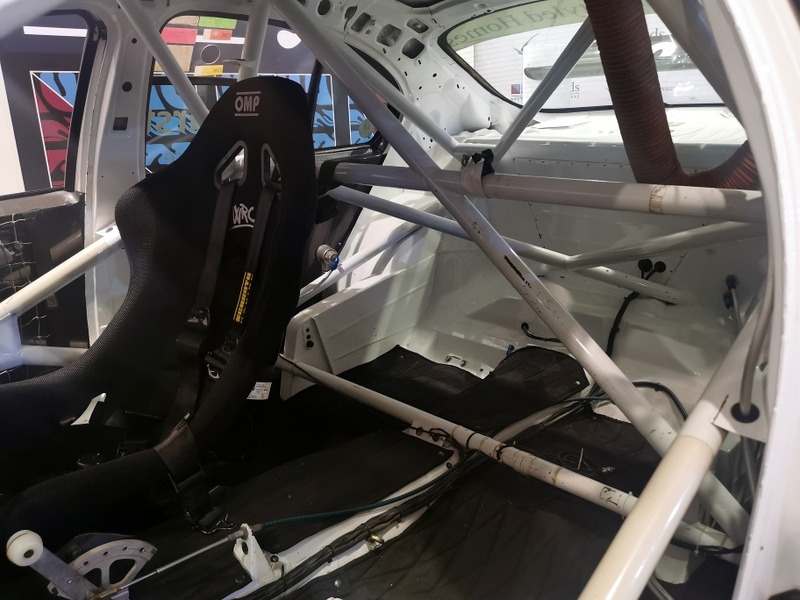 A look inside the car

It has appeared at significant events including the Wakefield Park V8 Heritage round in 2012, the Phillip Island Festival of Motorsport in 2015, Sydney Motorsport Park in 2016 and Challenge Bathurst in 2016.

In addition to the car there is a significant number of spares and memorabilia.

These include a framed and signed Tony Longhurst Castrol Ford racing shirt  , a folder including photographs, receipts and details on the car’s restoration  , original panels used on the car in period that can be placed back on the car, and Dunlop slick and wet racing tyres and rims including brand new wheel nuts.