‘I just want to win the races, Rob’ 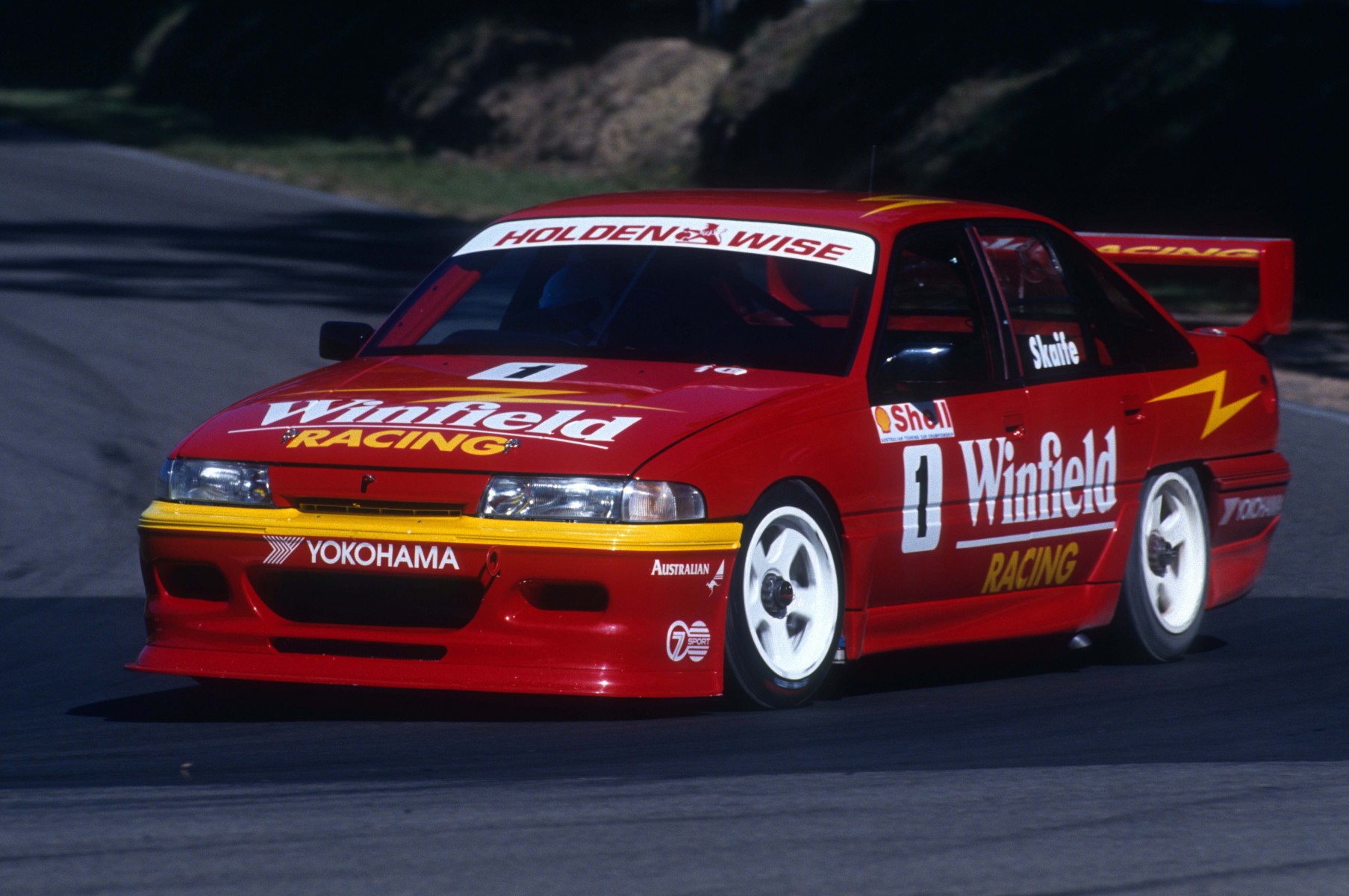 McEniry worked for General Motors from the mid-1970s to the turn of the century, before leading Mitsubishi though the closure of its local manufacturing operations.

Starting out with GM Holden in dealer business management, McEniry rose to marketing director, putting him in touch with the company’s racing efforts.

That included being instrumental in Holden’s divorce with Peter Brock over the polariser in 1987, and subsequent establishment of Holden Special Vehicles with Tom Walkinshaw. 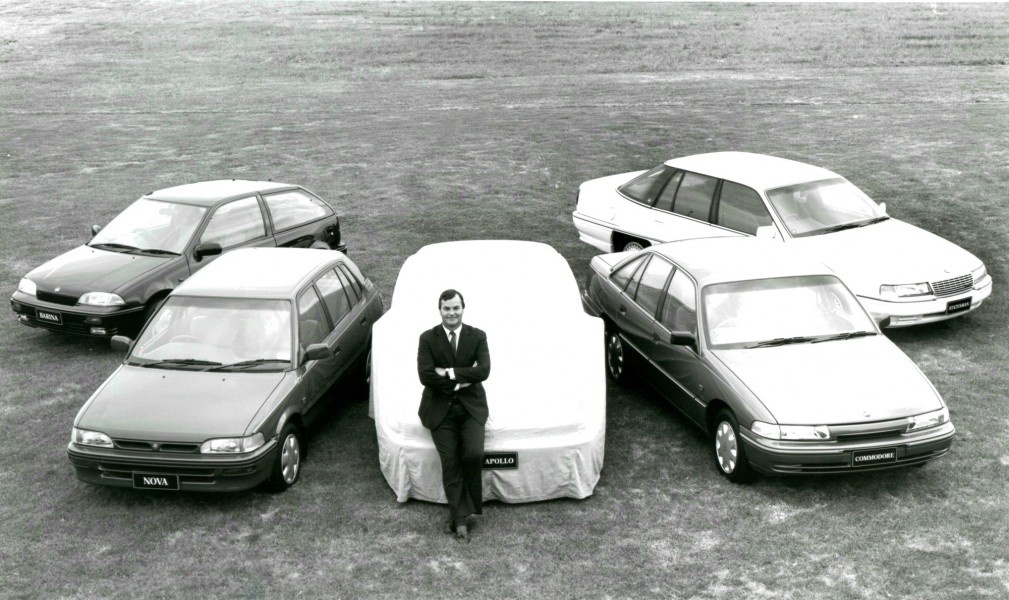 McEniry was a key player in Holden's joint-venture with Toyota

While those moves will remain McEniry’s greatest influence on the history of the sport, Skaife revealed the executive also helped set the wheels in motion for his own career with Holden.

Skaife won his first of five Australian Touring Car titles in 1992 with a Gibson Motorsport Nissan GT-R, but the team was at a crossroads due to the advent of the new V8 formula.

McEniry’s support was vital to Gibson’s decision to go with Holden for 1993, which was a shock thanks to team owner Fred Gibson’s previous links with Ford.

“Rob was a really savvy, strategic guy. I found him to be one of the best automotive blokes I’d ever dealt with,” Skaife told Supercars.com after attending McEniry’s funeral last week.

“In terms of what Supercars is and what it stands for today, he was very much part of setting up the whole V8 era.

“When at the end of the Nissan period things were being changed to the V8 formula, there was a lot of conjecture as to what we’d do.

“Clearly it was the biggest change that we’d ever had to make. It was like Roland [Dane, Triple Eight owner] going from Ford to Holden in the course of the off-season. 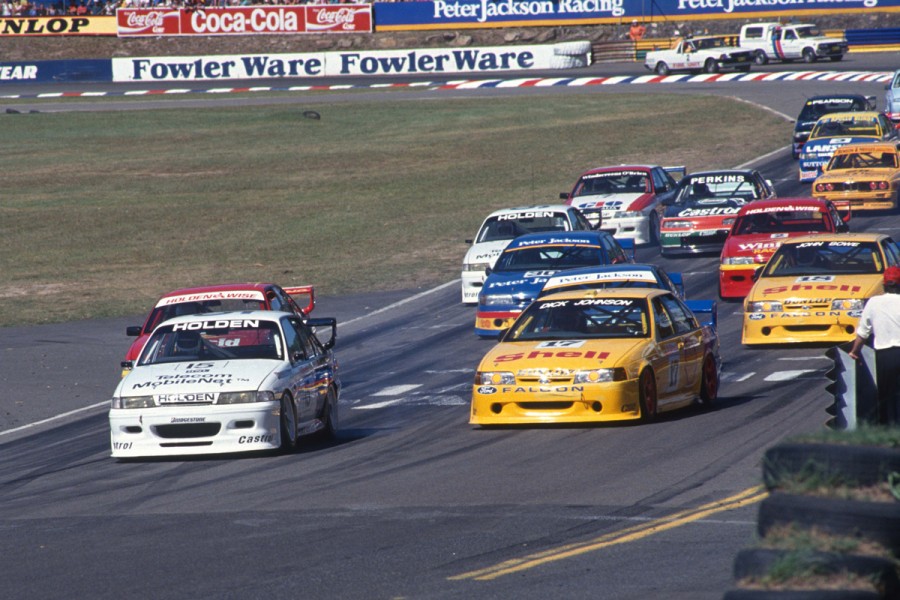 “The interesting part was that Fred was quite keen to go with Ford, because of his Ford factory drive and relationship with Ford for many years.

“And at that time Rothmans (then parent company of sponsor Winfield) had about a thousand Ford company cars, mainly Falcons, so the commercial drivers were Rothmans and Ford.

“I was the odd man out in the team, being quite keen to go with Holden, only really because I thought TWR (Tom Walkinshaw Racing, running the Holden Racing Team) would do a better job of homologating a Commodore versus the Ford.

“We could see that Dick Johnson and Glenn Seton were already ahead of the game from a Ford standpoint, and [Larry] Perkins and the HRT were working hard from the Holden standpoint.

“I basically did a big synopsis for Fred and we weighed up the pros and cons.

“We had a heavy meeting at Holden in their boardroom and Rob McEniry was the man at that time. Ross McEnzie was there too, and also John Stevenson as the motorsport manager.

“I didn’t say anything in the whole of the meeting and when we got to the end, Rob said ‘you haven’t said anything young man, what would you like to do?’.

“My exact words were, ‘I just want to win the races, Rob’. And from that day on we had an amazing relationship. 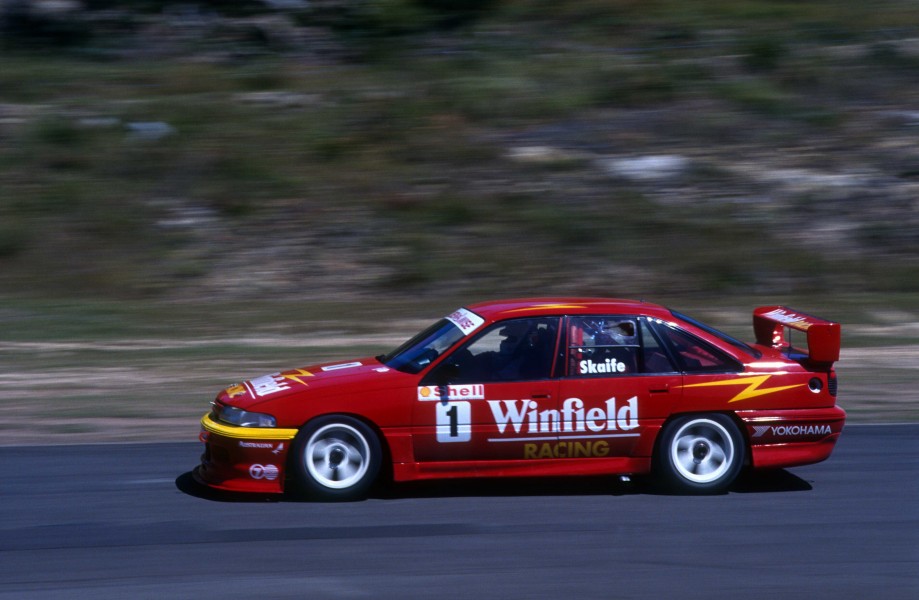 Gibson flew the Holden flag in 1993

“In 1994, I won the championship for Holden, which was their first since Brock in 1980, and Rob sent me a picture of our Winfield Commodore signed ‘I just want to win the races’.

“That was the term we adhered to together.”

As it turned out, the Ford package was the one to have at the start of 1993, with the Seton and Johnson outfits so dominant that a mid-year parity adjustment was required.

The Gibson entries of Jim Richards and Skaife ended up as the top two Commodores in fourth and sixth in points respectively, with the former winning the last two rounds.

Had Gibson gone with Ford, the results would have been even more one-sided, undermining the two-marque rivalry that the new rules were designed to reignite.

“TWR did such an ordinary job of homologating the car. They didn’t put a floor in the front spoiler, so it had no undertray affect,” recalled Skaife.

“You had a 150mm perimeter with no floor. As it turned out, the biggest thing that determines car speed to this day, how much front aero have you got, they had none!”

The Skaife/Richards Commodore went on to finish second at Bathurst to Larry Perkins’ Castrol Holden, before Skaife returned to dominate the 1994 ATCC season.

A heavy crash for Skaife at the start of 1995 and the end of tobacco sponsorship at year’s end soon halted the Gibson team’s progress, just as the HRT started to hit its straps. 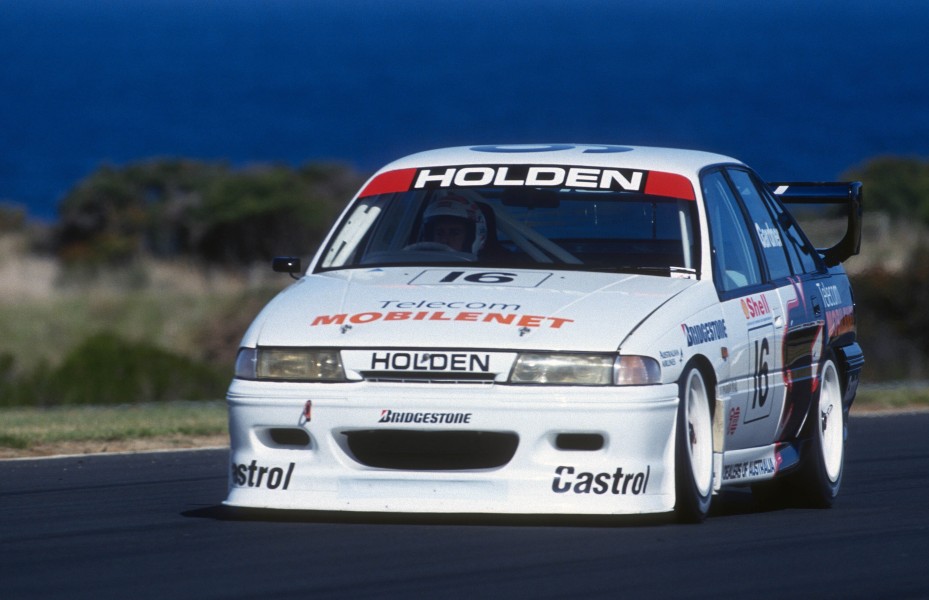 However, Gibson was undoubtedly Australia’s powerhouse race team in the early 1990s and, according to Skaife, came close to taking over the HRT name and backing.

Skaife says the factory backing would have been transferred from the struggling TWR outpost had it not been for the savvy of then then HRT and HSV boss John Crennan.

“We were close [to becoming the HRT] and I’ve got to say, the only reason that we didn’t was one of the best operators in Australian motorsport history, John Crennan,” said Skaife.

“He knew the GM system so well and was so well connected from a Holden perspective that on every occasion the road block always led to John.

“From a competitive standpoint, absolutely, in those days it [Gibson] was the Roland Dane-style race team. We still got a significant amount of money from Holden for very little signage.

“We were always vying for the factory relationship, but the reality was John played a clever factory game.”

McEniry moved within the GM empire to Saab during 1993, paving the way for Brock to return to the factory Holden fold in '94, and signalling a desire to expand his own career globally.

That led to a stint working at GM's Detroit headquarters, where McEniry became the international line executive for large cars, helping spawn the platform that underpinned the VE Commodore.

13/07/2018
Stay In The Know
Sign up to the Virgin Australia Supercars Championship Newsletter
We use cookies to ensure that we give you the best experience on our website. If you continue to use this site we will assume that you are happy with it.Ok