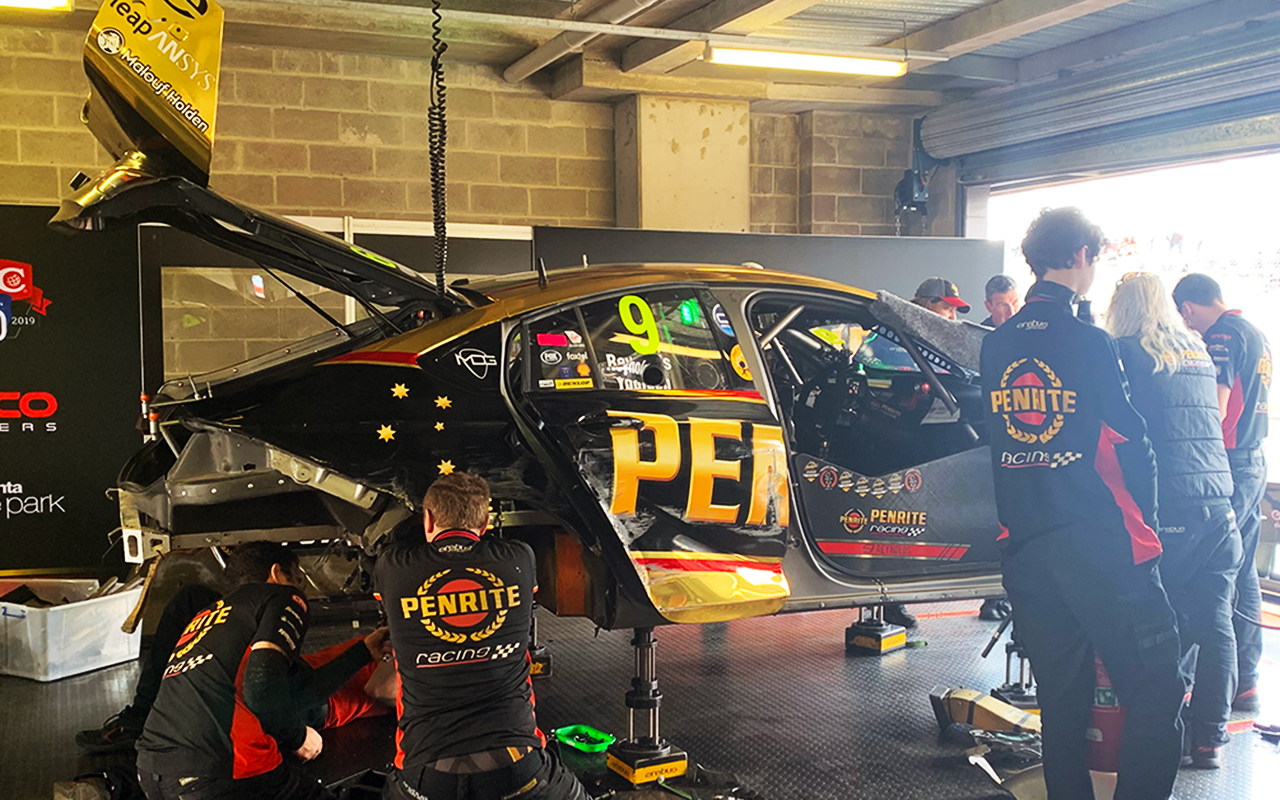 Penrite Racing’s Bathurst campaign is on the back foot after a heavy crash for David Reynolds' co-driver Luke Youlden in Thursday co-driver practice.

Youlden ran wide 20 minutes into the hour-long Practice 2, slamming the wall at Sulman Park and leaving the Penrite crew with a sizeable repair job on their hands.

A disappointed Youlden later explained the incident, having needed to make a compulsory visit to the on-site medical centre.

“Just lots of understeer into the grate and just didn’t make it out obviously, just wouldn’t turn for me,” he said.

“We were battling with it a lot and we made a change to try and combat it, but I obviously went in too deep, I just messed up.

“It set off whatever the thing is in the car, it was over a 20G hit or something, so it was a compulsory concussion test and things. They’re hard to pass!”

Youlden is one of the field’s most experienced co-drivers, lining up for his 20th Bathurst start this weekend.

“Very disappointed in myself,” he added.

“I regard myself as a fairly safe pair of hands. The pace is hot, we were trying to do our best to push the team forward.

“We believe we’ve got a pretty quick car, so I was expecting more grip to be honest.”

Reynolds visited Youlden in the medical centre, trying to lift his co-driver’s spirits.

“He’s just probably emotionally scarred. It’s difficult when you have a shunt around here,” he said.

“Hopefully he just relies on his experience and his skill and we’ll give him some laps and build him back up again.

“I need laps too. I’m confident around here but you’ve got to be super-confident to qualify at the front.

“It’s not ideal right now but we’ll just have to make it work.”