‘I felt like I’d done a rally’: Molly Taylor on pit lane reporting 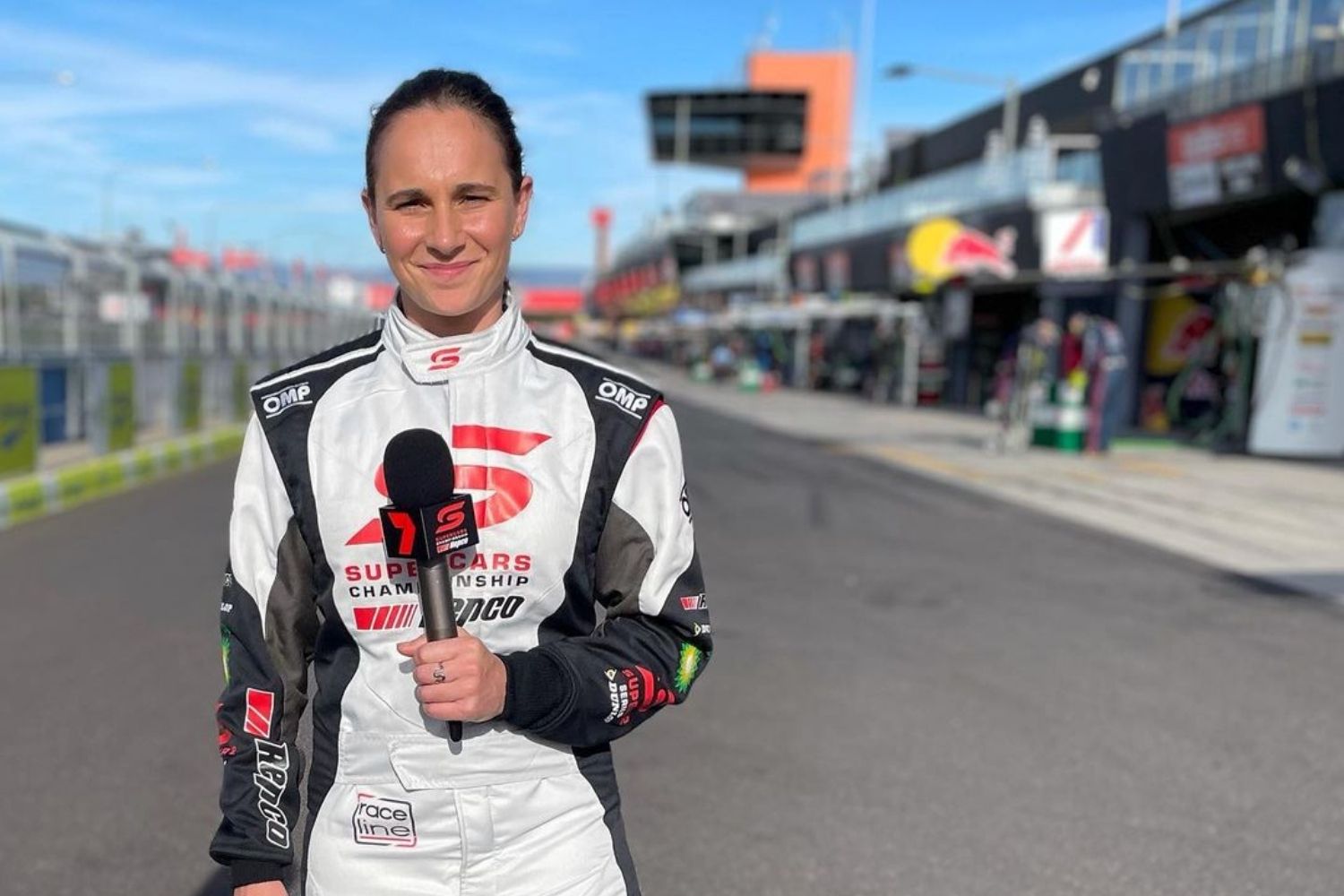 Rally star Molly Taylor is well known for taking on a challenge.

Moving overseas when she was 20-years-old to pursue her dream in the World Rally Championships, Taylor achieved podiums in WRC before returning to Australia as part of Subaru’s factory team.

In 2016, Taylor achieved two big milestones, becoming the youngest ever winner and the first female to claim the Australian Rally Championship.

Turning her hand to pitlane reporting as part of the Channel 7 broadcast team for the 2021 Repco Supercars Championship, Taylor joined the coverage of the Repco Mount Panorama 500 in March.

“It’s really fun to do a bit of pitlane reporting, earlier this year,” Taylor told Supercars.com.

“I need a bit more practice though, the professionals make it look easier than it is!

“I’ve really enjoyed being at the track from a different perspective, to be the interviewer instead of interviewee, and it’s cool to see it that way and be a part of the action.”

Taylor is set to compete in the third round of the Extreme E season in Greenland across August 28-29.

Currently in the UK and living out of a suitcase for the past three months, Taylor admitted it is a ‘crazy time’ in her life.

But when asked what is more stressful, pitlane reporting or competing, her answer is surprising.

“They are both pretty stressful, and have a lot of pressure, but I think my first pit lane reporting experience was more stressful than racing,” Taylor said.

“I felt completely wiped like I had done a WRC rally by the end of the weekend.

“At the moment as it’s still new, it’s definitely a bit more stressful as I’m trying to find my feet.

“They both come with a lot of pressure and excitement too, I love the buzz of it.

“I was surprised because I didn’t think you would get a similar kind of buzz when reporting, but you definitely do.

Completing a test in Brad Jones Racing’s Super2 car piloted by Macauley Jones in 2017, the rally champion admitted she almost had a career in Supercars.

“It was an amazing day, and I loved it, Taylor added.

“Unfortunately, we couldn’t get anything to come together at the time, but I would definitely love to have another go at it.”

Taylor is set to return to Australia following the completion of the Extreme E in and World Rally Championship seasons.