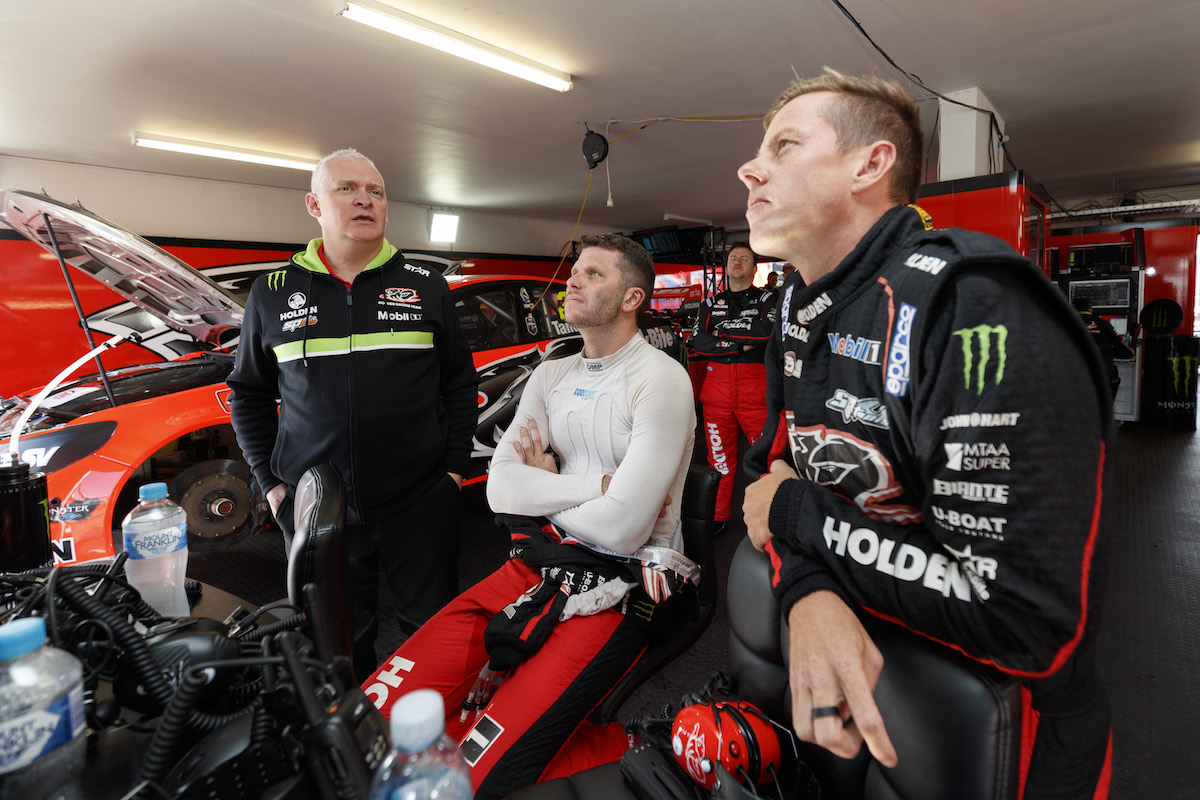 While Holden Racing Team’s new engineering philosophy and process is showing promising signs, there are no predictions of breakthrough success at this weekend’s Woodstock Winton SuperSprint coming from inside the factory squad.

Instead, team boss Adrian Burgess told supercars.com the objective was to continue progress he says has been achieved since the decision to make fundamental engineering changes was adopted for its pre-Perth test at Winton.

“Winton needs to be another step in the process,” said Burgess. “We are certainly not going to go there saying we are ‘going to do this or do that’ but if I can see and feel a positive direction within the team and we are getting closer to what we ultimately want then that will be a good outcome.”

HRT’s decision to go in a new engineering direction with its Commodore VFs first came to light at the Perth championship event when driver James Courtney talked about the team’s ‘come to Jesus moment’ after a disappointing outing at the Phillip Island SuperSprint.

While Burgess played that description down he did confirm fundamental changes had taken place.

“I wouldn’t say it was a come to Jesus moment,” Burgess said. “We are fairly hard on ourselves after every race if you don’t achieve what you go there to achieve. There has been some frank discussion within the group, but then there always has been.

“But everyone has got to be honest, everyone has got to be frank. You have got to prove what you preach at the end of the day and that’s why we have been keeping that to ourselves and not there swinging from the treetops saying ‘we are doing this’ or ‘we have found that’ and we are not saying we are going to win the next event because it is not going to happen like that.

“It is a process we have to go through and it never comes as quick as you want it to come. But I think we are starting to develop a car that is giving the drivers the type of feedback that they need for them to be able to do what they do best.”

Burgess confirmed the engineering changes did not bring with them any personnel change beyond the restructure that happened at the start of the season when the Walkinshaw Racing operation cut back from four cars to two.

He reaffirmed his faith that WR’s engineering crew, led by Englishman Alex Somerset, could do the job.

“I have got confidence in the group of people,” he said. “They just need to look at everything and be honest with themselves … They have to take the emotion out of it and take the ‘I designed this so it must be right sort of mentality’ away from a few things and put everything under the microscope.

“There is no silver bullet,” he added. “You have got to start, you have to identify the bit that you think is giving you issues, remove it, work out what your new philosophy is and change the components that aren’t quite right.

“It then takes time to build the set-up, the direction and the confidence of the whole group around a different philosophy on how you engineer the car.”

Burgess explained the primary issue lay with delivering Courtney and team-mate Garth Tander cars they could drive to the limit in qualifying, arguing with some justification the team’s race pace was less of an issue.

“At the end of the day the car hasn’t been giving the drivers the level of feeling and confidence they need to put it on the edge,” he said.

“Our race car is different. You don’t drive the car as hard. You are not threshold braking, you are not on the threshold of the grip every lap of the race compared to qualifying and that’s why we tend to do a better job (in the race).

“But the cars don’t give the driver the feeling that he needs in qualifying on that one lap.”

In Perth there was evidence of progress with the two HRT drivers qualifying in the top 10 three times in four sessions and racing forward from their starting positions in both races. Tander’s two 10th place grid positions were his first times in the top 10 in a championship qualifying session since the opening race of the season at Clipsal 500.

Tander is seventh in the championship and Courtney, who has claimed HRT’s only race win of the year so far in Adelaide, is eighth.

Both Courtney and Tander are out of contract this year and Walkinshaw Racing’s deal with Holden is also up for renewal.