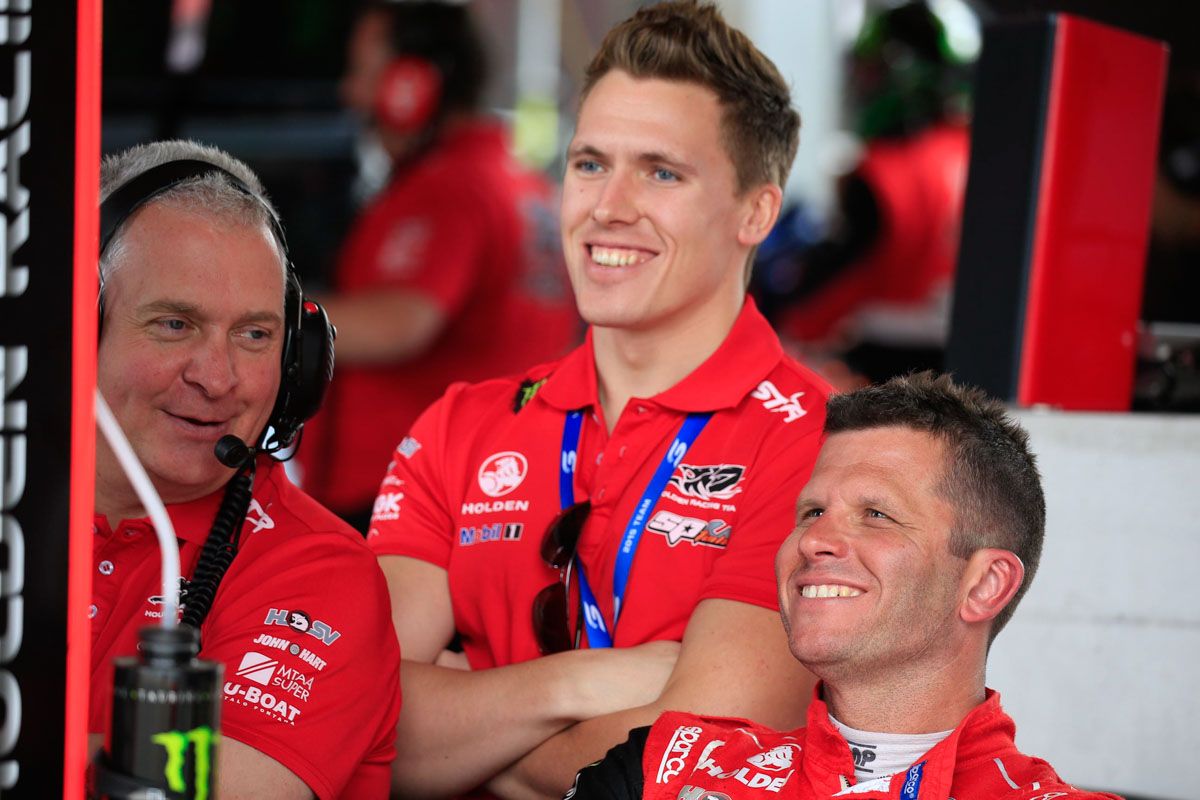 Adrian Burgess would love to send Garth Tander off with a win at the Homebush finale, when the Holden Racing Team driver lines up for the final time as full-time driver with the factory Holden squad.

The Walkinshaw Racing boss praised the 2007 champ’s attitude after learning he would not continue with the group for 2017, as focused as ever on growing his 54 race win record with a heartbreaking miss at Bathurst and ultra-aggressive charges through the enduros.

Tander earned the first ever win at the Sydney Olympic Park street circuit driving for HRT in 2009 and looked close to a result in 2014 before sliding off a wet circuit, seconds before the safety car was called to control the field in a torrential downpour.

“We’ll go there trying to win with both cars and if it is GT, then bloody great; if it’s James, then great,” Burgess told supercars.com.

“One of the good things about GT is he hasn’t let his head dip, not for one moment since Sandown would anyone think he is sandbagging or not working for the team.

“He has finished this period in good spirits, working well with the engineers and working as good as ever in the races, so we’d be really happy to send him off with a race win and I’m sure he’d like to add another one to his tally before he goes.

“We normally have good cars there, so we’re going there hopeful we can have a strong weekend, finish second in the teams – if we do, if we don’t, it’s not make or break for the year. The year has been pretty average, to be honest.”

Pukekohe was a difficult place for HRT last year, and heading into the event this time around Courtney alluded to the event being an opportunity to see whether they had learnt and improved the cars across the enduros.

On the TV coverage Tander said he was running a different car to Courtney, and Burgess confirmed there were new bits with a focus on next year’s cars.

“We’ve been playing around with some other stuff with James this weekend. The problem with this event here is from where you qualify is pretty much a processional race, so it’s hard to draw too much out of it.

“But we’ve got a few things we want to investigate a bit more.”

It was a better showing than last year, with the best result of the four races Tander’s fifth in the first run, though the results were inconsistent with fifth and sixth place qualifying finishes turning in 15 and 16 from the first to session 10-minute back-to-back session on Saturday.

“We were worse here last year, yeah. The car is a little bit better than last year but it still isn’t good enough so there’s still plenty of work to do.

“We’ve learned a fair bit this weekend – Homebush will be different, we’ll go there knowing we should be in the mix and we’ll go there trying to win a race.

“We came here with a mindset that we needed to learn things and try things, but we’ll probably go to Homebush trying to be a bit more racy and concentrating on trying to win.”