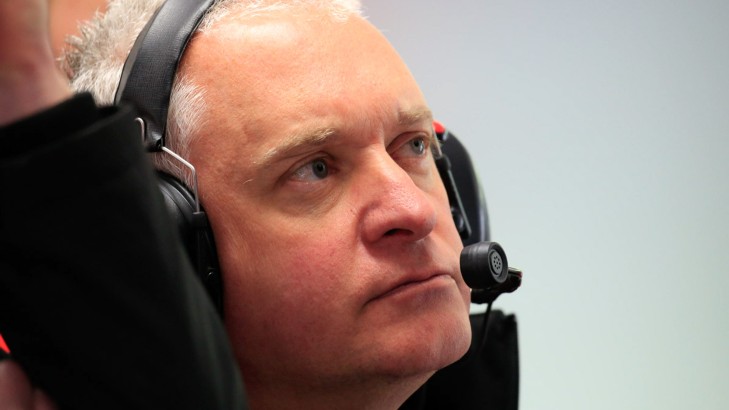 The decision by Walkinshaw Racing to concentrate on its two Holden Racing Team Commodores in 2016 is necessary if the factory-backed team is to win races more consistently and add to its championship collection.

That's the message from WR team principal Adrian Burgess, who admits to being "over the moon" about the decision to race only the two HRT entries for James Courtney and Garth Tander out of the squad's Clayton base in 2016.

But the third WR entry will be disbanded at the end of the year. The Supercheap sponsorship has already been announced as going to Prodrive and Chaz Mostert in 2016, while Slade is moving on and the REC underpinning the entry has been sold.

Schwerkolt is yet to announce his plans for 2016, but has confirmed he and Holdsworth will be part of the championship. He is expected to set up his own operation in Melbourne and run a Triple Eight Race Engineering Holden Commodore VF and technology package.

"For me personally without going into the whole two-car four-car thing, I am over the moon we are only going to be two cars to be honest. I am very happy," Burgess told v8supercars.com.au.

"We need to get back to doing basics. There is no point doing four cars average. We need to do two properly. HRT needs to be winning races and championships.

"I do believe and I hope - only time will tell - that just going back to the basics with a good core group of people, two good drivers and a bloody good sponsor group will hopefully be the right decision for us.

"Really we shouldn't have been doing the other cars. Hindsight is a great thing. We shall see in the future."

Walkinshaw Racing has yo-yoed between running three and four cars in the last few years. But the operation hasn't run only two cars since the 1990s when current owner Ryan Walkinshaw's father Tom owned and entered two HRT entries.

Its current deal with Holden expires at the end of next season, as do the contracts with its two star drivers.

Burgess rejected the suggestion the impending deadline with Holden played into the decision to concentrate on the HRT entries.

"That's always there at the back of your mind, but it's not front and centre," Burgess said. "You've got to try and win every year.

"A lot of our sponsors have just re-signed again for multi-year deals post the end of that timeframe you are referring to.

"Clearly we know we are trying to win and we need to win, but it's not something we are going to be sweating all year long... They (Holden) want results and so do we. It's the normal part of the job."

Burgess joined Walkinshaw Racing two seasons ago from Triple Eight Race Engineering, which has experienced great success in the last decade running only two cars. Ironically, that team will expand to three cars for 2016 with Shane van Gisbergen joining Red Bull alongside Jamie Whincup and Craig Lowndes moving into an entry backed by Caltex.

But Burgess made clear his belief that running more than two cars had diluted WR's competitiveness.

"Unless it's all going swimmingly and you have the right budgets in place, the third and fourth car - as much as we have had a great time with Charlie and all that and they are great people - it's probably been a distraction for us.

"While you are in the middle of it you are trying your hardest to make it work properly, but really you need one of those clear your head moments.

"To be honest, for me personally, when we decided this a while ago before you lot (media) found out, I was getting up in the morning thinking 'this is good, I can focus on what I need to focus on' and you feel like you have lost some of the baggage.

"And that's not being disrespectful to Charlie or Tim (Slade) and any of those guys, because we get on well and we wish them all the best, but I need to get HRT back to the bloody front. And we need to streamline ourselves and focus on what our core business is and that's HRT."

Burgess confirmed the team was already working toward 2016, using Courtney's car for test and development at the WD-40 Phillip Island SuperSprint.

"The car is not quick enough, so yes we have definitely got an eye on trying to understand what our biggest issue is and put some things in place so we can roll out in Adelaide (for the 2016 Clipsal 500) addressing those.

"James' championship was over at 12 o'clock on Friday afternoon at Sydney Motorsport Park so it was easy to put some different stuff in his car and see how it responded. The results don't show it but we have actually learned a fair bit this weekend."

Spun out of contention

Leading from the front

22/11/2015
Related Content
15' Holden Racing Team ›
Stay In The Know
Sign up to the Virgin Australia Supercars Championship Newsletter
We use cookies to ensure that we give you the best experience on our website. If you continue to use this site we will assume that you are happy with it.Ok