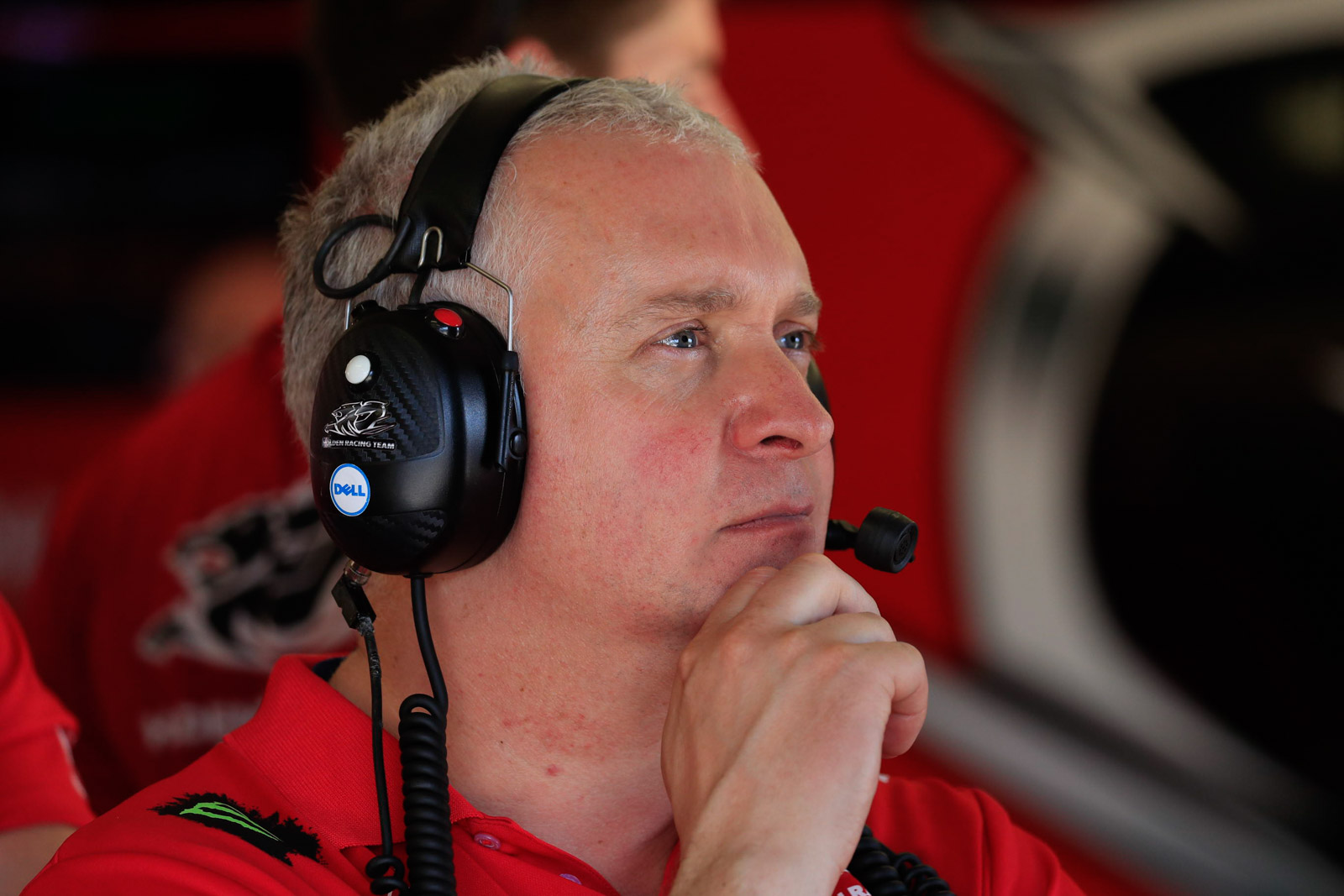 That’s the edict from Holden Racing Team managing director Adrian Burgess in response to this week’s revelations from star driver James Courtney that he may end up racing overseas next year.

Courtney and HRT team-mate Garth Tander’s HRT contracts are both up this year and so is the team’s deal with Holden, making for a complex puzzle to be negotiated.

But Burgess says that extracting consistent speed from HRT’s Holden Commodore VFs is the priority as the team endures a difficult development process with its 2016-spec racers.

“As much as we like James and he is doing a great job for us, drivers aren’t our issue,” said Burgess. “We are focussed on the car.

“When the time is right we will all sit down and if James is with us great.

“If he chooses to drive overseas then I can’t comment on what he said to you.”

Both Courtney and Tander showed some encouraging signs at the Castrol EDGE Townsville 400 last weekend.

The Reid Park street circuit is one where the HRT cars normally shine and this year Courtney qualified third on Saturday and finished sixth. He then qualified 12th on Sunday and finished a thrilling, strategy-assisted second.

Tander qualified only 20th on Saturday but charged through to seventh. He was an encouraging 10th on Sunday but a botched pit stop – in which a wheel nut rolled through the fast lane and for which HRT was fined $3000 and penalised 30 teams’ championship points – condemned him to double stacking and a frustrated 20th.

“We did a few things bad as well as good,” Burgess said of the Townsville weekend. “That’s the problem, there is always good with bad but preferably less bad than good.”

Burgess said he and the team were not getting carried away by the first podium since Tander’s Sunday third place at the season-opening Clipsal 500.

“I am not sitting here saying we are back at the front,” he said. “We are not stupid.

“You are always happy and always excited when you are on the podium. I don’t think there was any more excitement or relief than any other events really.

That next outing for HRT and the Virgin Australia Supercars Championship is the Coates Hire Ipswich SuperSprint on July 22-24. Burgess was upbeat about the team’s prospects at the paperclip, where Courtney won for the team in 2014.

“I hate saying it, but I think we are starting to understand the direction we need to go, so I am actually excited to go to Queensland Raceway and see if we are on the right path,” Burgess said.

He based that confidence on developments made with Courtney’s car during the Darwin championship outing, which weren’t appropriate for Townsville, but will be tried again at QR.

“We think we uncovered something at Darwin with James, but we only tried it on one cars and he liked it and it gave us a better result.

“But going to Townsville we knew it wasn’t going to work because the circuit had a different requirement … but the package we will try and use and try and tune around next week will be completely different.

“Definitely we won’t be going to Queensland Raceway with a car that is similar to Townsville. In the past we probably would have done, but I think we have identified where we are out of the window and out of range and that is why I am excited to go to QR.

“It might not, but we are not going to roll out last week’s washing.”

Burgess acknowledged that predictions of success would no doubt gain a strong backlash on social media where the fortunes of HRT are endlessly debated.

“The haters will always hate,” he said. “But you don’t worry about that, life is full of people like that. You invite them down to come and do it themselves if they think it is that easy.

“We are excited to go and test ourselves on a different circuit and I believe and I hope that we we are going in the right direction, but I may be proved wrong.”

Burgess confirmed Robbie Starr (Courtney) and Alex Somerset (Tander) would continue in their current engineering roles for the third consecutive event at QR.