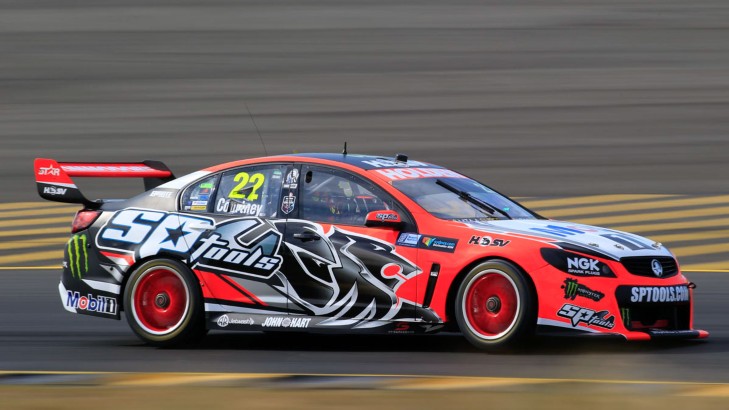 The Holden Racing Team has this morning released an update on James Courtney's condition, stating "if all goes to plan the current medical advice suggests no reason why James won't be taking his place on the grid at Bathurst".

Courtney is sidelined for this weekend's Wilson Security Sandown 500, after being injured in a freak accident last round at Sydney Motorsport Park.

The driver line-up for #22 has been reshuffled for this weekend, with Jack Perkins stepping up to fulfil the 'primary driver' duties, and Russell Ingall standing in as co-driver at the 500km classic.

Courtney told v8supercars.com.au a Bathurst return was keeping him positive during his recovery, and the team's information has supported Courtney's hopes. 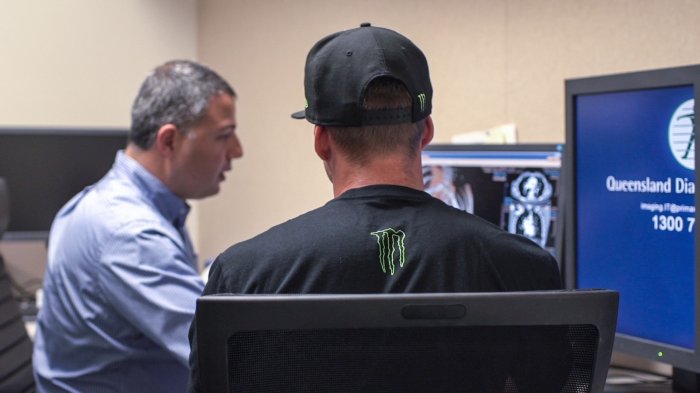 In full, the team's statement reads:

"While James is disappointed he can't be at the Sandown event this weekend, he is fully focussed on recovering so he can be back in the #22 Commodore for the Bathurst 1000 in October.

"This week James underwent a CT scan and 3D model of chest and upper body. It was found that he has five broken ribs (not three as initially thought), two under his arm and three on his back. Rib number seven is displaced which is causing soft tissue pain and because the bones are broken on both his side and back there is little support for movement.

"After the scans James went to see a thoracic surgeon and it was recommended he undergo further pain treatment to assist the recovery process. A nerve blocker has been injected into his spine to ease the pain and allow him to move and breathe more easily. This will also help reduce the risk of him developing pneumonia. James will again being seeing the thoracic specialist today to work on different recovery methods to ensure he is fighting fit for Bathurst.

"While the above sounds quite dramatic, the team is fully focussed on James' recovery and is ensuring he receives the best medical care available. If all goes to plan the current medical advice suggests no reason why James won't be taking his place on the grid at Bathurst."

Team boss Adrian Burgess said of Courtney's recovery on the telecast: "We're making progress, the poor kid's got a lot of pain, so we put him back into hospital yesteday for more effective pain relief to help him use his lung properly. The ribs are starting to heal but [there's] a hell of a lot of soft tissue damage."

Ingall will have his first steer of the Holden Racing Team Commodore in anger during this afternoon's co-driver practice sessions.

"He's like putting on an old pair of gloves, he dropped in well at the test day," Burgess said of the returning 'Enforcer'.

10/09/2015
Stay In The Know
Sign up to the Virgin Australia Supercars Championship Newsletter
This website uses cookies to improve your user experience. By continuing, you will be providing your consent to our use of cookies.Ok