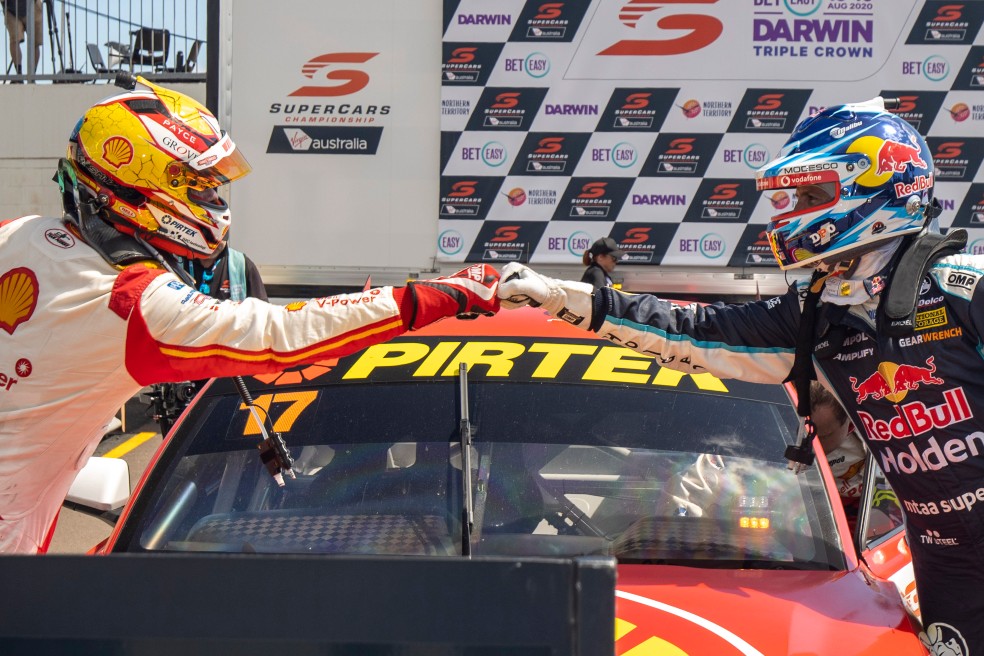 Scott McLaughlin has paid tribute to former Supercars rival Jamie Whincup, who will retire from full-time competition at the end of 2021.

Whincup will end his full-time career at the end of the new season, and will assume the Managing Director and Team Principal roles at Triple Eight from Roland Dane from 2022.

McLaughlin and Whincup went toe-to-toe in the last decade, with the two drivers sharing eight of the last 10 championships dating back to 2011.

Whincup had already clinched four titles when McLaughlin arrived on the scene as a rookie in 2013, and the latter quickly became a regular challenger to the Triple Eight superstar's mantle. 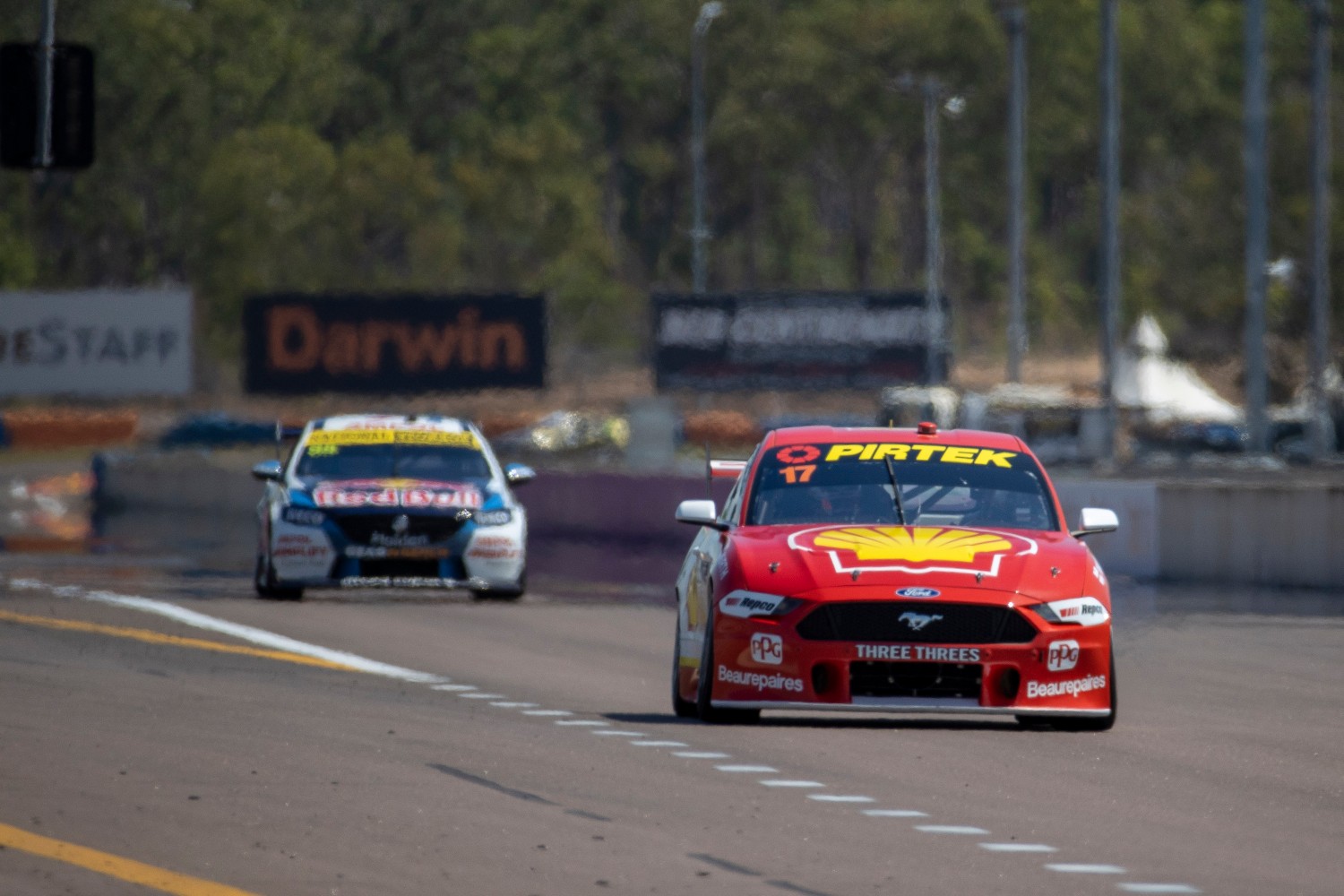 Notably, a 20-year-old McLaughlin, driving for Garry Rogers Motorsport, defeated Whincup in a stunning duel on the streets of Adelaide in 2014.

In 2017, Whincup defeated a resurgent McLaughlin and DJR Team Penske in a stunning championship fight which culminated in a breathtaking season finale in Newcastle.

Fast forward seven years, and McLaughlin has departed for IndyCar with three Supercars titles and 56 wins under his belt, with a dominant run with the Shell Ford squad helping him climb the record books.

"I call him the GOAT," McLaughlin said, referring to the 'Greatest of All Time' acronym.

"He's a guy that I was very privileged to race [against] in his prime, at the absolute peak of his career and go toe-to-toe with.

"I sent him a text the other day saying, 'Good luck with everything, you made me a better race car driver'.

"It was cool to have a little bit of banter back and forth between the two of us. 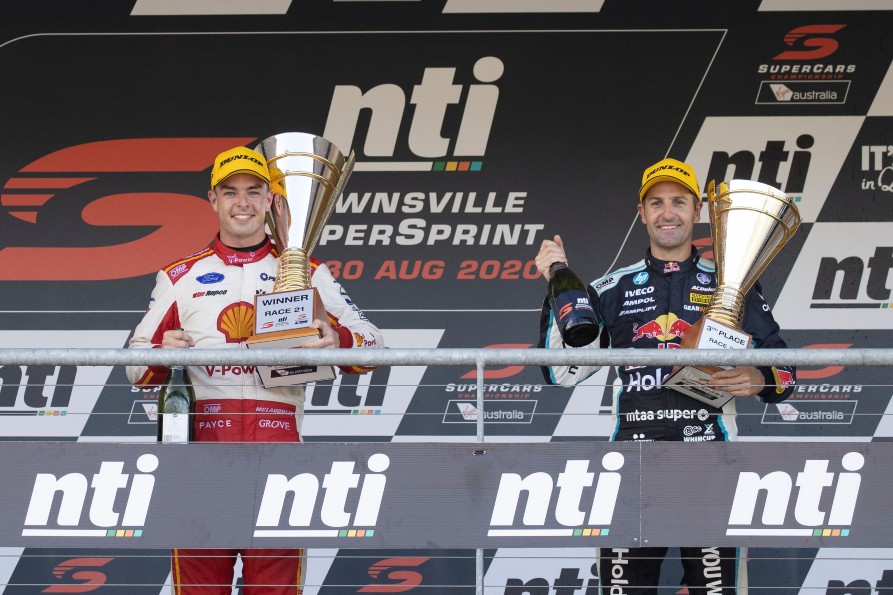 "To have that respect, that's what we've always had between me and Jamie.

"He's a fierce rival, he pushes you to no end but he's very respectful as well. Those are the battles you most enjoy."

He will turn 38 in February, and will bring up 250 round starts and 550 race starts this season.

Last year, McLaughlin and Whincup shared 11 podiums and were locked in a tight battle for the title for much of the season.

While saddened to see his long-time combatant call it a day, McLaughlin put the onus on another driver to fill his shoes. 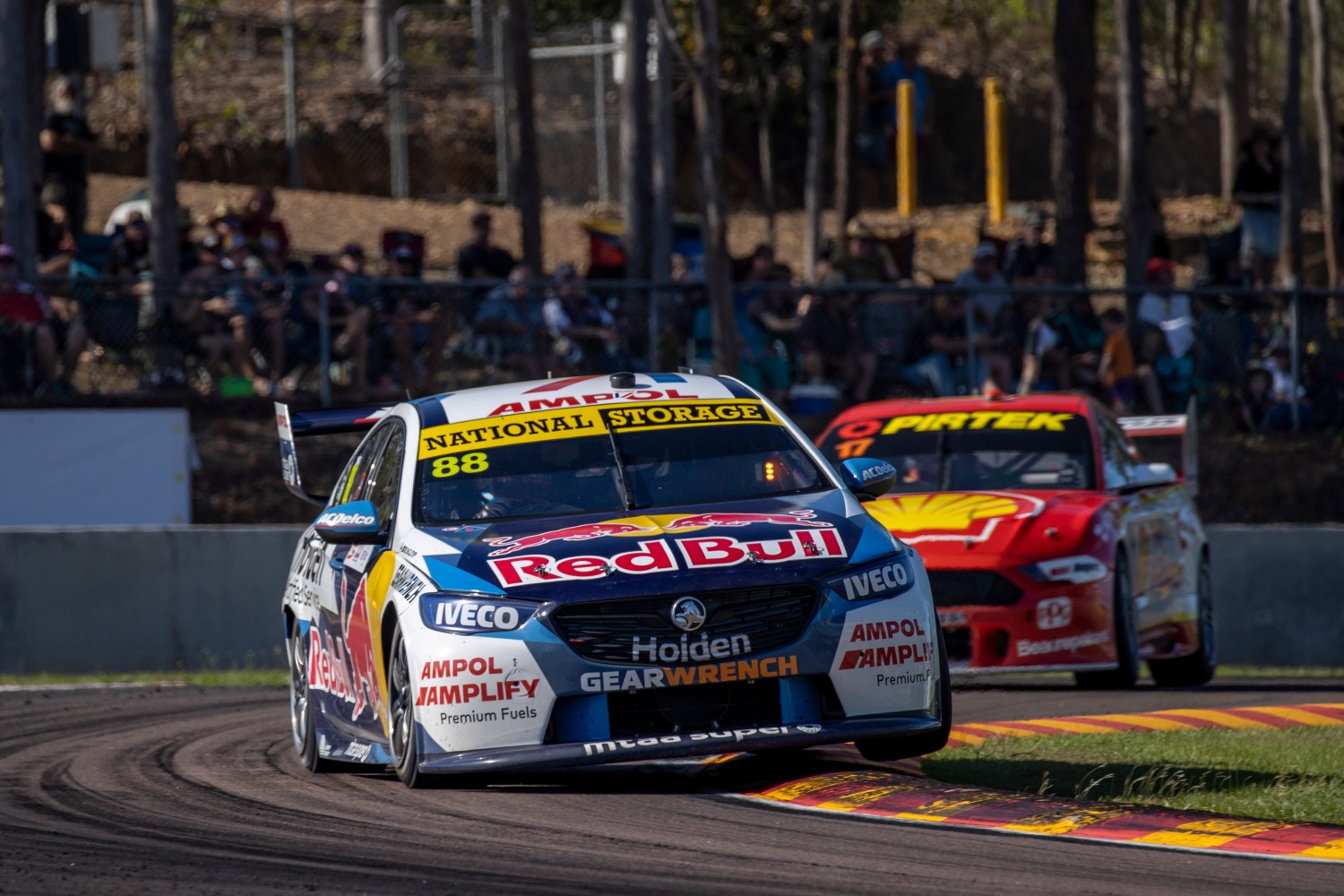 "He's [got] legend status in regard to motorsport, but people in other sporting circles know who he is," McLaughlin explained.

"What I'm wanting to see in the category is who's the next person that's gonna step up and take over that.

"The sport's going to need an identity, a face for the drivers and especially young people coming up to get young fans.

"We've certainly lost that a little bit with Jamie, and hopefully someone steps up."

Whincup will commence his bid for an unprecedented eighth title at the Repco Mt Panorama 500. Tickets are on sale now.