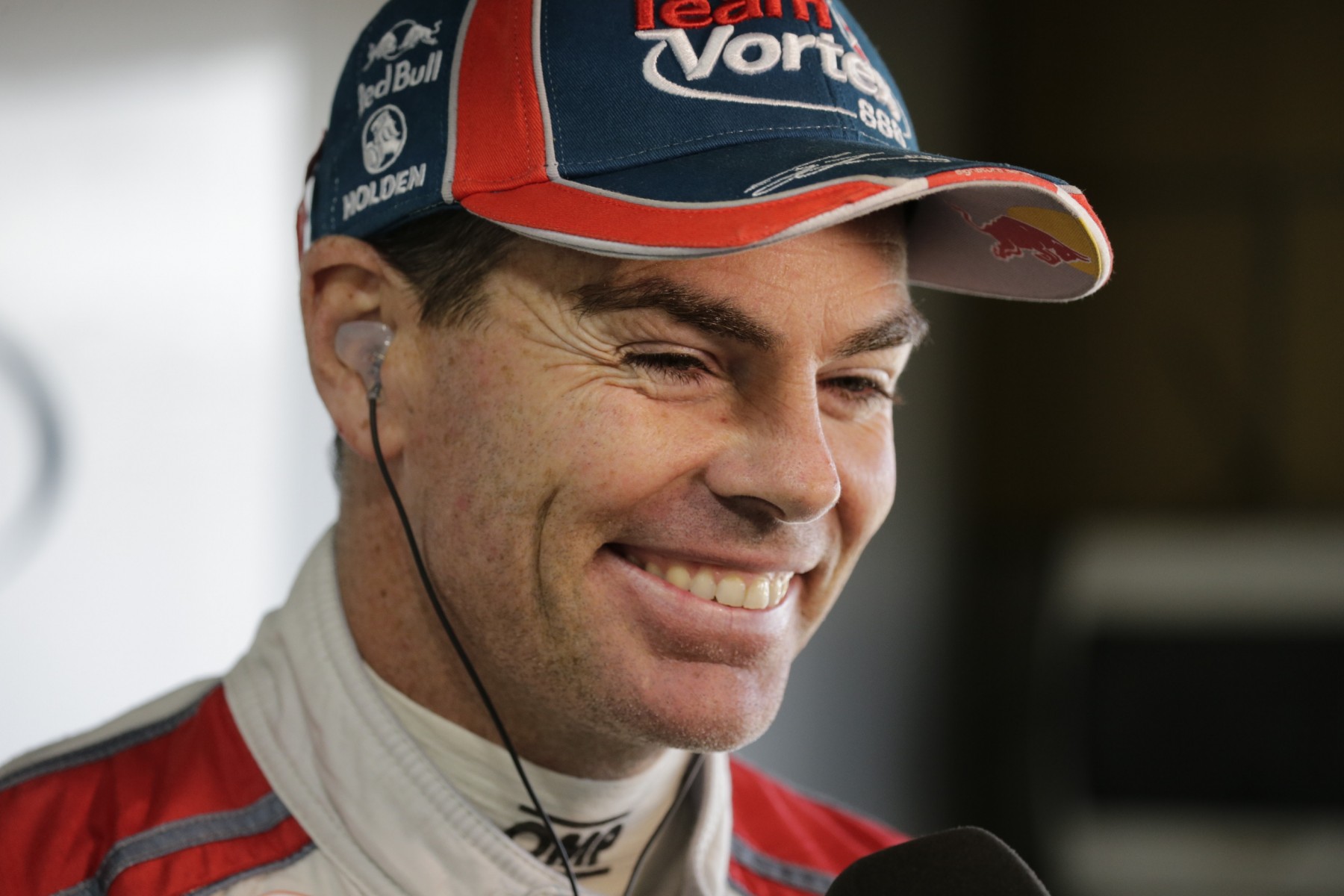 Six-time Bathurst winner and V8 Supercars legend Craig Lowndes took V8supercars.com’s quick Q&A to give fans a taste of his personality away from the racetrack.

Loved for his friendly demeanour and fans-come-first attitude, Lowndes surely earns a few more points revealing he can cook, has international travel ambitions outside of racing, and for throwing a cheeky question at next week’s Inside Supercars guest.

CL: Last sporting event would have been MotoGP, outside of V8s. We have a connection with Honda, so we generally try and do a couple of events for them throughout the year and it’s great, we love it.

Anything that involves seafood. I love all types of seafood, so sashimi or spaghetti marinara.

I’d always wanted to have a look at the pyramids in Egypt. It’s the fascination of how they were created.

The Great Wall of China is probably another one – just the construction and obviously the size, magnitude and what everyone talks about.

Which current V8 Supercars driver, who you haven’t raced with before, would you choose to drive with at Bathurst?

Good question! Probably Scotty McLaughlin. He’s got a very similar driving style to what I have.

Question from Tim Edwards last week – when are you going to retire?

[Laughs] When he does!

Look, I’ve got a current contract to the end of ’17 – so this year and next year – and then we’ll see what happens. But hopefully the path of retirement would be to step out of main full-time driving and then become a co-driver for the enduros and eventually at some point give that up as well. So hopefully it’s a progression.

Do you think about that a lot?

No, I don’t think about it at all. I think the two things that keep me involved in the sport as a full-time driver are the enjoyment – I still thoroughly enjoy it – and being competitive. You still want to be competitive for yourself, the team and the sponsors you represent. So at the moment, while we’re still in the top six or so, we’ll try and keep driving.

Next week’s guest is Fabian Coulthard – do you have a question for him?

Can it be a funny one – what hair gel does he use?

Tune in at 7.30pm AEST to see more from ‘Lowndesy’ on tonight’s episode of Inside Supercars on FOX SPORTS 506.