How Waters’ Winton wins led to a lost bet 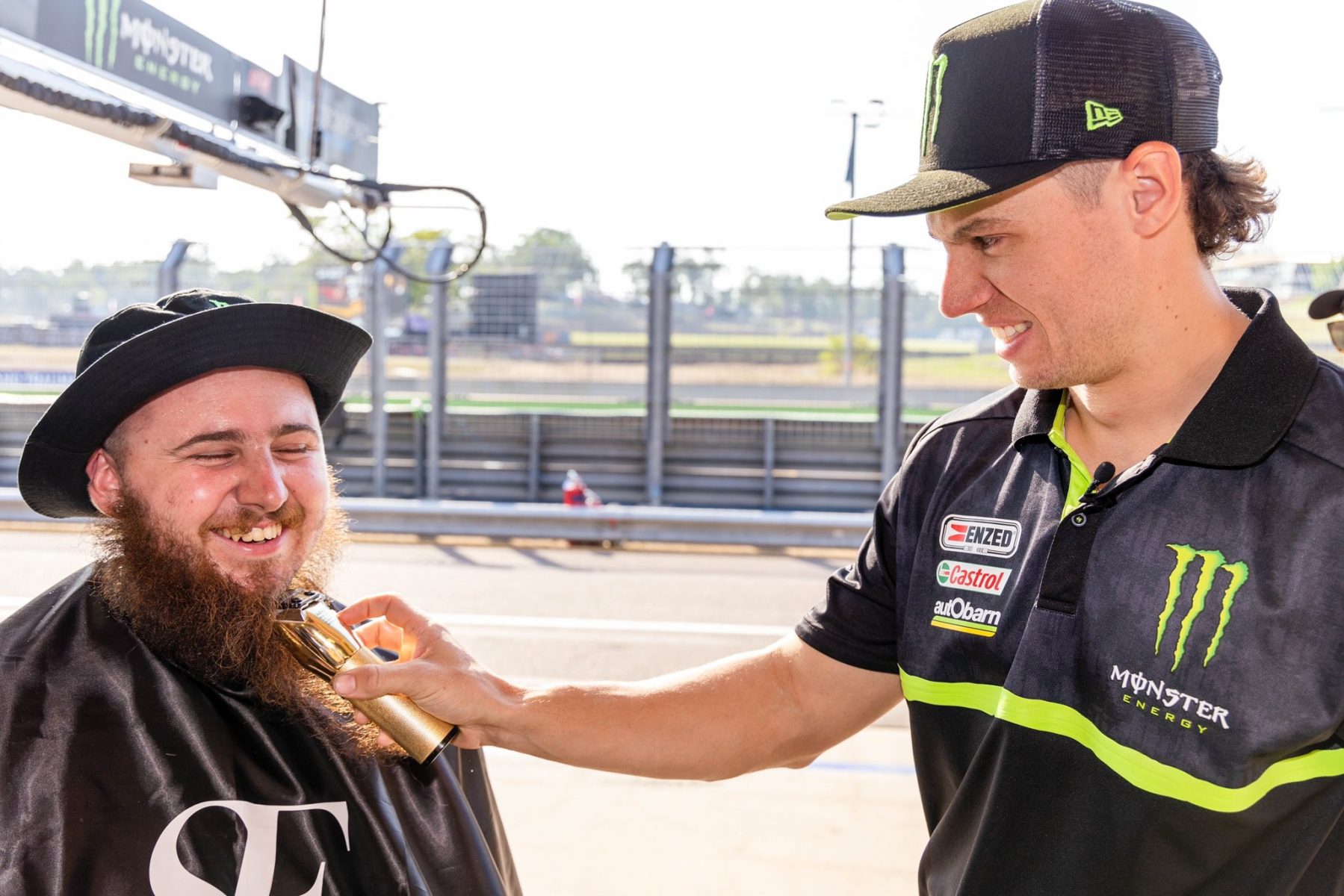 Perhaps the only loser from Tickford Racing’s Winton dominance was signwriter Chris Ansell.

Last month, Cam Waters won two races and scored the most points for the weekend.

It marked the first time in Waters’ career that he had top-scored at a race event.

A pre-Winton bet by Ansell was wagered against Waters, who missed out on a win in Perth.

On Friday in Darwin, Tickford celebrated Ansell’s lost bet, with the signwriter losing his beard and eyebrows. 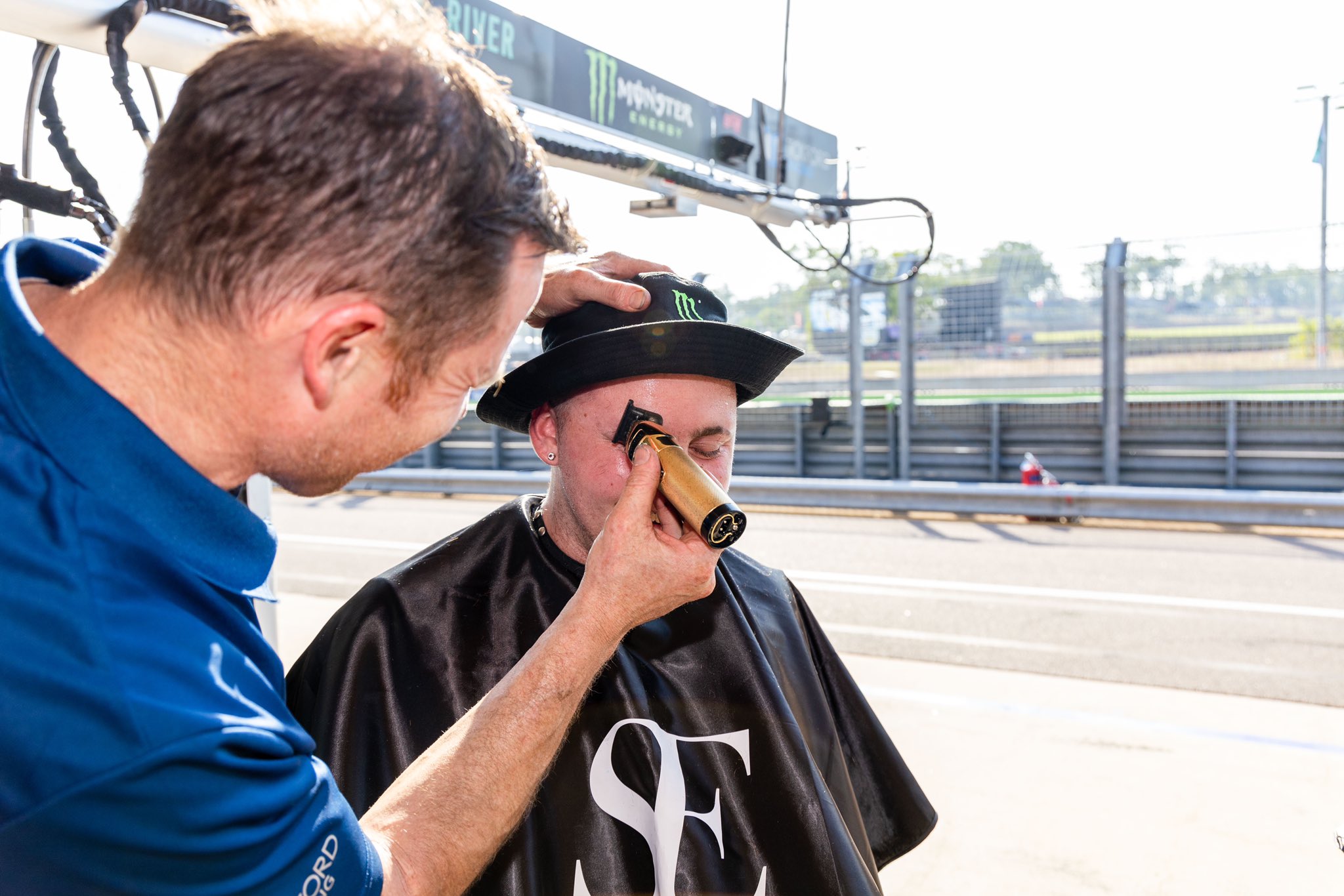 “We made the bet after Perth, which was a tough round for us,” Ansell told Supercars.com.

“We were having a laugh at work, and I made a bet that Cam had to win the whole round.

“True to form, he did it straight away at Winton. I couldn’t believe it.

“Tim [Edwards, CEO and Team Principal] started on one eyebrow and Matty [Roberts, Team Manager] went on the other.

“Then Cam finished the job with the marker. Thankfully they’re starting to grow back already.”

Waters, who helped shave the beard, drew eyebrows on Ansell with a marker. 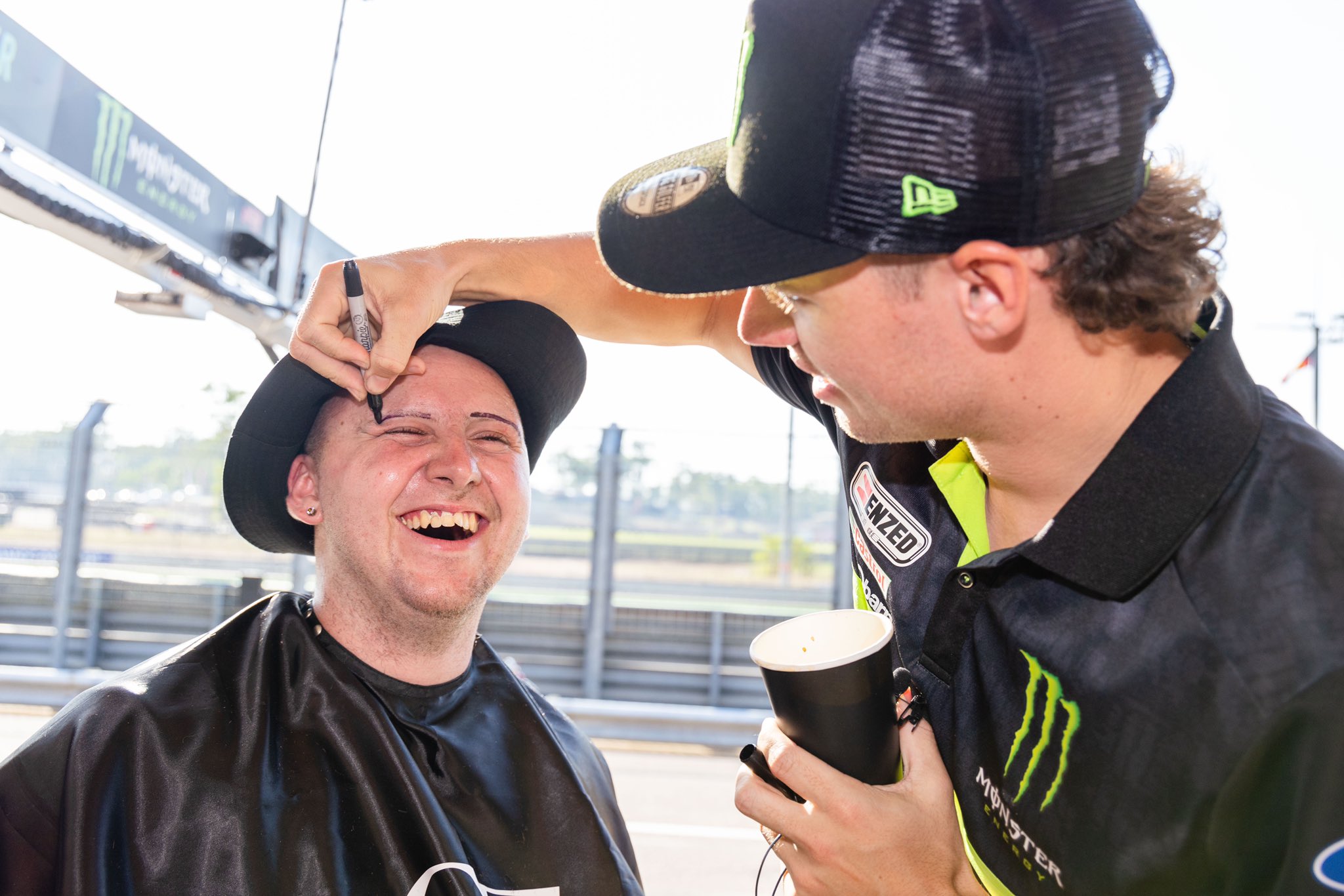 Come Saturday morning, the eyebrows have already started the grow back.

“He lost the bet, and had to shave the beard,” Waters told Supercars.com.

“Tim took off one of the eyebrows, so I had to draw some eyebrows with a marker.

Waters is third in the points heading to this weekend's round at Hidden Valley Raceway.