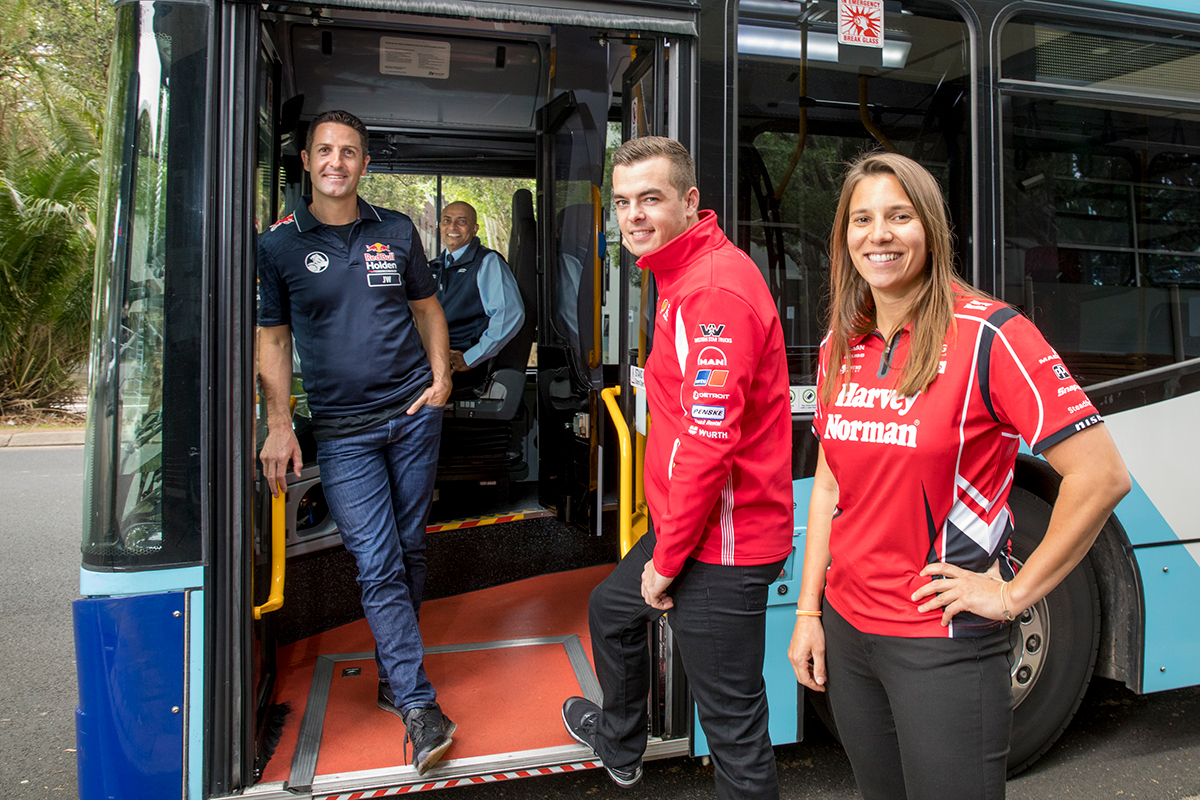 Hundreds of extra train and bus services will be running along with frequent ferry services for the Coates Hire Newcastle 500 next week.

More than 150,000 people are expected to attend three days of racing through Newcastle and around the foreshore on November 23-25.

There will also be a concert featuring Simple Minds and Birds of Tokyo at the National Park No. 1 Sportsground in Newcastle from 6pm on Saturday night.

The closest train station to the action is Newcastle Interchange, and extra trains will be running on the Central Coast & Newcastle Line and Hunter Line over the weekend to get fans there and home again.

There will be two Park & Ride services in operation – one at McDonald Jones Stadium and the other at Stockton Ferry Wharf.

Anyone driving to Newcastle should also allow plenty of extra travel time and plan to arrive early.

Heavy traffic is expected in the city and on major roads approaching it including the M1 Pacific Motorway and Pacific Highway, especially on Saturday and Sunday morning.

Parking restrictions will be in place as well on roads in Newcastle and around the concert venue, McDonald Jones Stadium and Stockton Wharf.

Vehicles left in signposted special event clearways will be towed, and a fee applies.

"With huge crowds attending, major road closures and heavy traffic expected in and around Newcastle, the easiest way to get to the action is by public transport," a Transport Management Centre spokesperson said.

"Tickets to the event cover travel to and from Newcastle on trains (bounded by Bomaderry, Goulburn, Bathurst, Dungog and Scone), special event shuttle buses, Newcastle and Sydney buses and Newcastle Ferries services.

"Once you’re at Newcastle Interchange, you can catch a shuttle bus to Market Street Lawn on Scott Street, which is a short walk from the Gate 1 and 2 entrances to the circuit.

"If you’re going to McDonald Jones Stadium, make sure you pre-book a parking spot. A shuttle bus will take you from the stadium to Honeysuckle Drive. From there, you can walk to the race track along the foreshore.

"If you’re catching the Stockton ferry, give yourself plenty of time as it will be extremely busy. Services will be running frequently but be prepared for long queues.

"If you’re coming from Sydney or the Central Coast, consider driving to Central Coast & Newcastle Line train stations with commuter carparks such as Wyong, Morisset and Fassifern, then jumping on the train."

For traffic information, visit www.livetraffic.com and to plan your trip to the Newcastle 500, visit www.transportnsw.info

Getting to and from the Coates Hire Newcastle 500

From the Hunter to Newcastle Interchange:
- Extra trains will run from Maitland on Friday, Saturday and Sunday mornings

FERRY
- Ferries will run between Stockton Wharf and Queens Wharf every 10 minutes between 5:20am and midnight on Friday and Saturday, and between 5:30am and 10pm on Sunday