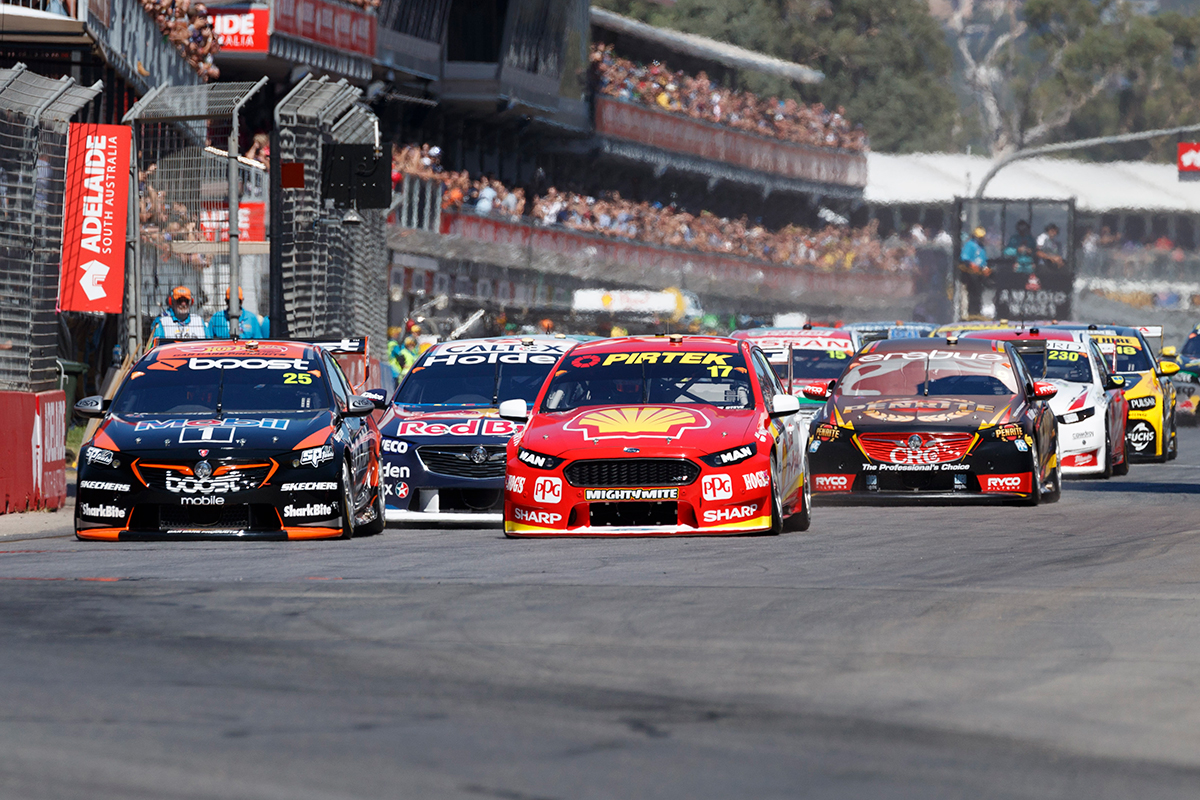 Much of the interest centred on how Holden’s new ZB Commodore would fare and that was answered by van Gisbergen leading a one-two on Saturday and podium sweep for the model on Sunday.

Elsewhere in the field, 2017 title protagonists Jamie Whincup and Scott McLaughlin struck trouble, and the revamped Walkinshaw Andretti United left the City of Churches atop the teams’ championship.

But how did each of the 12 teams in pitlane stack up purely on pace? Supercars.com takes a closer look at the data.

These tables focus on different parts of the weekend; the fastest time set at any stage, the fastest race lap and then being able to roll out consistently quick race laps.

In each table, the outright fastest lap represents 100 percent.

This collates the single fastest lap set by each team, by any of its drivers, in any session across the three days. 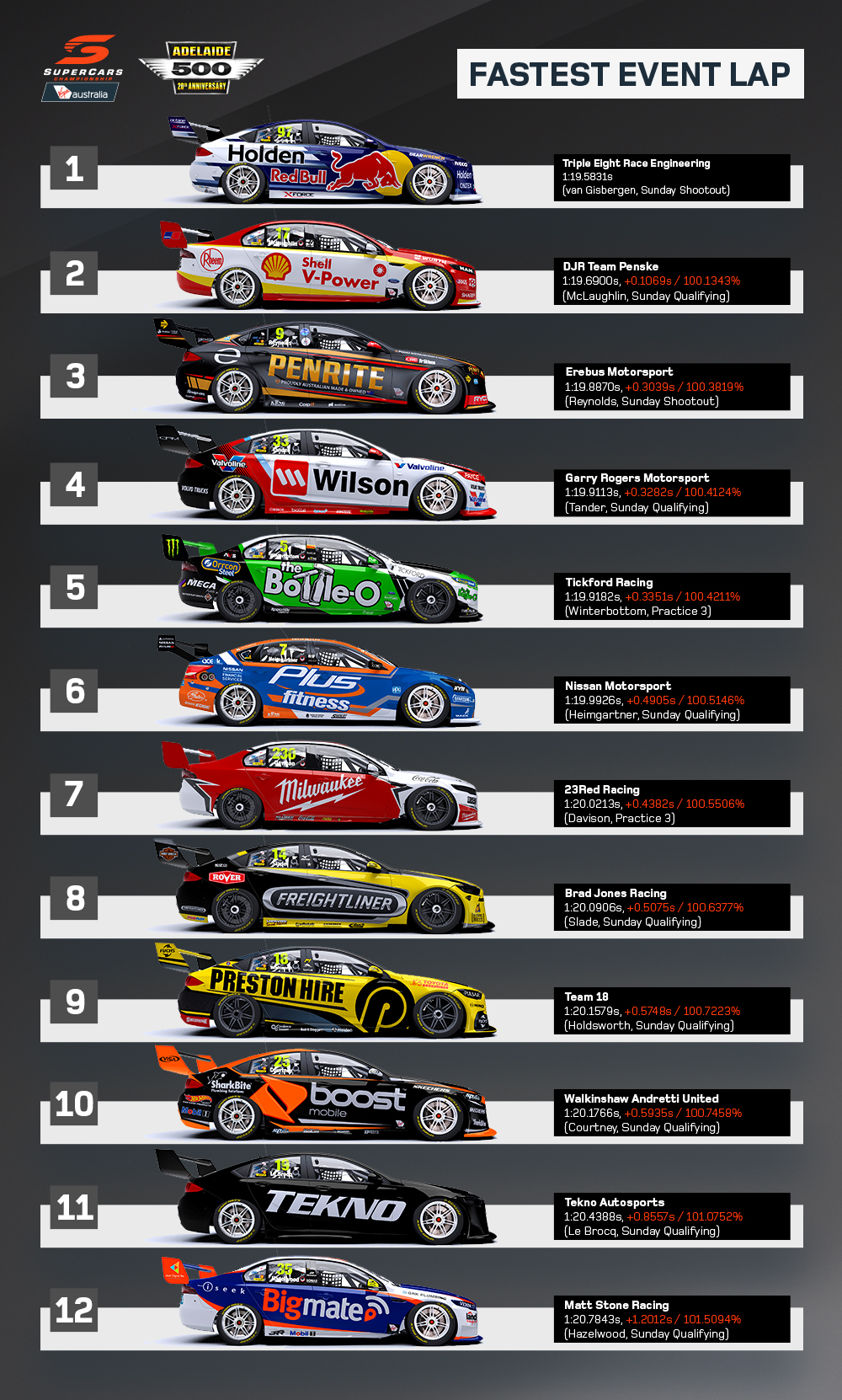 The bulk of the fastest times came during ARMOR ALL Qualifying on Sunday morning, as drivers headed out with refined set-ups in slightly cooler ambient temperatures on a track that was rubbering-up nicely.

Three drivers went quicker in the ARMOR ALL Top 10 Shootout that followed, while another three – Mark Winterbottom, Will Davison and Nick Percat – actually turned their fastest times in Practice 3 on Saturday morning.

In the case of Winterbottom, that was Tickford Racing’s fastest lap of the weekend, while Davison moved 23Red Racing up three places compared to where his Sunday qualifying result would have sat.

Again, each team is ranked by the single fastest race lap set by one of its drivers, on either day. 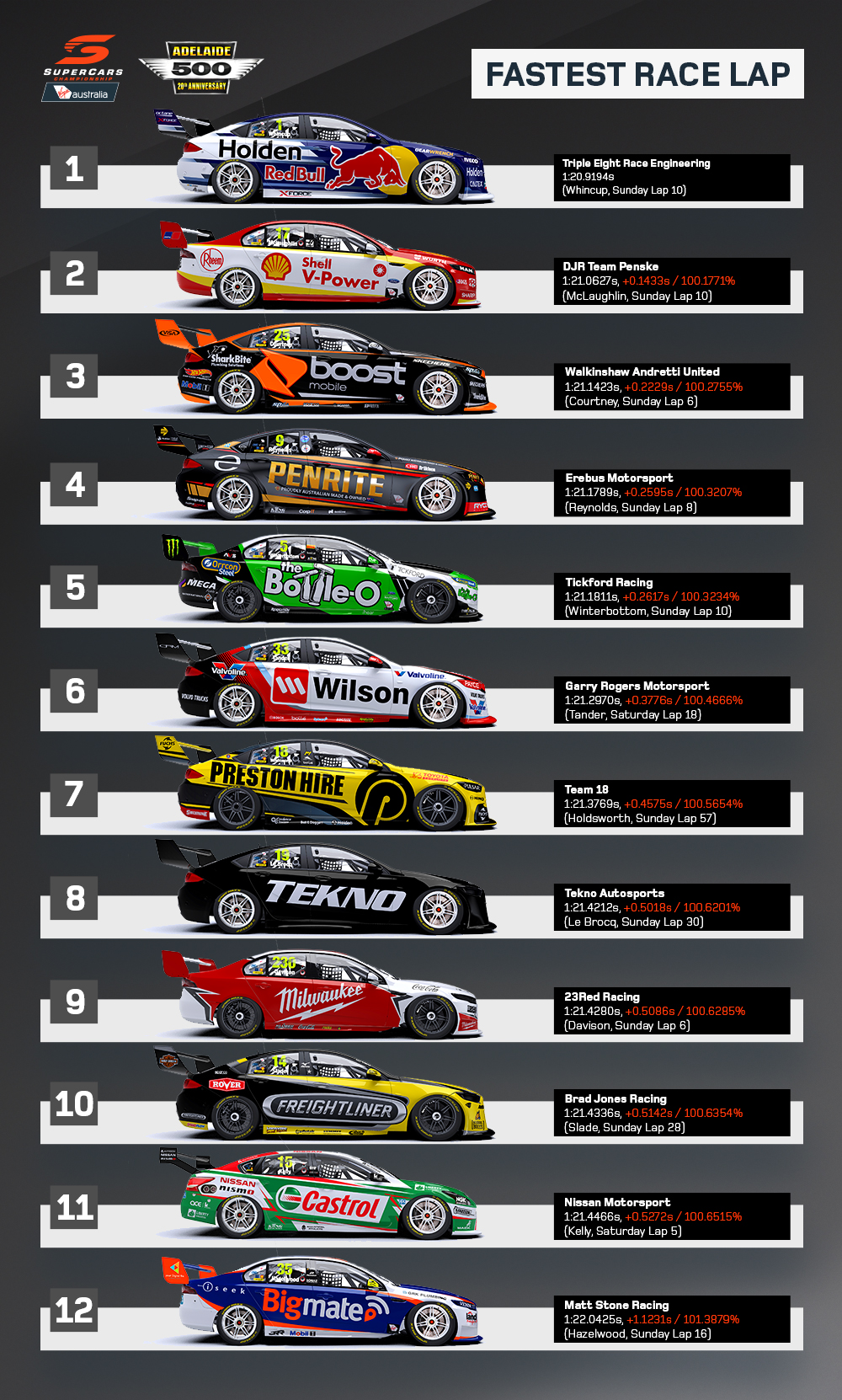 There is little change at the top, other than Walkinshaw Andretti United’s position being far more indicative of its Adelaide form than it's outright fastest lap, set by James Courtney to be 14th in Sunday qualifying.

That makes WAU one of only two teams – Tekno Autosports with rookie Jack Le Brocq the other – to get within a second of its best lap for the weekend during the race.

The largest margin is Nissan Motorsport, at 1.454 seconds with a 1:21.4466s set by Rick Kelly after he rejoined the Saturday race 13 laps down, having tagged the Turn 3 wall the first time around.

Kelly, Garth Tander, Percat and Tim Blanchard were the only drivers to turn a faster race lap on Saturday than Sunday.

In race trim, the pack is even closer, with 0.5272s covering every team other than MSR.

This data is the average of the 20 fastest laps set by each driver in the same race, with teams then ranked on their best representative. 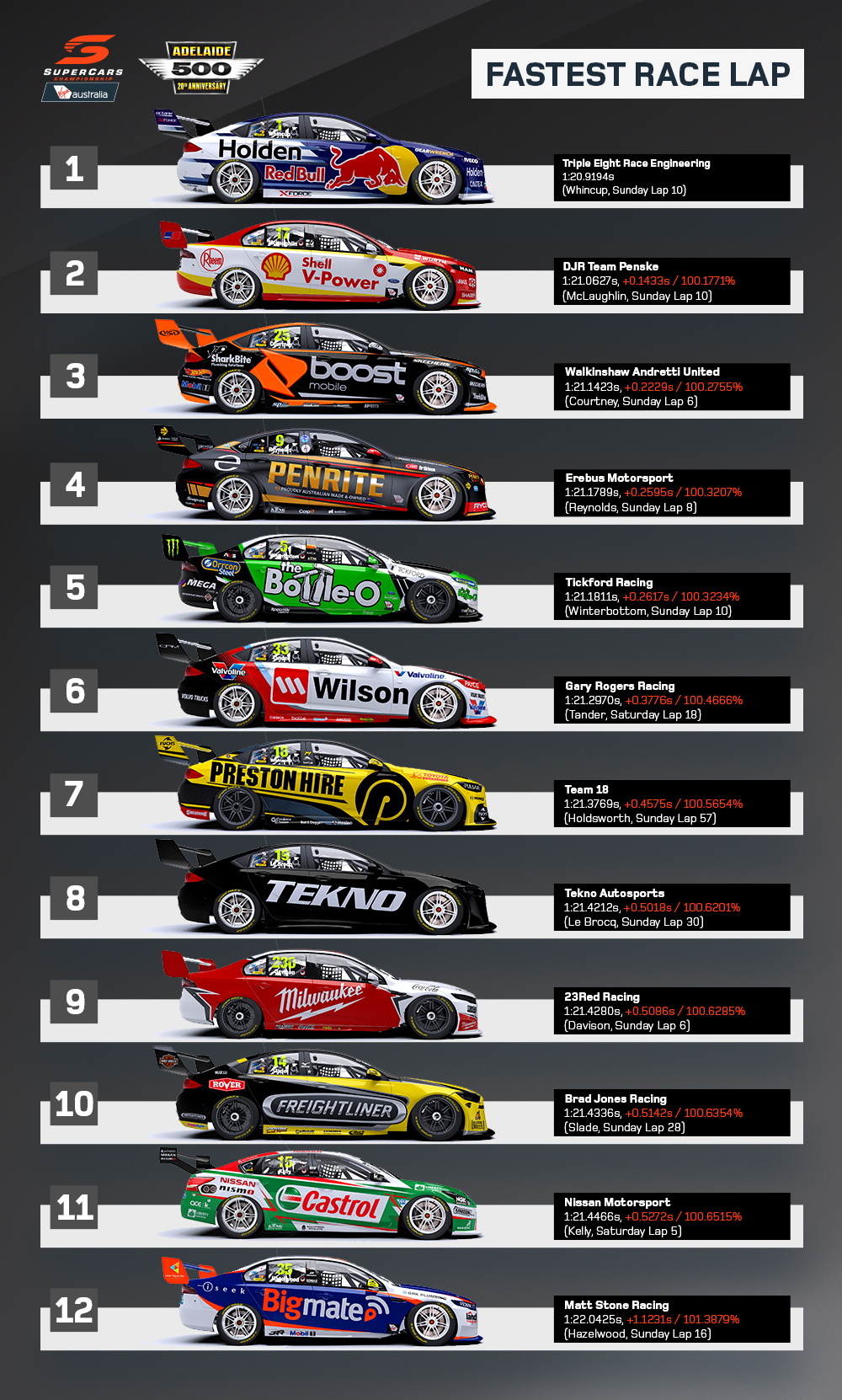 Most of these fastest blocks of laps came on Sunday afternoon; Triple Eight leads the way based on the stint that had Whincup cruising away in front before stopping with a transmission failure.

The outlier is again Courtney, with his best set of 20 laps coming on Saturday, when he started third rather than 14th.

Pitting at the end of the first lap did give Courtney clean air on Sunday, but the average of his fastest 20 laps was nearly a tenth slower than in Race 1.

They would have left him fifth on this table, but he rises to third with the set of laps that was second only to van Gisbergen on Saturday.

With newcomer MSR slightly cut adrift, the other 11 teams are all within six tenths of Whincup’s average.

08/03/2018
Related Content
Adelaide double for van Gisbergen, Whincup DNFs  ›
04/03/2018
Van Gisbergen wins in one-two for new ZB  ›
03/03/2018
Stay In The Know
Sign up to the Virgin Australia Supercars Championship Newsletter
We use cookies to ensure that we give you the best experience on our website. If you continue to use this site we will assume that you are happy with it.Ok