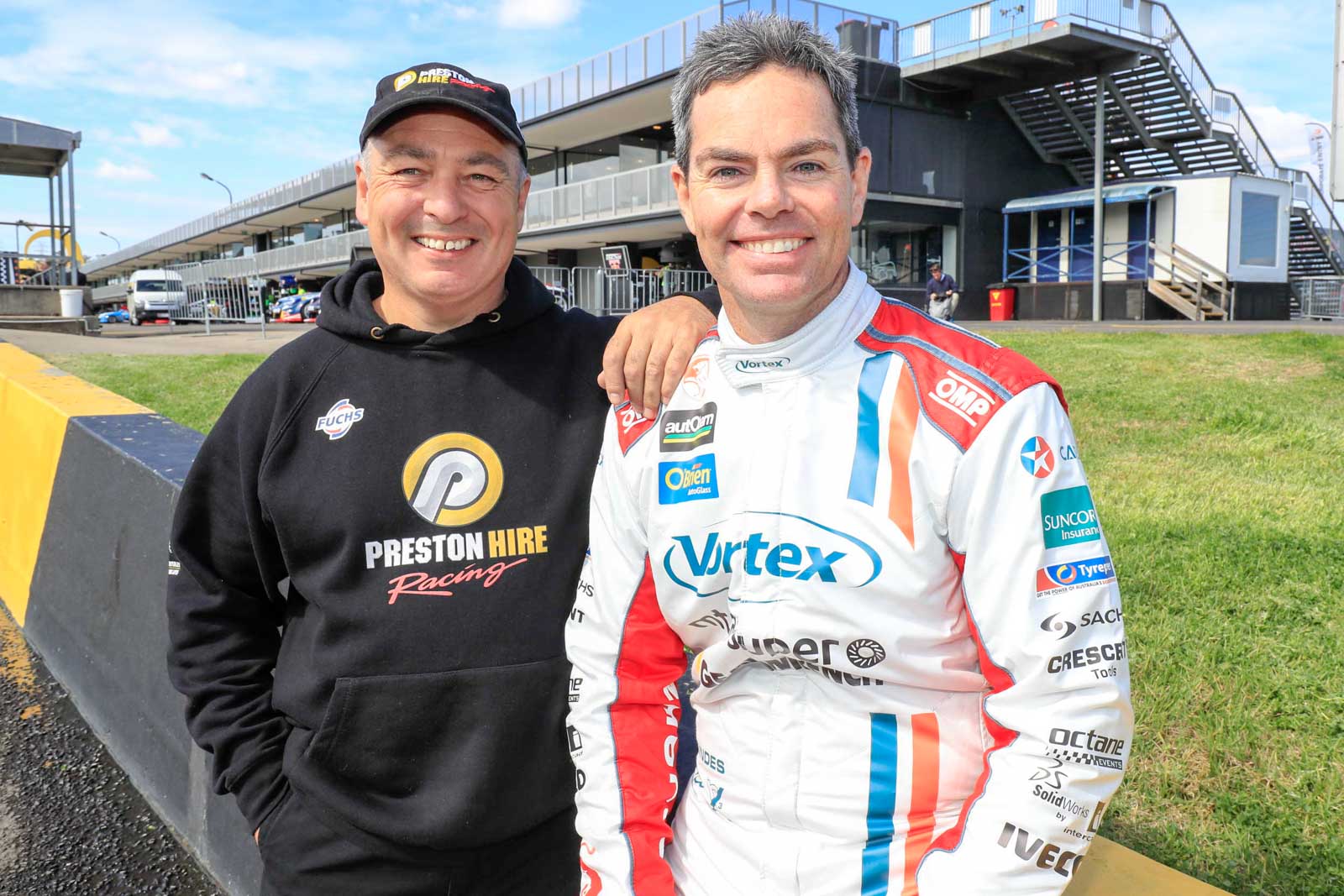 Former Holden Racing Team boss Jeff Grech believed in a young Craig Lowndes but never thought, when pushing to get him in the car, he was helping create an icon.

Today Lowndes will contest his 600th Supercars race, already holding the record for most starts and wins in the category, after having earned his 105th victory at the last event at Queensland Raceway.

But back in 1994, his opportunity came purely from good timing – and with a big push from Grech and those at HRT, when running a young rookie for the enduros was frowned upon.

“We were very lucky with Craig – it was a bit of a punt because young blokes weren’t really thought of to get into the main series,” Grech told supercars.com.

“To get a young bloke and throw him right in the deep end, it raised a few eyebrows – and I guess, so it should’ve.

“We took a bit of a punt but we never regret it, that’s for sure.

“He lapped it up and just ran with it, it was great.”

The team tested Lowndes earlier that year and Grech said he showed “real promise”. Back then, testing wasn’t limited.

“It was his car speed … before we even thought about his personality,” Grech said when asked what was appealing about the then 20-year old.

“We all basically fell in love with him, as far as being a good guy, and he really warmed to everyone in the team, which helped push the decision further forward to get it happening.

“We tested him, from memory, three or four times and he just was on it.

“So we all got excited and thought, ‘how can we get him in the team?’”

Rickard Rydell was meant to steer Sandown, but with a heavily pregnant wife, elected to skip the trip to Australia.

“There was an opening – it was a bit of a struggle but we convinced our sponsors and Tom [Walkinshaw] to put him in for Sandown … he did a fantastic job.

“After Sandown, Rydell’s wife still hadn’t given birth so he didn’t want to come out for Bathurst either. So after Craig’s results from Sandown … it was a no brainer to get him to Bathurst.

“Initially Tom wanted to look for another replacement in Europe, but with John Crennan’s help, and Grant Steers at Holden, we were able to convince everyone to give him a go.

“At ‘94 Bathurst, he nearly won the thing, he drove fantastic all weekend and so he become part of the family really.”

“He did a lot of testing with us in ‘95 then toward the end of the year I convinced John to put him in the car for ’96, which was here, believe it or not.

“By that time he’d become part of the family, everyone had warmed to him, John thought he was a great ambassador being so young.

“There was a bit of hesitation from the older school, because once we got going in ‘96 our fan-base grew – we were lucky, we had a good one anyway because of Peter [Brock], but the pair of them working together was just fantastic.”

Grech is back in the pit lane this year running Charlie Schwerkolt’s single-car team, which has a technical alliance with Lowndes’ Triple Eight team.

He believes Lowndes is performing as well as ever, in contention for the Championship and coming off a whopping sixth Bathurst 1000 victory.

“We obviously bump into each other every now and then and have a good laugh about the old days – all credit to him to do 600 and for all the results he’s had.

“He’s just really iconic. I don’t think there will ever be another Craig, and I say that in both his driving, manner and appeal to people. He’s a bit of a way out of the box, a bit like Brock really.”

Courtney breaks through at home

Mostert breaks his own record