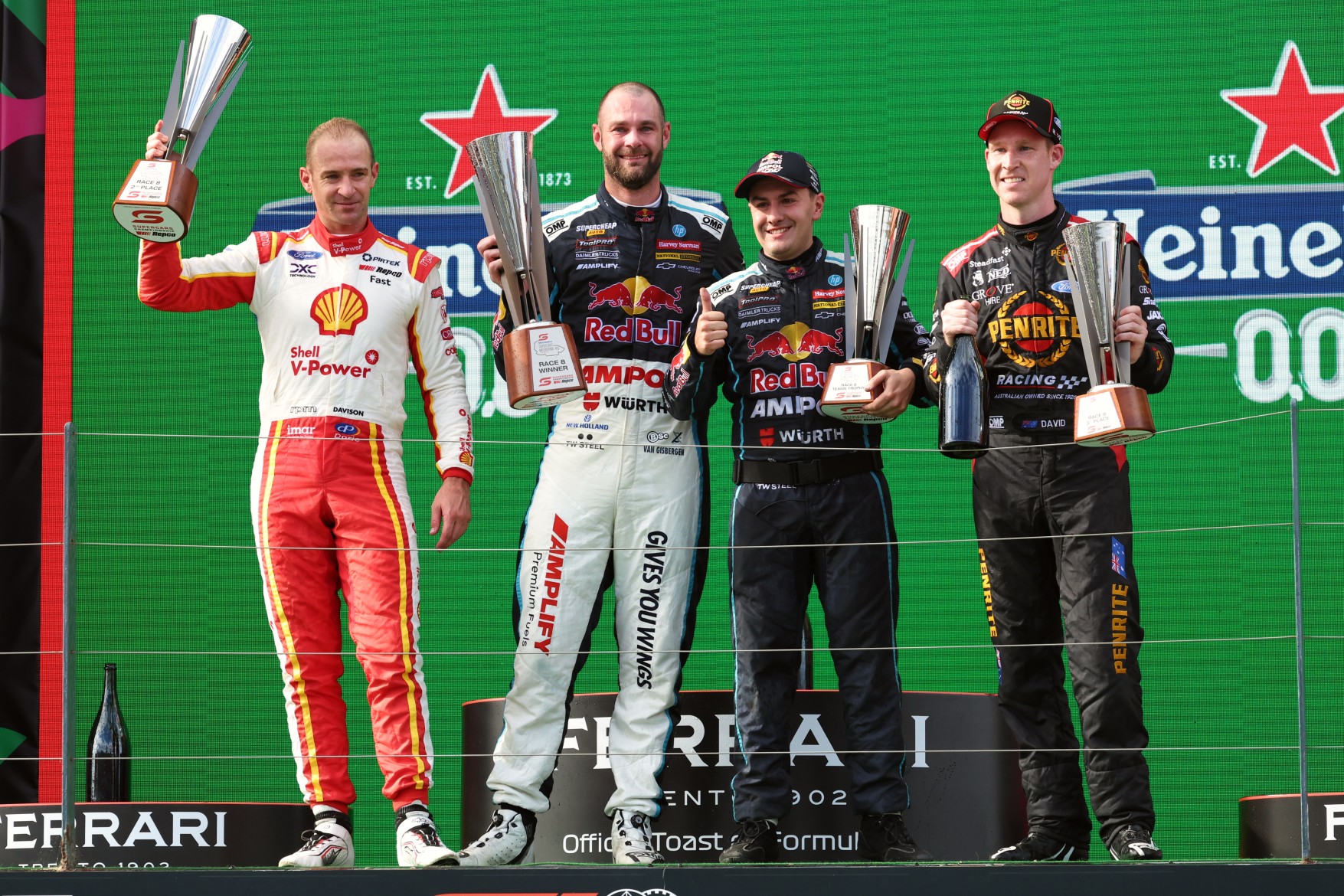 Shane van Gisbergen leads the way in the fight to secure the Larry Perkins Perpetual Trophy.

The driver who scores the most points across the Beaurepaires Melbourne 400 will win the trophy.

Van Gisbergen leads the way for the prize, which was introduced for the Albert Park event in 2018.

It was brought in to accompany the start of points-paying races at the Australian Grand Prix.

Van Gisbergen won both races on Saturday from third on the grid, taking his 2022 tally to six.

Chaz Mostert won the opening leg on Friday, with van Gisbergen racing from 23rd to third.

Mostert is one of four drivers in contention to win the Larry Perkins Perpetual Trophy, with 75 points on the line in Sunday's 20-lap finale. 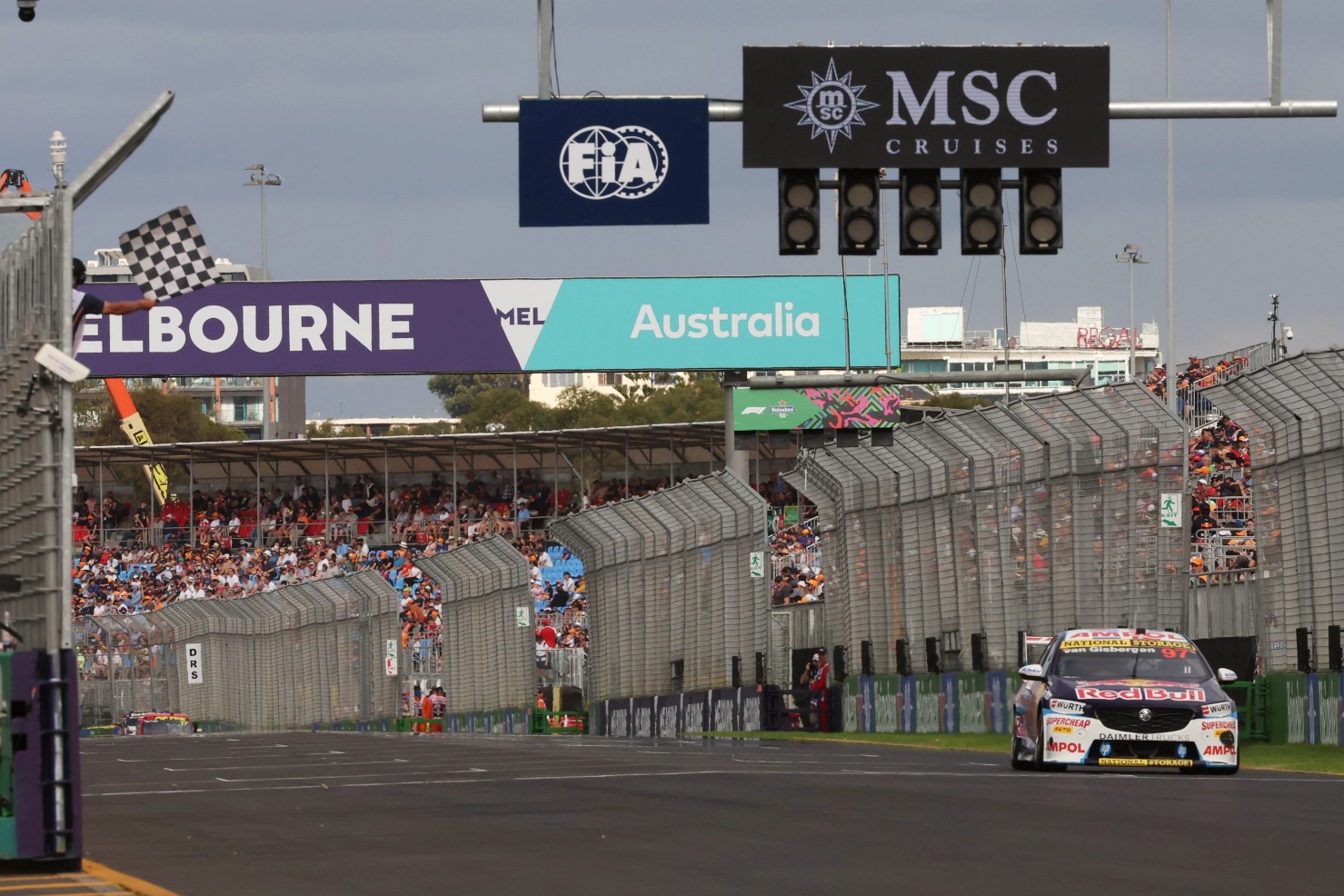 Mostert is 70 points adrift, having lost ground after he was penalised over an incident in Race 7.

Van Gisbergen can seal the trophy with a finish of second or better on Sunday should Reynolds win.

Reynolds has recorded finishes of second, second and third in Melbourne.

The Grove Racing driver last won a race in Newcastle in 2018, but has scored four podiums in his last five starts.

Jacobson has finished ninth, sixth and 10th at Albert Park, having started 15th, 21st and 24th.

Courtney, Mostert at odds over incident