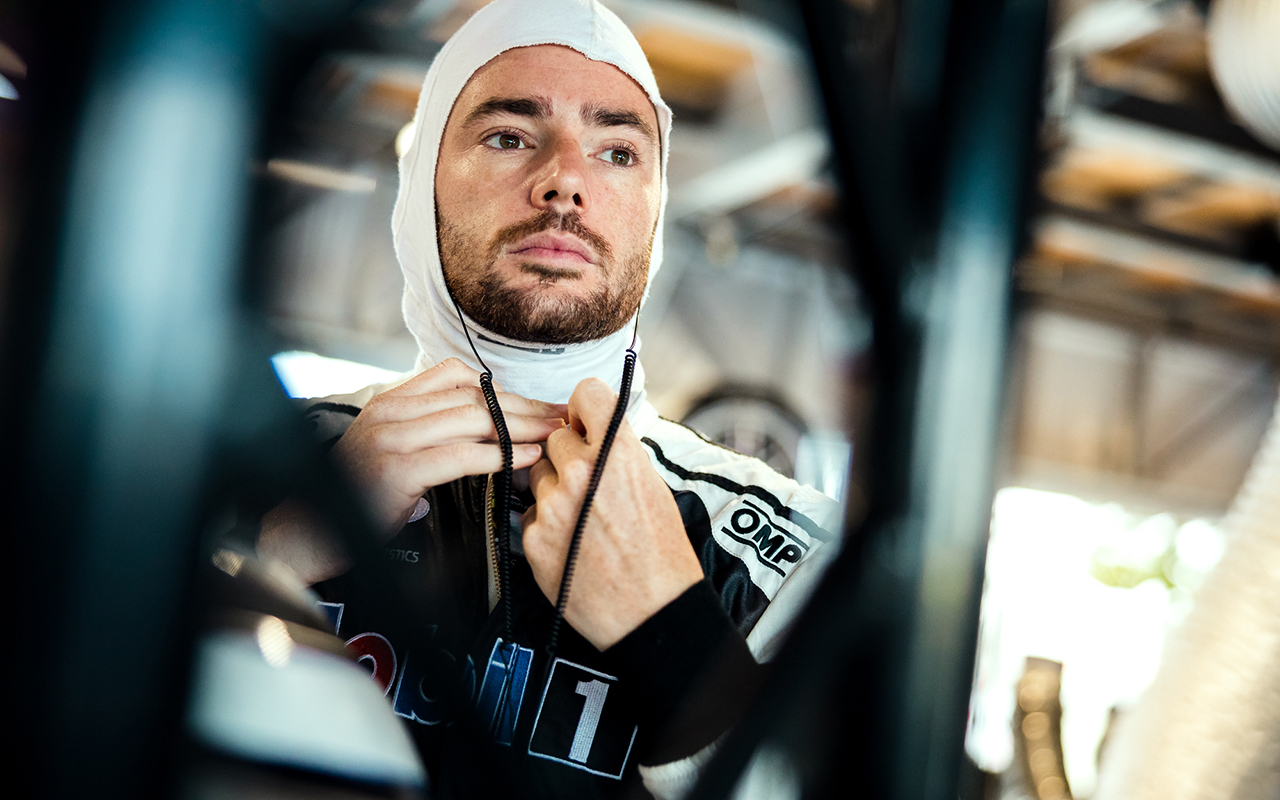 Scott Pye says hunger was his only ailment during a stunning drive in the Coates Hire Newcastle 500, after rebounding from an illness that hospitalised him overnight.

Pye had contracted a stomach bug late on Thursday and, after driving in Friday morning practice, was admitted to hospital before Practice 2 for treatment.

He remained there overnight before being discharged this morning and cleared to race, only for his weekend to take another twist with a crash in qualifying.

Remarkably, the 29-year-old then put in the drive of the race, carving from 24th to sixth, making authoritative late-race passes on Jamie Whincup and teammate James Courtney.

Although declaring he’d “felt like I was going to die” on Friday, Pye says the fact he’d eaten nothing more than some cruskits prior to the race was his only issue once action got underway.

“My only real concern for the race was that I hadn't eaten enough,” said the Walkinshaw Andretti United driver.

“I got really hungry during the race, I would have loved a burger in the pitstop.

“Hydration was okay, I made sure I drank a lot during the race.

“I got a good night's sleep last night, which was good [and] I feel like I came good during the day.

“Everyone was commenting on how bad I looked when I got the track, but then I got some fluids into me and progressively got better.

“Once I was in the car, for the first 10 or 15 laps I was running pretty hot and then I got acclimatised a bit more and I was alright.”

Pye explained how his health had gone downhill dramatically following Practice 1 on Friday, necessitating the need to sub PIRTEK Enduro Cup co-driver Warren Luff in for the afternoon session.

“I thought I was fine [following Practice 1], but I'd only slept two hours since Friday, so I went back to the cabin, our little hut, and I had a sleep,” he said.

“I woke up really cold, so I turned the air-conditioner off and went back to sleep.

“My temperature went over 39 and I was wrapped up in towels, and James [Courtney] came in and he was like 'man, it's like 40 degrees in here – what's wrong with you?'.

“I couldn't stop shaking, so I went down to the medics here and they said 'nah, you need to go straight to hospital'.

“It was the fever that was kicking me in the arse, I'd be freezing cold and then sweat would be dripping off my nose the next minute.

“There's no way I could have got back in the car for P2. Fortunately I did P1, so that allowed me to get to hospital earlier.

“I was on a drip by 3:30 because my urine was brown as, I was so dehydrated. I thought it would be enough but it wasn't, and I was still throwing up in the afternoon.”

Pye said he was determined to repay his team in the race following his error in qualifying, where he crashed at Turn 7.

This weekend marks the last event in Pye’s three-year tenure with WAU, before moving to Team 18 for 2020.

“I did a 10.8 in qualifying and then crashed. That's the quickest lap I've ever done around here,” he said.

“I said 'sorry, the car is amazing and I've just thrown it away'. We were confident after qualifying but we were just way out of position.”