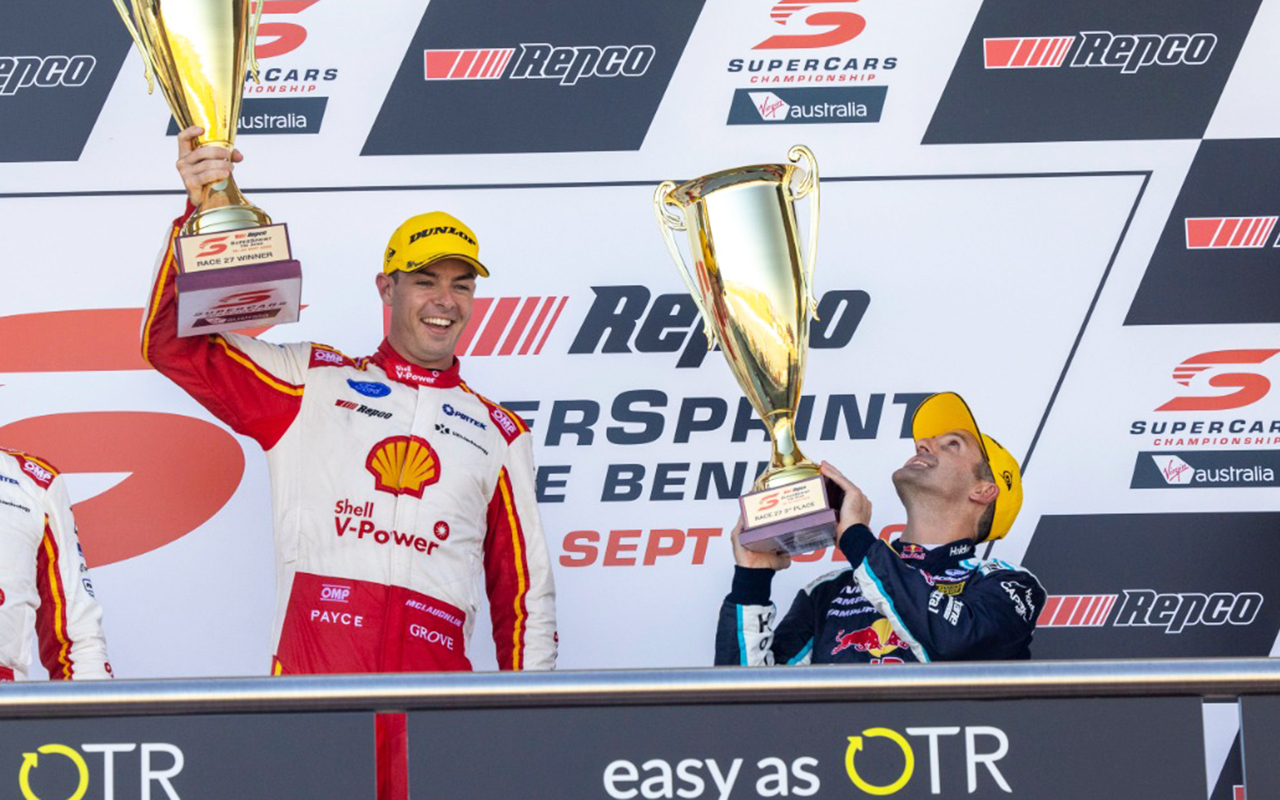 Despite having an incident-filled run to 14th in the Saturday race at the Repco The Bend SuperSprint, McLaughlin managed to extend his title advantage to 215 points with just 600 still to play for.

That came by virtue of a third and first on Sunday, as well as a troubled weekend for nearest rival Jamie Whincup.

There are now just five drivers left with a mathematical chance – also including Cameron Waters, Shane van Gisbergen and Chaz Mostert – but those three are near certain to be out of the running following the OTR The Bend SuperSprint next weekend.

Another McLaughlin-dominated round in fact could put the championship crown beyond doubt before the category even heads to its Bathurst finale on October 15-18.

Having outscored Whincup by 72 points during the first Bend event, McLaughlin can secure the title in the second leg of the double header by adding another 85 points to his advantage.

For example, McLaughlin winning all three races on The Bend’s shorter West Circuit and Whincup taking a fifth and two sixths would be enough to seal the deal.

With 100 points available for each win at The Bend next weekend, a single failure to finish for Whincup would also likely spell the end of the title fight.

“I think it is within reach if Jamie has a bad race or whatever but at the end of the day you don’t wish bad upon anyone, you just go out there and race,” said McLaughlin.

“Like [yesterday], if we win a race and Jamie finishes third, it’s good for us: We still win and we still get a bigger points gap.

“We’re just focusing on trying to make the job easier for ourselves down the track and if we can keep it bigger than what it is now, then that would be fantastic.”

An added bonus of securing the title at The Bend would be the ability for McLaughlin to adopt an all-out approach at Bathurst in his quest to defend the Peter Brock Trophy.

“The way that you could probably attack a little bit more in places at the Mountain whether or not you are going for a win or whatever, you could be a bit more aggressive,” added McLaughlin.

“But we’ll worry about that if we ever get the chance to.”

For his part, Whincup is determined to keep the battle alive for the Great Race, where a 300-point swing will be available in a single outing.

“That’s obviously the goal but we made too many mistakes this weekend unfortunately as a team and of course I put my hand up as part of the team, but also from the driving side of things as well,” said the seven-time champion.

“We have got some work to do during the week to try to get some more pace out of the car but then just minimise the mistakes.”