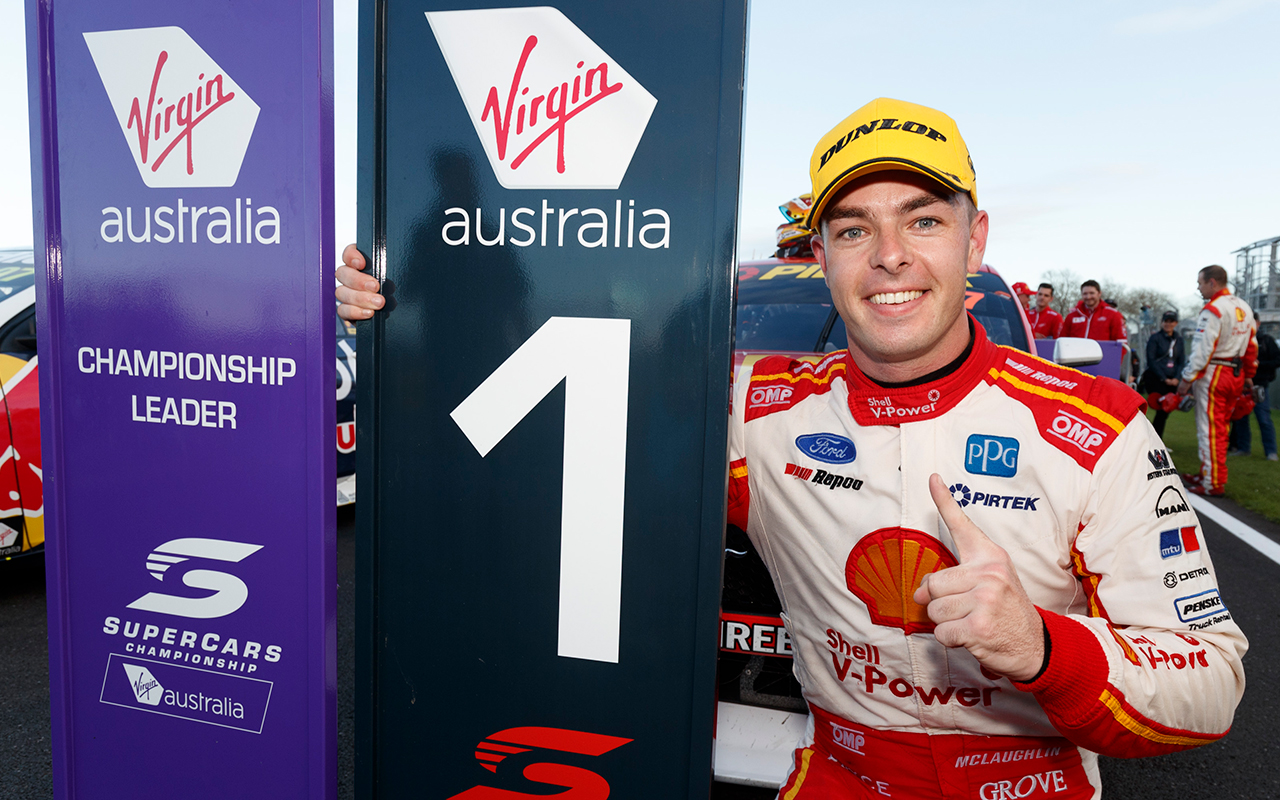 With 900 points available over the next three events, Tickford Racing’s Chaz Mostert is also in mathematical contention, 861 points adrift of the lead.

McLaughlin’s teammate Fabian Coulthard was knocked out of the running with Sunday’s Bathurst penalties, now 907 points behind after being demoted from sixth to 21st in the Great Race result.

The 26-year-old McLaughlin will walk away from the Gold Coast with the title if he drops no more than 22 points to van Gisbergen and 261 to Mostert across the two 300km races.

McLaughlin can therefore wrap up the championship as early as this Saturday, although he will need a DNF for van Gisbergen in order to do so. 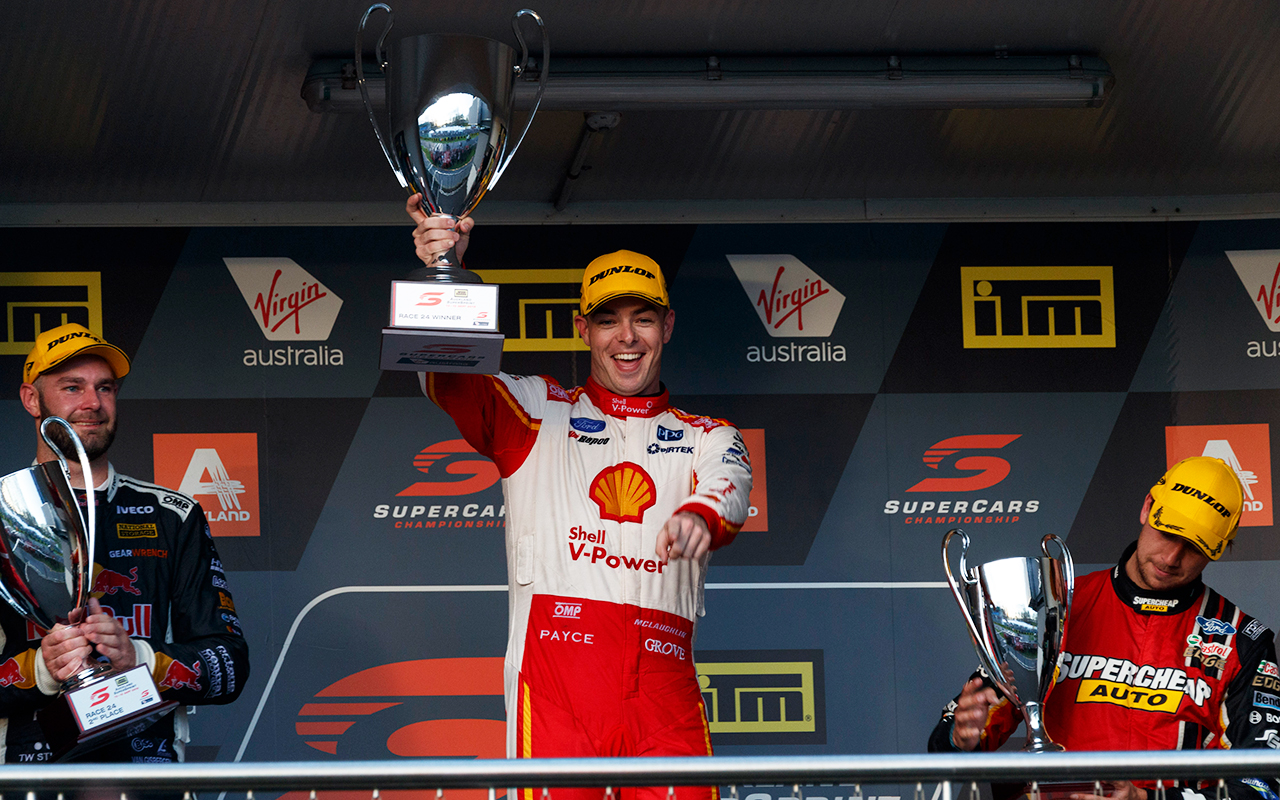 To seal the championship on Saturday, McLaughlin needs to outscore van Gisbergen by 128 points, while not losing more than 111 to Mostert.

Put simply, McLaughlin secures the title on Saturday if he finishes in the top three and van Gisbergen does not finish, regardless of where Mostert places.

Since the current points system was introduced in 2008, just twice has the title not gone to the final round; Jamie Whincup securing the championship at the penultimate event in 2012 and ’14.

Meanwhile, the teams’ championship equation has tightened thanks to the post-Bathurst turmoil involving Shell V-Power Racing.

The Ford squad entered the Great Race with an 867-point lead over the Red Bull Holden Racing Team.

A 300-point penalty and Coulthard’s demotion to 21st means the gap is now 423 points, with 576 available to each two-car squad per weekend.

The Red Bull HRT has outscored Shell V-Power Racing at three of the last four rounds as it attempts to defend the title it won back from the Ford team in 2018.