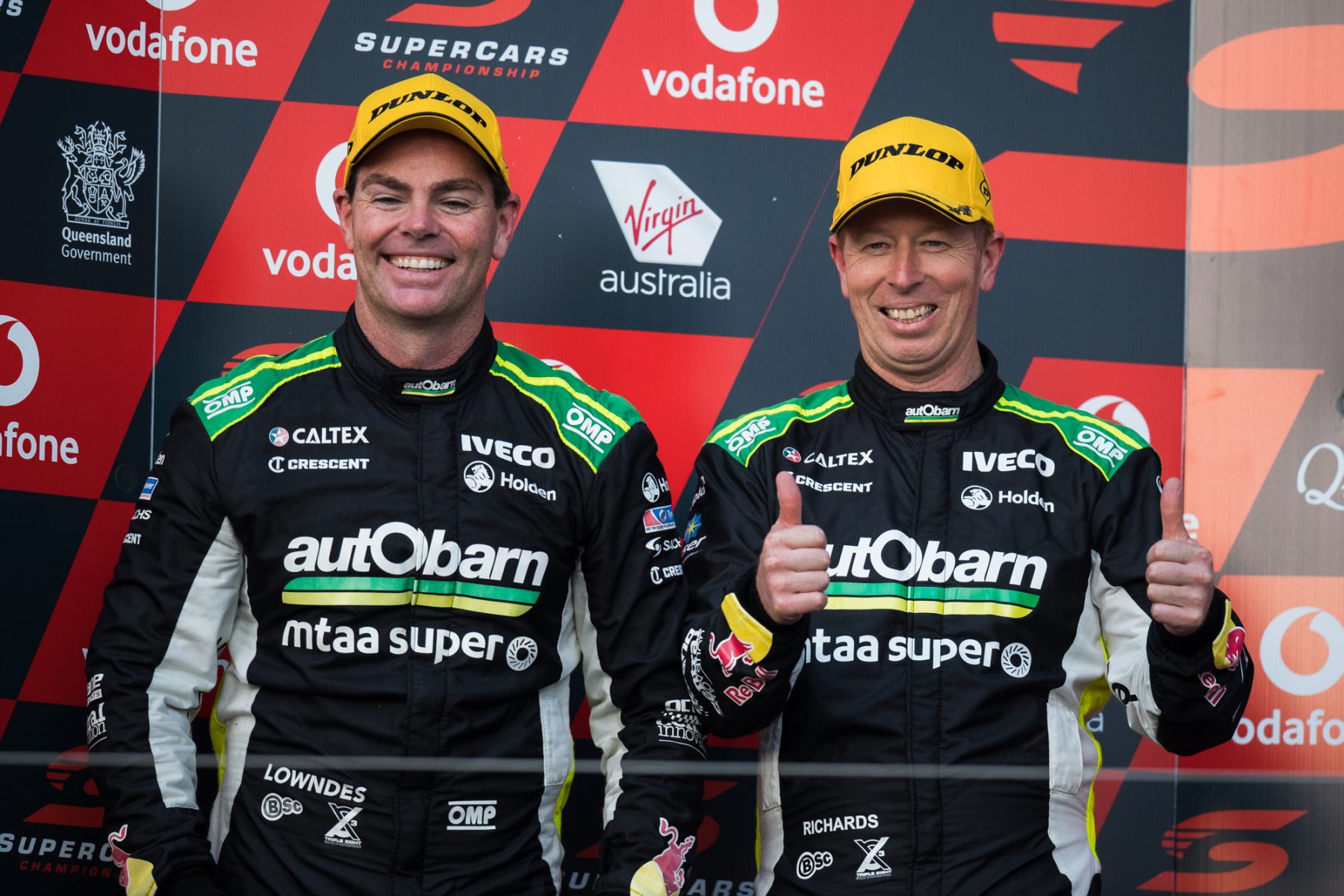 A 14th place finish in today’s second leg of the Vodafone Gold Coast 600 is all that’s required for Craig Lowndes and Steven Richards to wrap up the PIRTEK Enduro Cup.

The veteran duo entered the weekend with a 60-point advantage over the Scott McLaughlin/Alex Premat and Shane van Gisbergen/Earl Bamber combinations in the three-event contest.

Lowndes and Richards’ hopes appeared in trouble after a horror Saturday qualifying, where Lowndes was 16th fastest, and copped a five-place grid penalty for impeding Richie Stanaway.

However, it all turned around in the race as the Autobarn Holden surged to second, while McLaughlin/Premat were fifth after an early incident and van Gisbergen/Bamber 10th following a drive-through for a pitlane infringement.

It left Lowndes/Richards to head into today 87 points clear of the Shell Ford and 120 ahead of the Red Bull Holden. 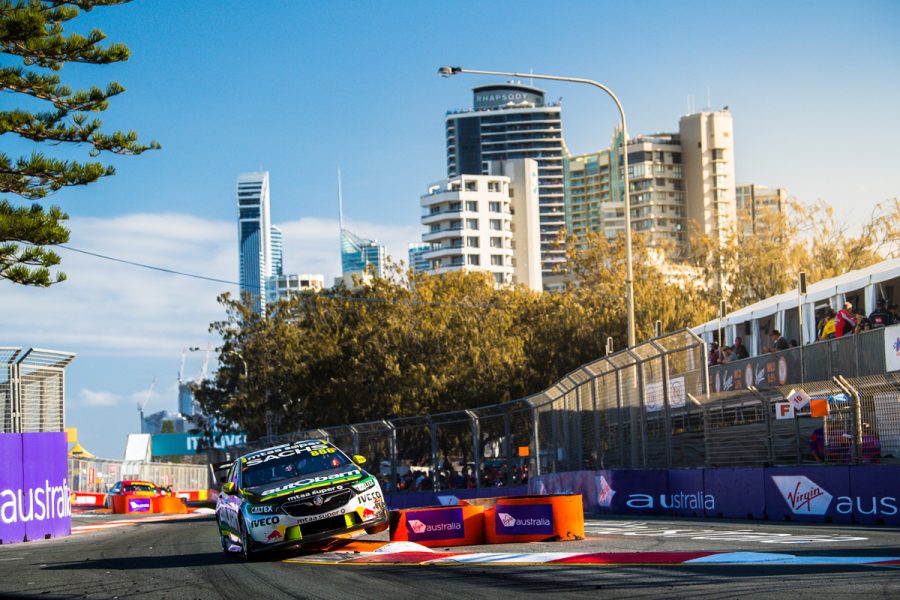 The Chaz Mostert/James Moffat and Scott Pye/Warren Luff combinations are next in the order, both 150 points adrift of the lead, with 150 available for the race win.

Mostert/Moffat remain in mathematical contention, due to the possibility of beating Lowndes/Richards on a countback of wins, should they succeed again today.

Lowndes is aiming to join Luff as a two-time winner of the PIRTEK Enduro Cup.

They won the inaugural title together in 2013, before Luff repeated the feat alongside Garth Tander at the Holden Racing Team in 2015.

Victory would be the perfect end to the five-year Lowndes/Richards partnership, which is set to dissolve following the former’s decision to retire from full-time driving at the end of 2018.