The decision to stay on the one set of tyres in qualifying aided Andre Heimgartner’s run to ARMOR ALL Pole Position at The Bend Motorsport Park.

Heimgartner was the runaway pole winner in qualifying for Saturday afternoon’s Race 9, having topped Practice 2 earlier in the day.

The 25-year-old not only claimed his second career pole, but the first for his team under its new Kelly Grove Racing guise.

Last-start winner in Tasmania, Chaz Mostert, was over two tenths down in second, with only three drivers within a second of Heimgartner’s time.

Armed with his best chance yet to break a 160-race winless start to his career, Heimgartner praised the decision to keep the one set of tyres on as he waltzed to a first pole since Sydney Motorsport Park last July.

“The car was great, it was great in practice,” he said.

“We went with a theory that if we kept the same tyres on, we’d be able to build on that and I’d be able to work on my driving, than have to build the tyre temperature up each time.

“Really happy. It’s great for NED, great for Kelly Grove Racing to get our first pole position this year. 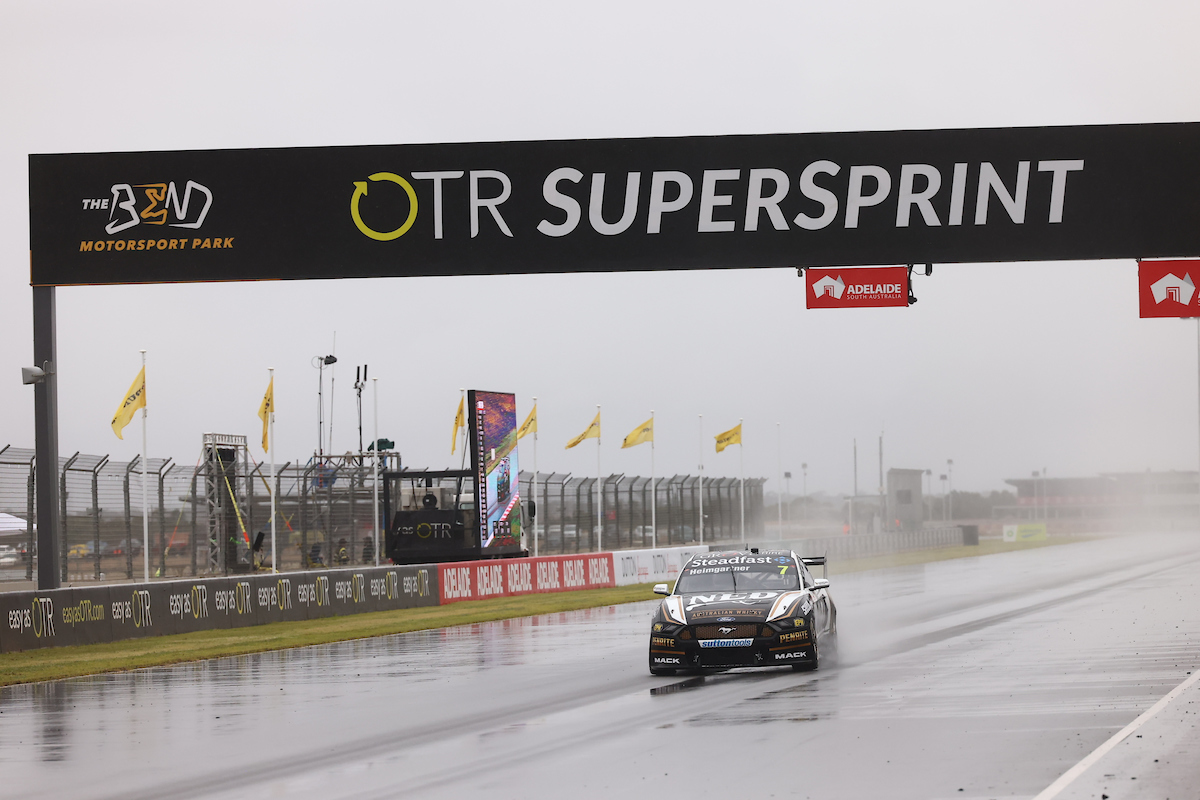 “Things are heading in the right direction.”

The pole marked a welcome return to form for Heimgartner, who dropped out of the top 10 in the standings following a nightmare Symmons Plains showing last month.

The Aucklander recorded finishes of 22nd, 10th and 22nd in the three Tasmania sprints. 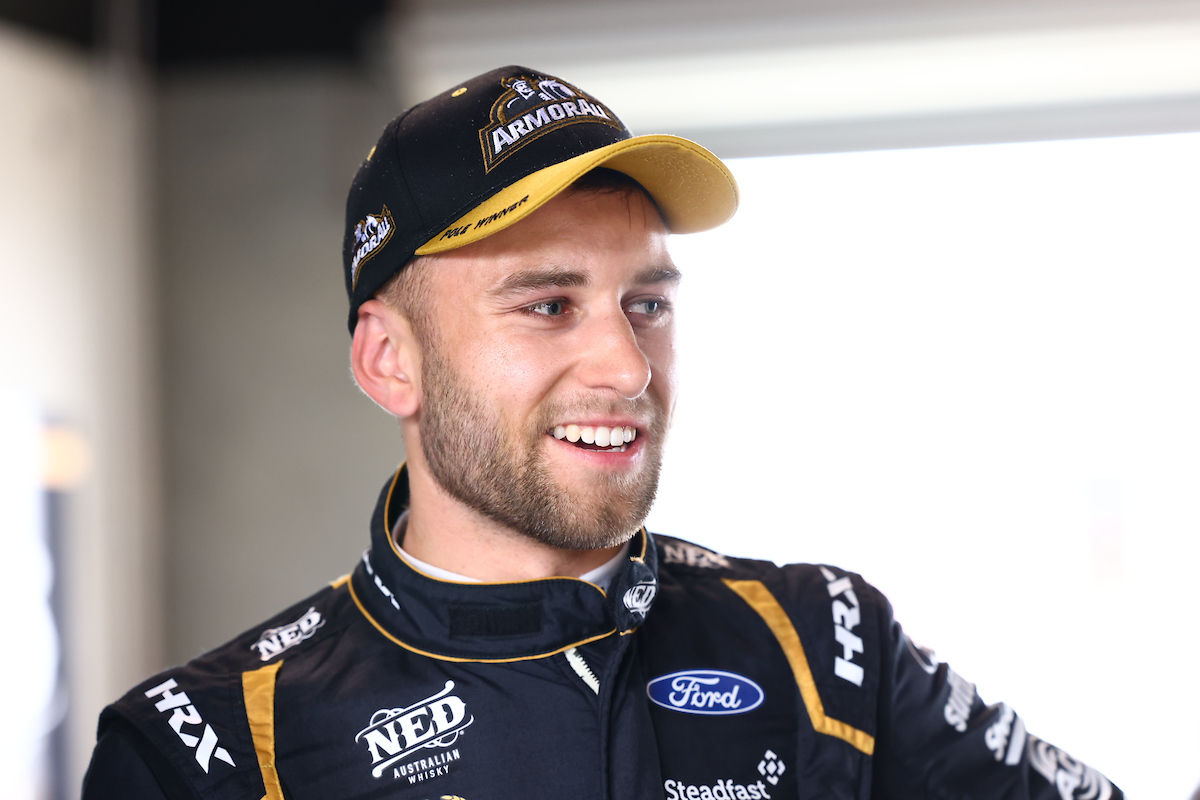 The Kiwi credited his team for the quick form reversal.

“At Symmons Plains, I was getting dropped by the pack,” he said.

“I must’ve forgotten how to drive! Now I’ve remembered overnight.

“It’s a testament to the guys, I had a horrible round last round.

WATCH: SLIPPING AND SLIDING AT THE BEND

“They turned it around and the car’s fast, so I cant wait to get stuck into the race.”

With rain lingering around the South Australian venue, the test remains for Heimgartner to convert his second career pole into victory.

The 25-year-old, who made his main game debut at Mount Panorama as a teenager in 2014, believes he has the package underneath him to be competitive in the race. 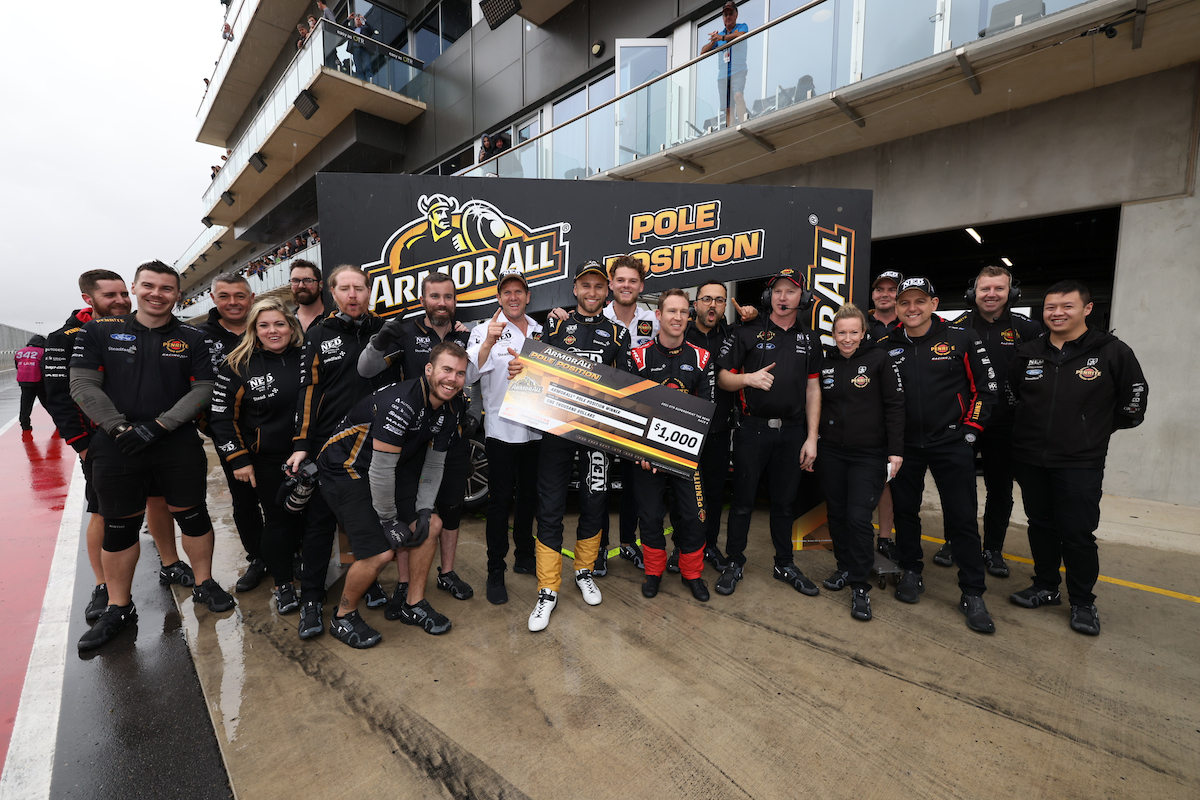 “It’s always half-dry, half-wet when we’re out there; I wouldn’t mind if it was dry,” he said.

“We’re just as fast in the dry, so happy days.”