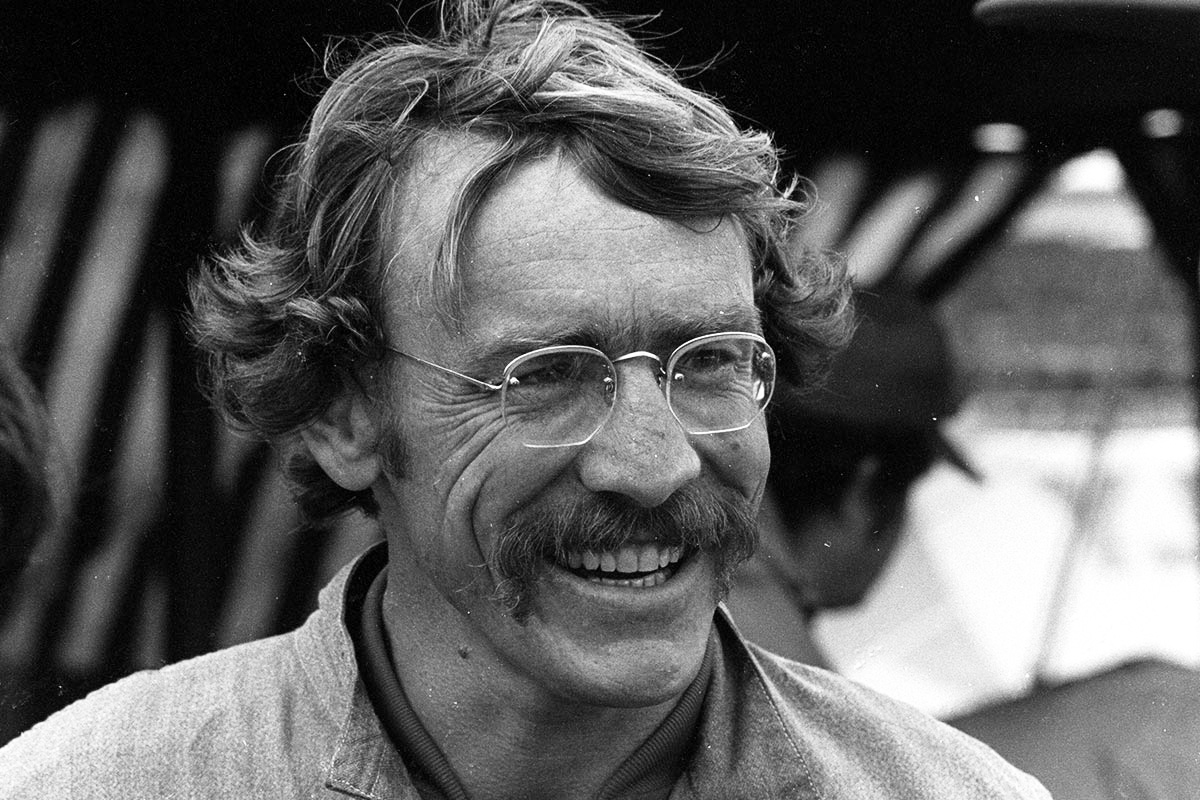 Larry Perkins’ determination to control his own destiny throughout his Australian touring car career was borne out of the frustrations he experienced in Formula 1.

The 69-year-old reflected on his time in both F1 and Supercars on the latest episode of the V8 Sleuth podcast, opening up about his troubled time in the sport’s top level.

Supercars had been due to race for the Larry Perkins Trophy at Albert Park this weekend for a third straight year, before the event was called off due to the COVID-19 virus.

As well as talent behind the wheel, Perkins is renowned for his engineering nous and meticulous preparation, which was key to each of his six Bathurst 1000 wins.

Prior to settling down in Australia, Perkins tried his hand overseas, winning the European Formula 3 Championship in 1975 amid a number of efforts in F1.

He entered 15 Grand Prix between 1974 and ’77, making 11 starts, but failed to make an impression in a series of struggling outfits.

That included Amon, Ensign, Brabham, BRM and Surtees cars, some of which Perkins says were not as bad as poor preparation made them appear. 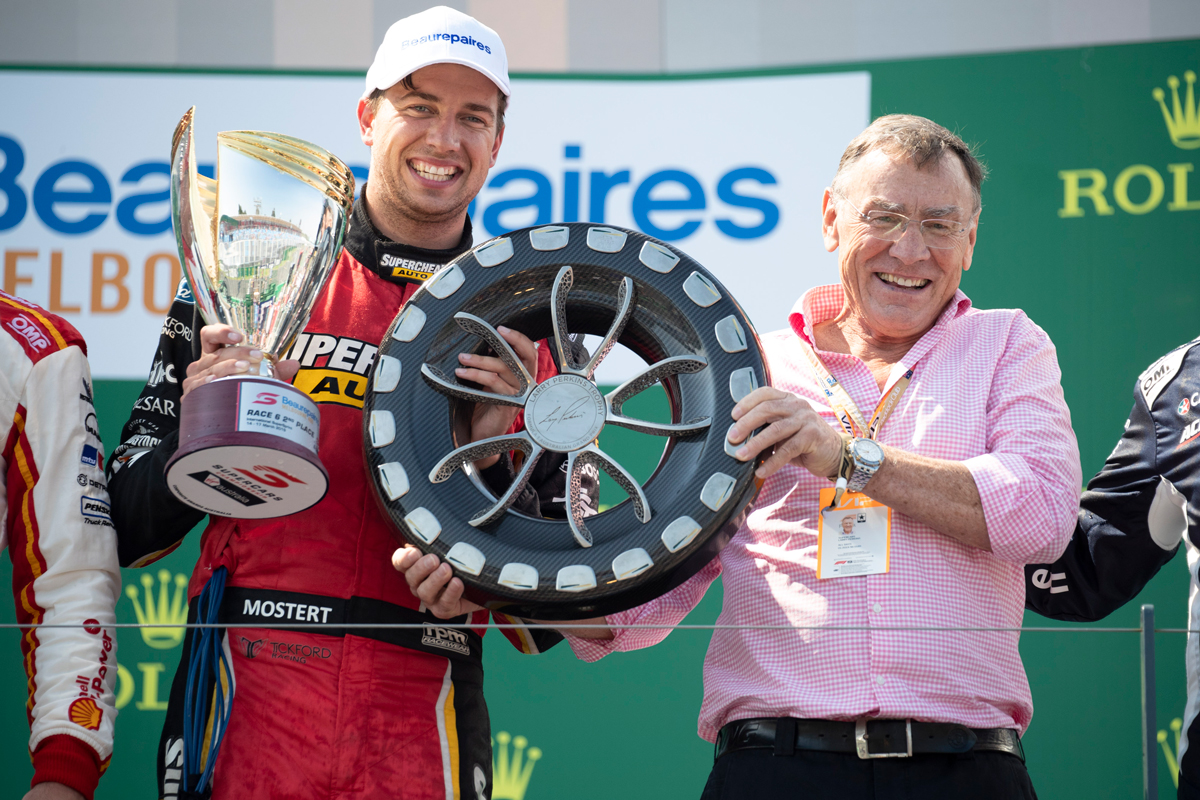 Perkins presenting the LP Trophy to Chaz Mostert in 2019

“They were potentially alright… but you had to have a team around you that wanted to adjust it to make it into a winner,” he told podcast host Aaron Noonan.

“That’s why certain teams were always winners and some weren’t [and] I wasn’t necessarily with teams that were winners.

“The Surtees team was a great disappointment. It was just the way that the teams ran the show, I couldn’t believe what I was seeing.

“The BRM had shocking design failures on them.

“I remember talking to the chief engineer. I’d seen the radiators were that small you wouldn’t put them on a Mini Minor and I said ‘this thing won’t get out of sight without boiling’.

“Sure enough, we go to Brazil and I think it was boiling before I got to the end of pitlane.

“It was very predictable to an old windmill mechanic like myself off the farm.

“It was quite a learning experience, to find such shocking examples of engineering and standard of some of the mechanics.

“I think I had seven or eight races in a row where engines blew up.

“In two cases that was because there wasn’t enough oil in the oil tank and it ran out of oil pressure around the corner, just silly things all the time.

“That’s why when I finally came back to Australia I was determined to run [a team], then there’s only one person to blame if it doesn’t work.” 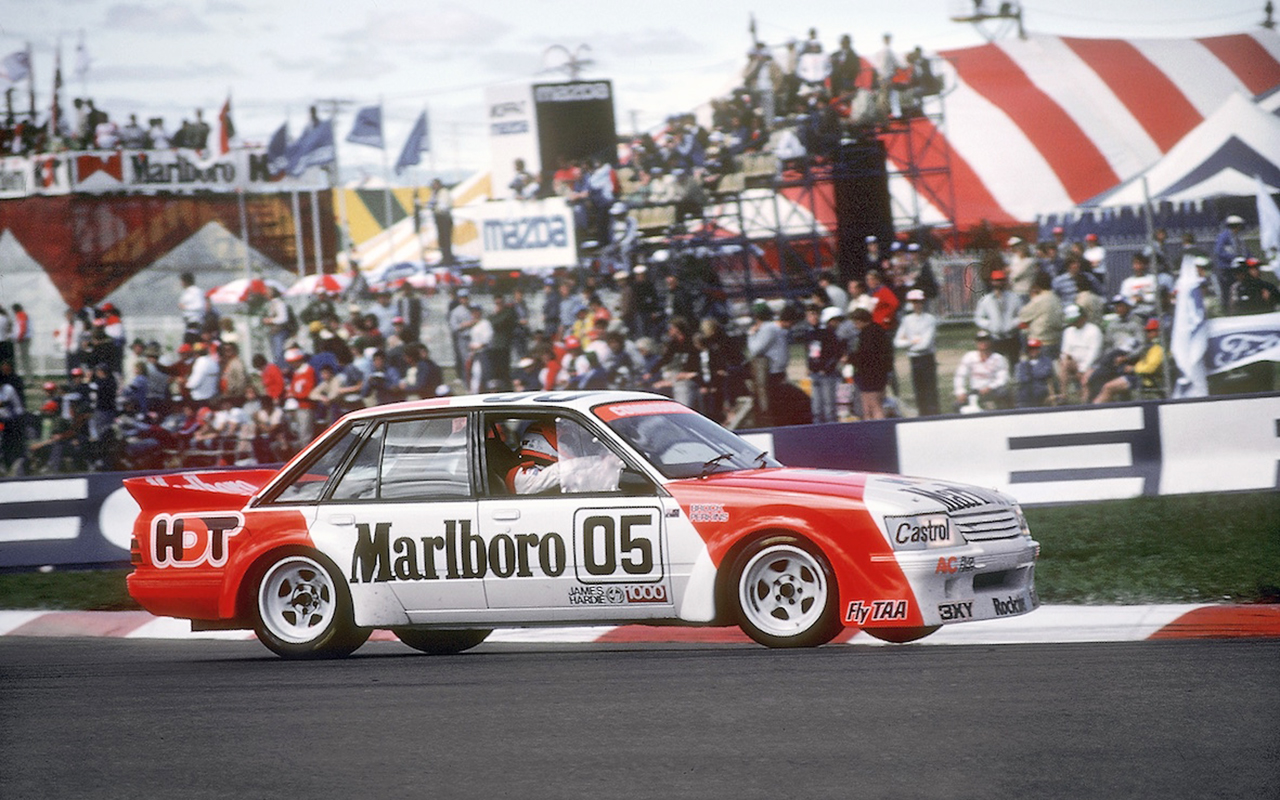 Perkins prepared the HDT entries from 1982-84

On his return to Australia, Perkins hooked up with privateer Peter Janson, preparing and co-driving the flamboyant entrepreneur’s Holdens at Bathurst.

The partnership yielded Bathurst podiums in each of its first three years, before Perkins moved onto a similar deal with Peter Brock’s Holden Dealer Team.

That netted three outright Bathurst 1000 wins from three attempts between 1982 and ’84, with Perkins’ dedication to preparation far greater than his desire to drive.

“I said to Peter ‘I’m not that fussed about driving’,” Perkins reflected.

“That’s where I placed the touring car category of Australia on the world stage, it was just not my focus, it was as simple as that.

“I went down to the workshop and had a look around and said ‘Jesus Brocky, it’s a real s***fight your workshop’. It was dirty and scruffy and shocking.

“It’s how we started and why we got on. I wasn’t constantly saying to Peter ‘give me a drive’, I just wasn’t that interested because I was still wounded from not [fully] getting into Formula 1.” 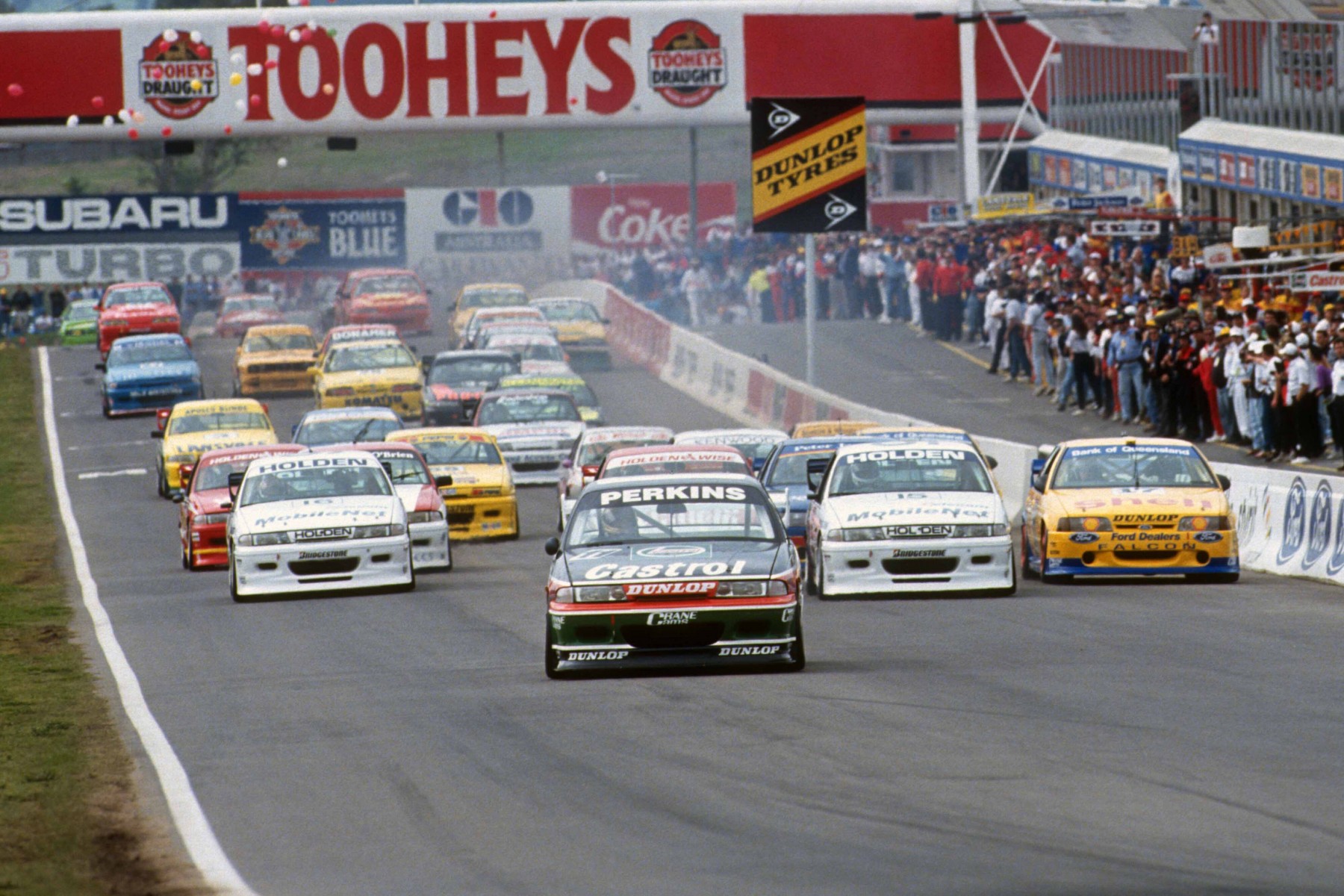 Perkins leading the field away at Bathurst in 1993

Having split with Brock, Perkins spent a single Bathurst campaign co-driving for Dick Johnson, before setting up his own operation in 1986.

After fighting against quicker international Group A machinery in the years that followed, Perkins Engineering hit its straps when the V8 formula was introduced in 1993.

That included Bathurst wins in 1993 alongside the late Gregg Hansford and in ’95 and ’97 with Russell Ingall, cementing Perkins’ reputation as an all-time great.

The 1993-winning car is now owned by Perkins and being restored by his son Jack, sitting alongside the recently finished 2003 VY that Larry drove at the recent Phillip Island Classic.