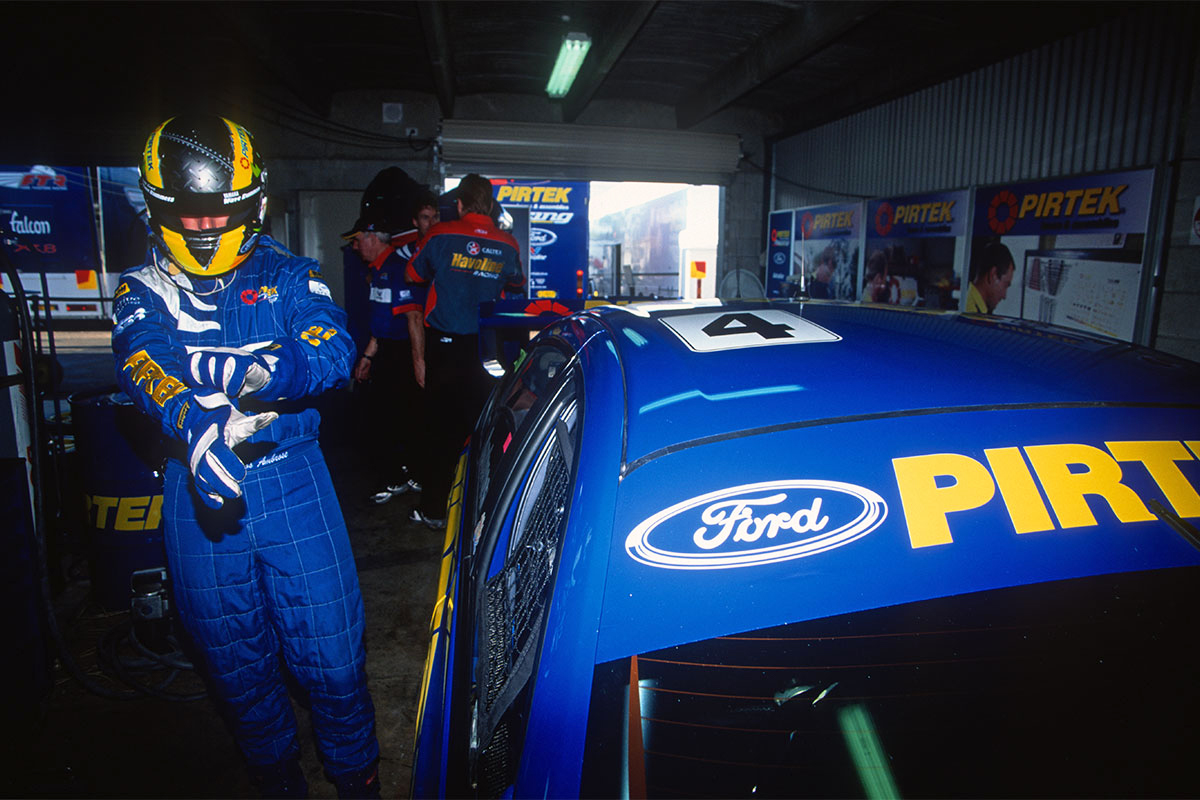 A weekend racing a road-going Honda Integra on the Gold Coast was key in sealing Marcos Ambrose's entry to Supercars with Stone Brothers Racing, the two-time champion reflects.

The runner-up in the Australian Formula Ford Championship to Garth Tander in 1997, Ambrose followed the well-trodden path of young drivers venturing overseas.

He raced in British Formula Ford for two years from 1998, and won the European Championship in '99 before stepping into Formula 3.

A difficult half-season in French F3 was followed by a switch to the British Championship, by which time Ambrose was already eyeing a move back to Australia, "trying to make a living out of motor racing".

Ambrose established contact with Supercars outfits during 2000, even before he was selected to take part in the Honda Young Guns races at that October's Gold Coast Indy event.

The Tasmanian qualified on pole, finished third in Race 1 and then won Race 2, an invaluable outing with Supercars teams watching on amid a turbulent silly season headlined by Craig Lowndes' eventual move to Ford.

While Ambrose had been in dialogue with a range of outfits about the 2001 season, a deal with SBR was "pretty much sealed" on the Monday after the event.

"There was, in the mix, Mark Larkham, Glenn Seton's team, and then there was Larry Perkins, Ross Stone, Jeff Grech from [HRT]," Ambrose told Greg Rust of his 2001 homecoming, on the latest episode of the Rusty's Garage podcast.

"I was emailing them and talking to them well in advance, I knew my time in European racing wasn't guaranteed or forever. 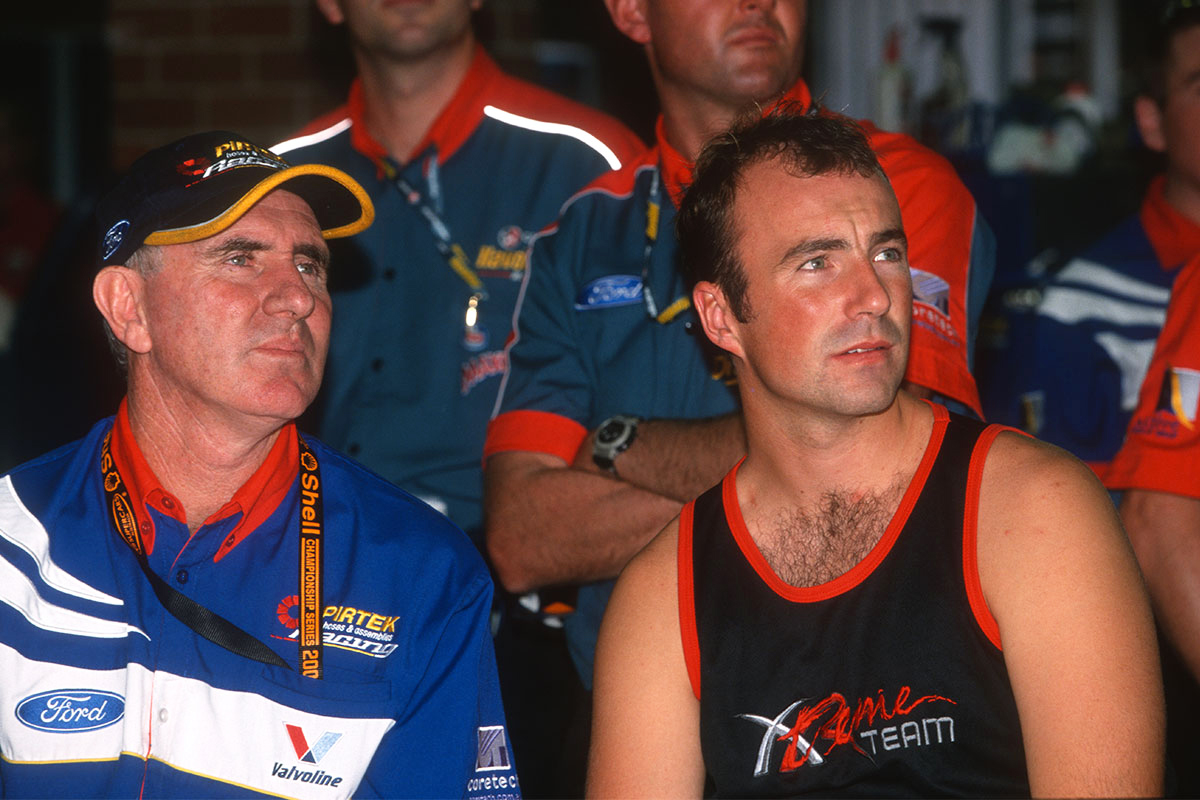 Jim Stone and Marcos Ambrose during the driver's 2001 rookie season

"I was working those channels and to this day I really appreciate Mark Larkham and Glenn Seton and Larry Perkins, those guys, talking to me and potentially giving me those opportunities.

"It just so happened that I did that Young Guns Challenge and did well, it was a really important race for me.

"That weekend was a very important weekend for me, to come home, stamp my authority, [show] what I've learnt and who I am and what I'm all about.

"Ross Stone saw that very quickly, he was the keenest and eagerest of the team owners at that time.

"He was young and hungry and had a business that was just getting going; he'd had some senior drivers in there with AJ (Alan Jones), and Tony [Longhurst] and wanted some fresh blood.

"He was looking for what I was at the time. Very quickly, I wanted to drive for Ross Stone because I liked what I saw as well.

"We quickly got a deal going there. We met on the Monday after the Indy weekend at 6am before the staff got there and they got me out the door by 6:45am." 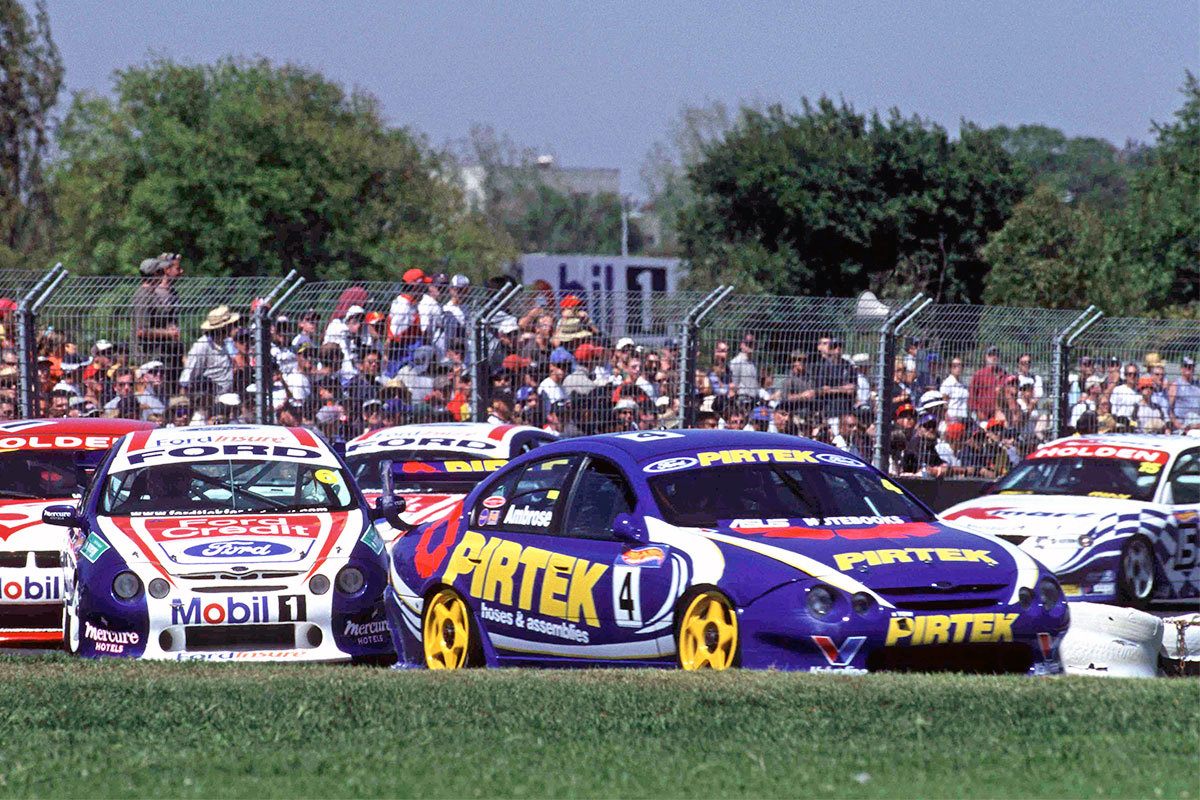 That turn of events did, though, lead to a slightly-awkward trip to Victoria for a pre-arranged Supercars test with another Ford outfit.

"That following week, I went to Melbourne to do a test for Glenn Seton," Ambrose, above leading Seton's eventual recruit Steven Richards at Albert Park, added.

"I got to Melbourne, did the seat fitting, stayed in the hotel and Glenn must've heard that I'd already pretty much sealed the deal with Ross Stone.

"I hadn't signed a contract, so I thought I'd keep going in case it falls over with Ross. We didn't do the test...

"That was a very dynamic time. 2001 was probably the peak of activity in the driver market and the quest for winning drivers at that time, it was a very competitive, exciting time.

"Larry threw me a bone and threw me a contract, which I didn't sign, because it was a typical Larry contract, and you can't blame Larry for that!

"And Larko was going to give me a shot but I was really nervous about Larko because his team hadn't delivered.

"[Emailing these bosses] I was asking for their advice. It wasn't 'hey, here I am, look at me, I want to drive for you'.

"I was asking their advice; 'what should I be doing?' I learnt what I needed to be by listening to their advice and I think the stars aligned at that stage." 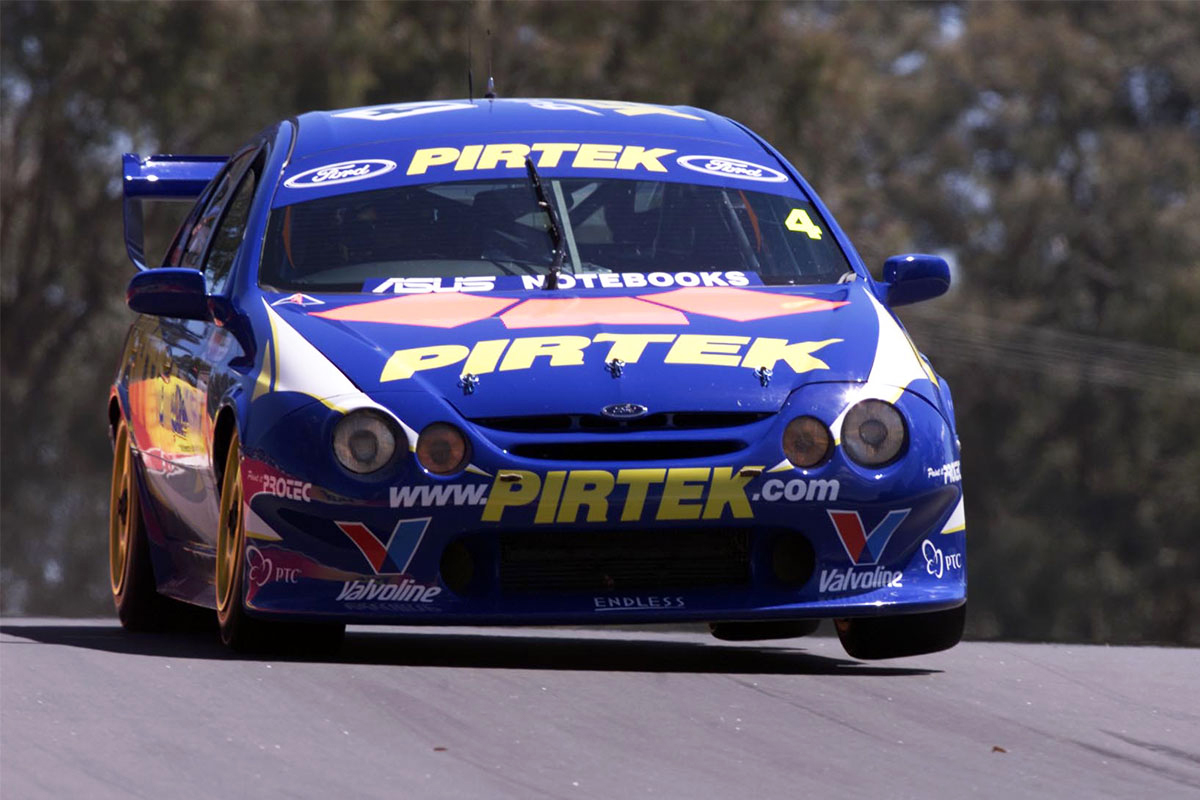 He claimed pole in his very first outing, the non-points Australian Grand Prix support races at Albert Park, and famously for his Bathurst 1000 debut later in the year, above.

Ambrose took a maiden round win at Hidden Valley in 2001 on his way to eighth in the points, then three race wins and third in the '02 standings.

Two titles followed before a near miss in 2005 chasing a hat-trick and Ambrose's high-profile switch to NASCAR in '06.