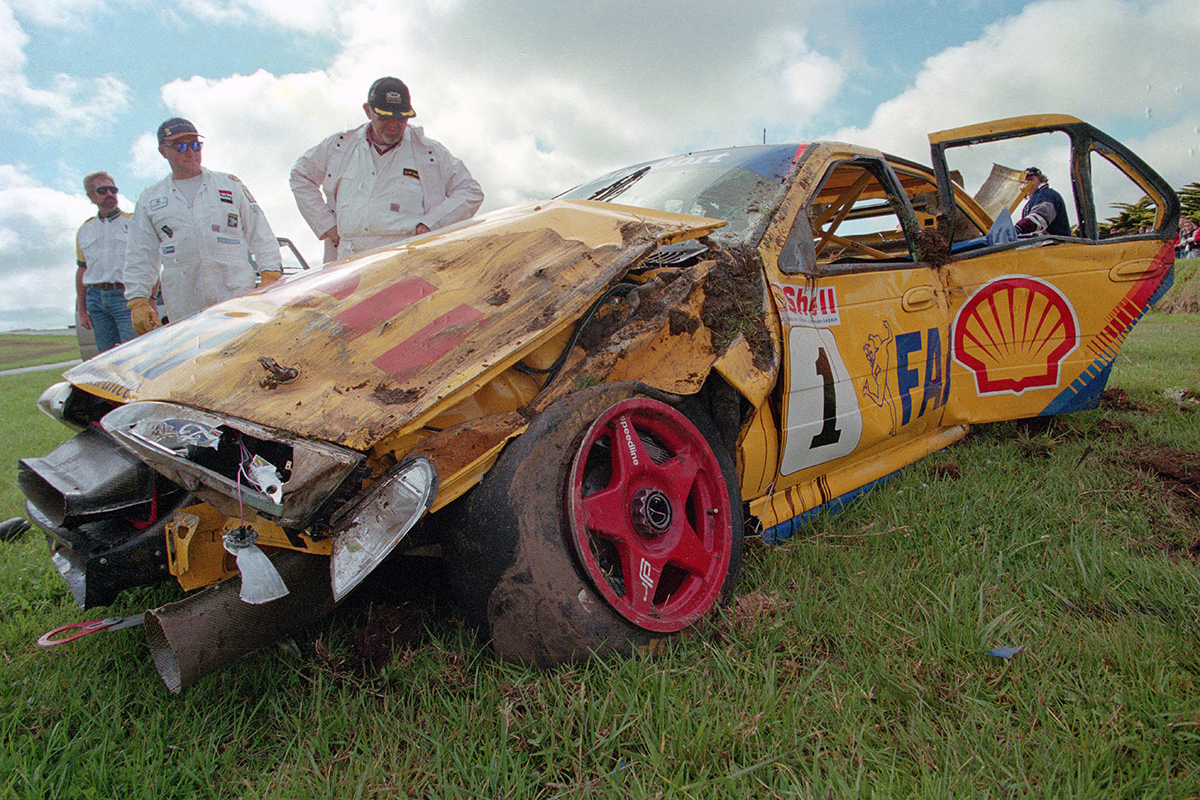 The story of one of those 'non-survivors' is set to be detailed in a limited edition, hardcover book documenting the history of every Dick Johnson Racing and DJR Team Penske race car.

It is now available to pre-order here.

The car in question is the 1994 Bathurst-winner, the #17 Ford Falcon EB raced to victory by Dick Johnson and John Bowe, below.

Along with its place in Mount Panorama history, it took 12 championship race wins and was the only car Bowe used during the Supercars Hall of Famer's title-winning 1995 season.

The car's racing life ended in the tyre barriers at Phillip Island in 1996, Bowe crashing heavily at the Hayshed in an impact that flicked the Falcon skywards and into a series of rolls.

Still usable components were stripped from the damaged shell, which was then sent to the crusher. 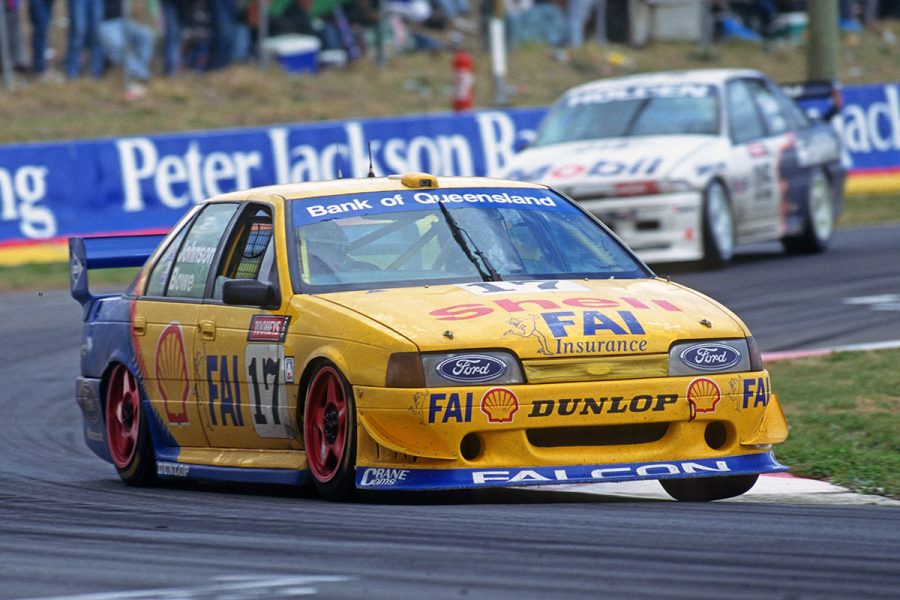 But it didn't need to be that way, according to Bowe.

"Dick and I have talked about it a number of times," he said.

"It wasn't that badly damaged; it could've been saved, easily saved.

"These were the days when the cars were cars, they weren't built out of an Ikea pack like they are now and clothed in plastic; they were real cars.

"They came from the Ford plant with 'deleted items' off them like bracketry and sound deadening, and they'd turn up on the back of a truck. Six of them!

"So it wasn't all that hard to go and build another car (and) that's what happened.

"The people that were there at the time decided to shelve it, to stick it away, and eventually it was sent to the crusher."

The irony, Bowe says, is that the Ford certainly wouldn't have met the same fate had it been racing today.

"Nowadays, they'd probably fix it in a day, the structural damage. But that wasn't what happened," he said.

"Imagine what that car would be worth now..." 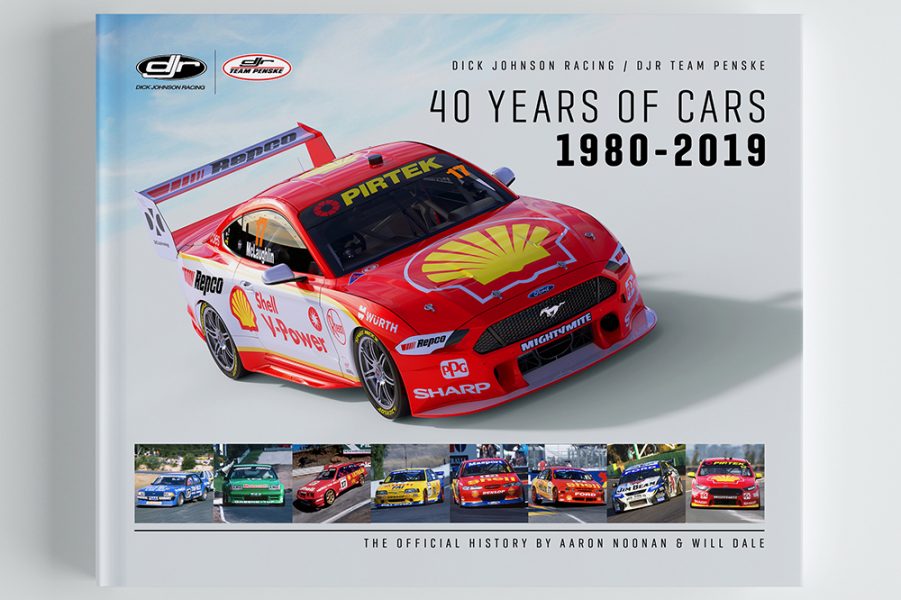 The 400-page book will feature all of the team’s Ford race cars from the famous ‘rock’ Falcon XD of 1980 through to the Shell V-Power Racing Mustangs competing in this year’s Supercars Championship.

Previously unpublished photos covering the entire range of Falcons, Sierras and Mustangs raced by the team over the last four decades will also be a major highlight.

Officially licensed and endorsed by Dick Johnson and DJR, the book will be published by V8 Sleuth in association with Authentic Collectables, the official supplier of model cars and print memorabilia to DJR Team Penske.

Supercars.com contributors and respected writers Aaron Noonan and Will Dale are compiling the book, with each copy to come with an individually-numbered certificate of authenticity signed by the three-time Bathurst 1000 winner Johnson.

That will include its evolution into DJR Team Penske and the cars built and raced by the team in this new era.

DJR and DJRTP fans with photos, information or details they’d like to pass on for consideration for the book should contact the publishers via the V8 Sleuth website.