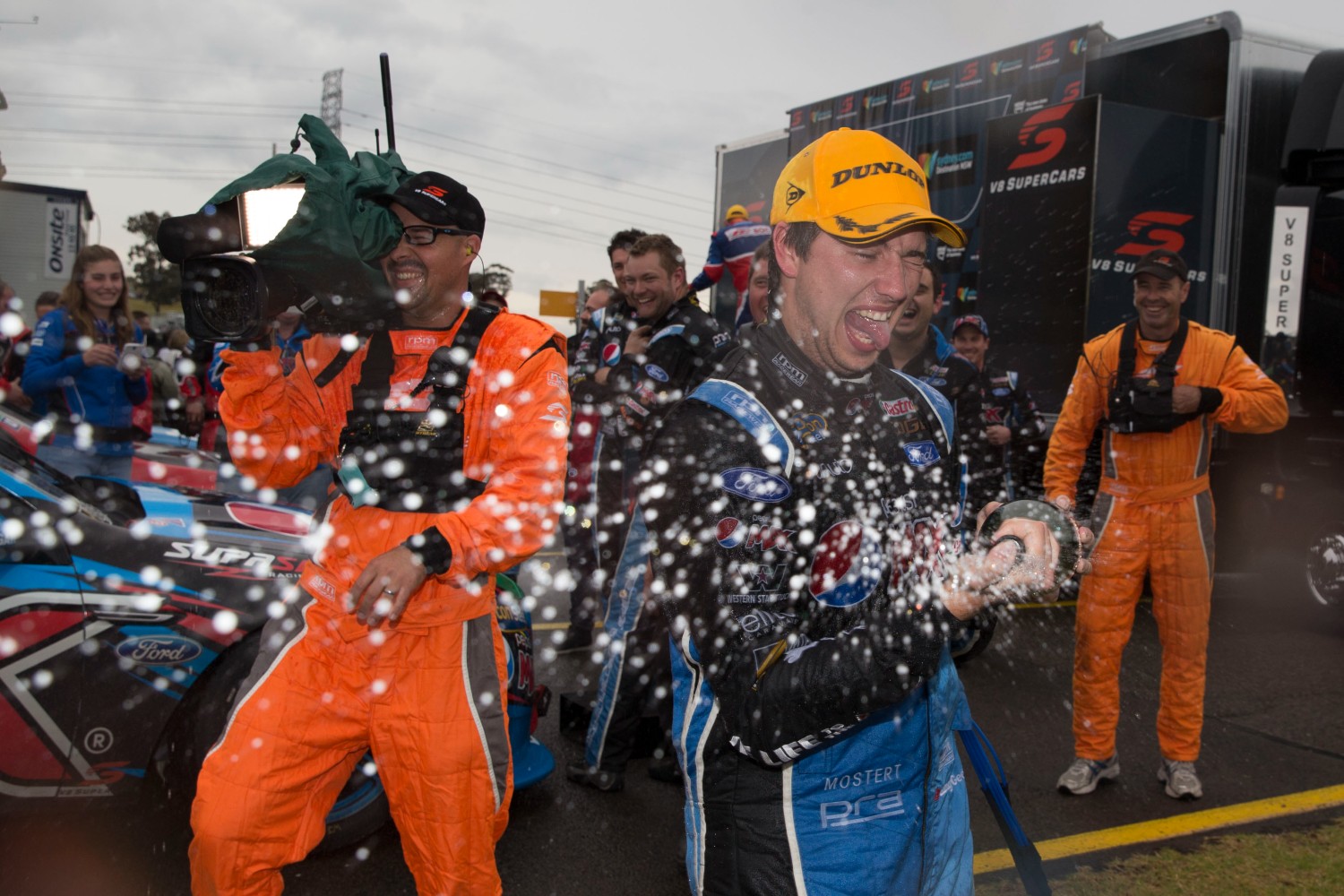 Chaz Mostert’s masterful drive in the wet at Sydney Motorsport Park on this day six years ago should have been the key headline.

On August 23, 2015, Mostert scored his final win of a 2015 campaign which was cut short by a horror qualifying crash in Bathurst.

The then Ford young gun sailed to a second win in as many days, leading home Brad Jones Racing duo Fabian Coulthard and Jason Bright.

It was Bright’s incident with Shane van Gisbergen which captured the attention, Bright taking an unconventional route following the incident.

A lunge from van Gisbergen, who had started 15th, saw Bright tipped into a a high-speed spin at Turn 4.

In response, Bright subsequently cut out the whole southern section of the Sydney Motorsport Park circuit to regain his third position.

A Safety Car on the second lap kicked off the drama, with the majority of the field diving into the lane for their first stops.

Mostert held third on the opening lap behind Scott McLaughlin and David Reynolds, but jumped both in the stop under yellows.

Prodrive Racing Australia had short-filled Mostert relative to Reynolds, but the #6 Pepsi Max Falcon was a class above. 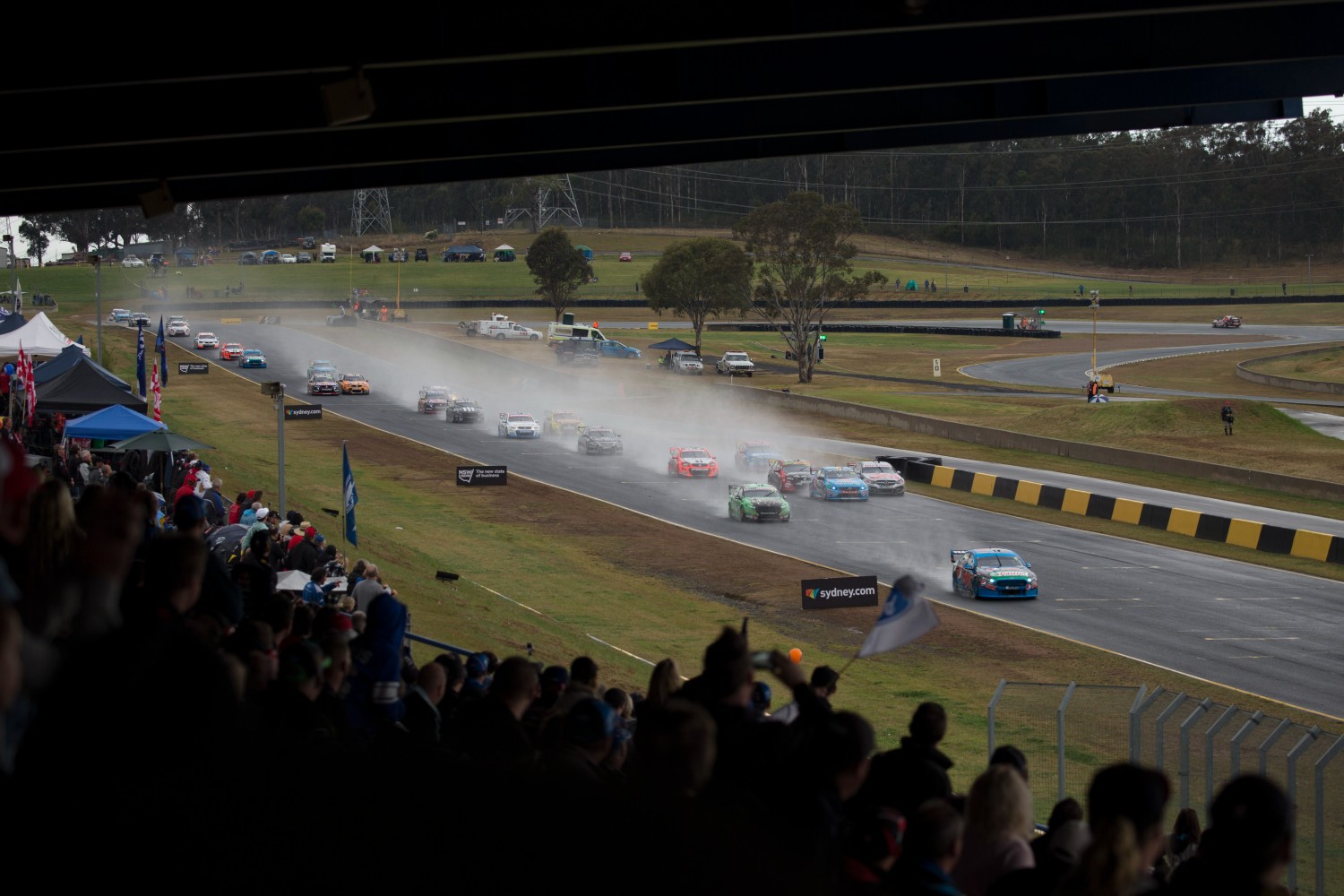 Mostert leads the field at a wet Sydney Motorsport Park

Mostert’s middle stint was so good, that he held enough of an advantage when the rain hit ahead of the second stops.

Coulthard and Bright had opted to stay with soft tyres during the lap 2 stops.

Bright was a force at the start of the wet final stint, charging from seventh to second.

However, as his pace died away, van Gisbergen became a major factor.

Just minutes before the time certain finish, van Gisbergen made his move. Bright spun, and rejoined at Turn 8. 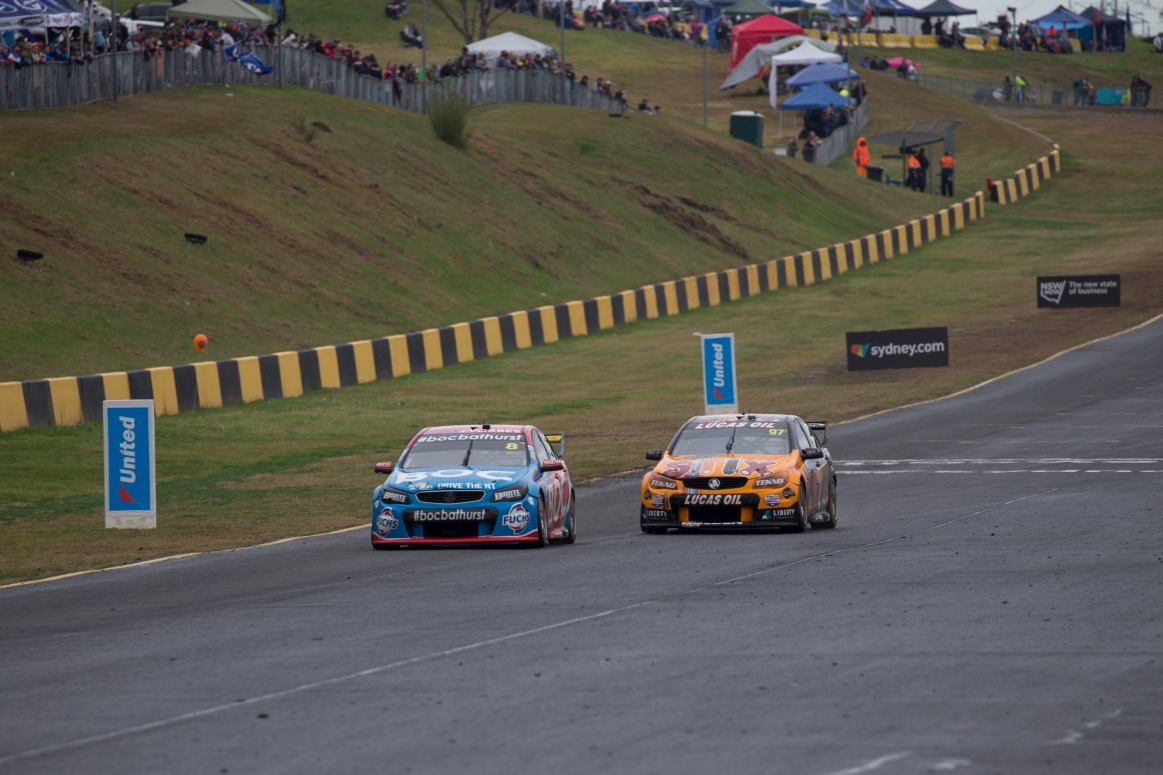 Bright had cut over a kilometre out of the circuit to retain a third place that he then held until the chequered flag.

Van Gisbergen had already raised eyebrows when he drove through the wet grass to keep his wet tyres alive.

Speaking after the race, he admitted fault, and wanted Bright to keep his podium.

“It was my fault, I was far enough up, right in there, but I pinched a brake,” said van Gisbergen, who had mastered the circuit in the wet 365 days earlier.

“The track was still a bit wet on the inside and just understeered out into him.

“It’s up to the stewards now but I hope they let him keep it. He deserves to be third.

“He did short cut half the track but [David] Reynolds did it at Darwin and got away with it, so hopefully they keep it consistent.”

Van Gisbergen spoke of Reynolds’ Darwin incident, where the Ford driver went off trying to avoid another car.

Reynolds cut the Turn 5 hairpin and rejoined the race, which he won.

Bright was adamant the precedent would see him survive. 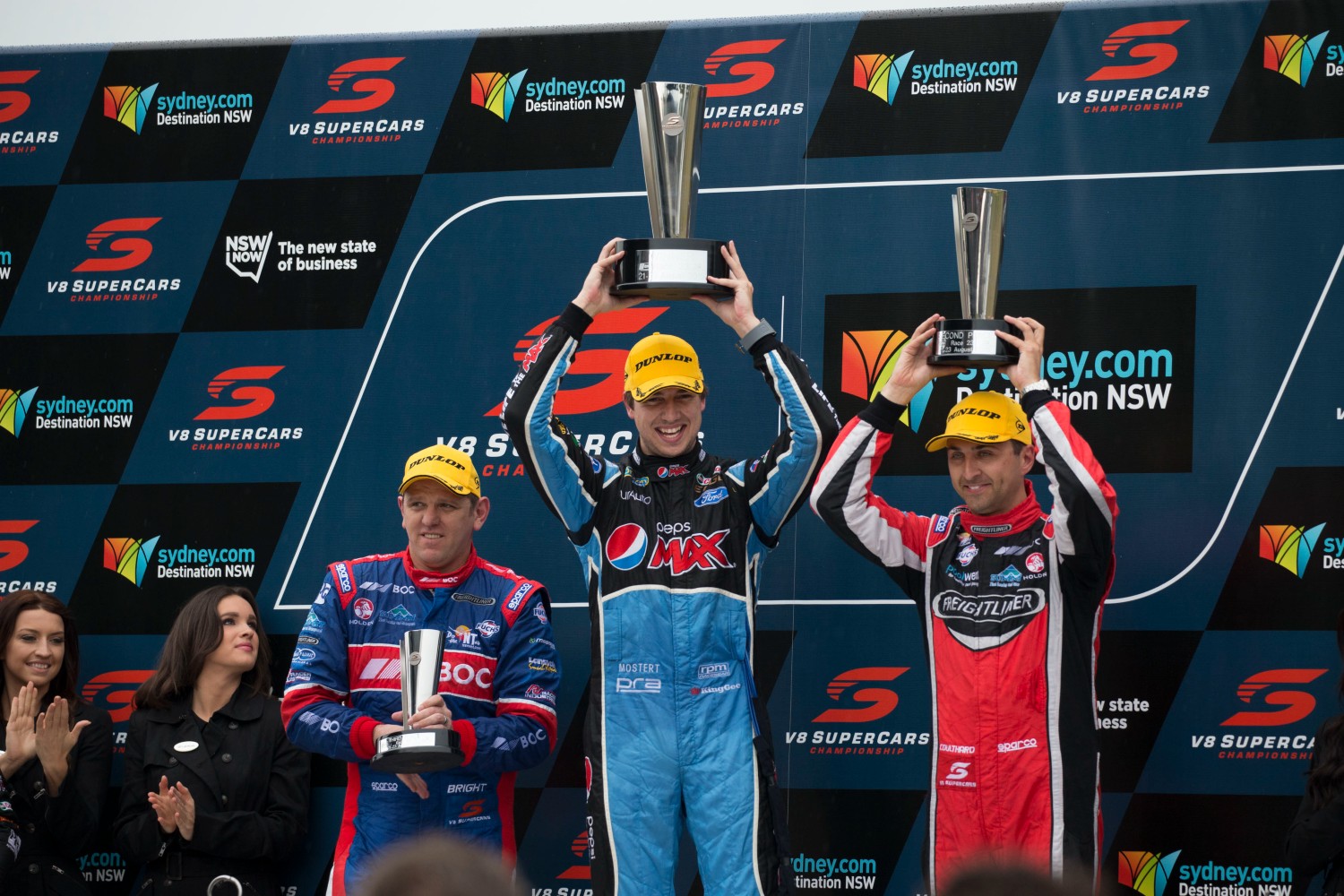 "I figure if Reynolds can make a mistake and drive like a shortcut at Darwin then what I did is no worse than that," Bright said.

“I was actually pushed off and didn’t gain any ground. I’ve seen plenty of other guys do it over the years and not get a penalty so I don’t see why it’d be any different.

"I’d be very surprised if I got called out and pretty disappointed.”

Neither driver was penalised, Bright and van Gisbergen retaining their finishes of third and fourth.

The Repco Supercars Championship will return to Sydney Motorsport Park in November for the Beaurepaires Sydney SuperNight.