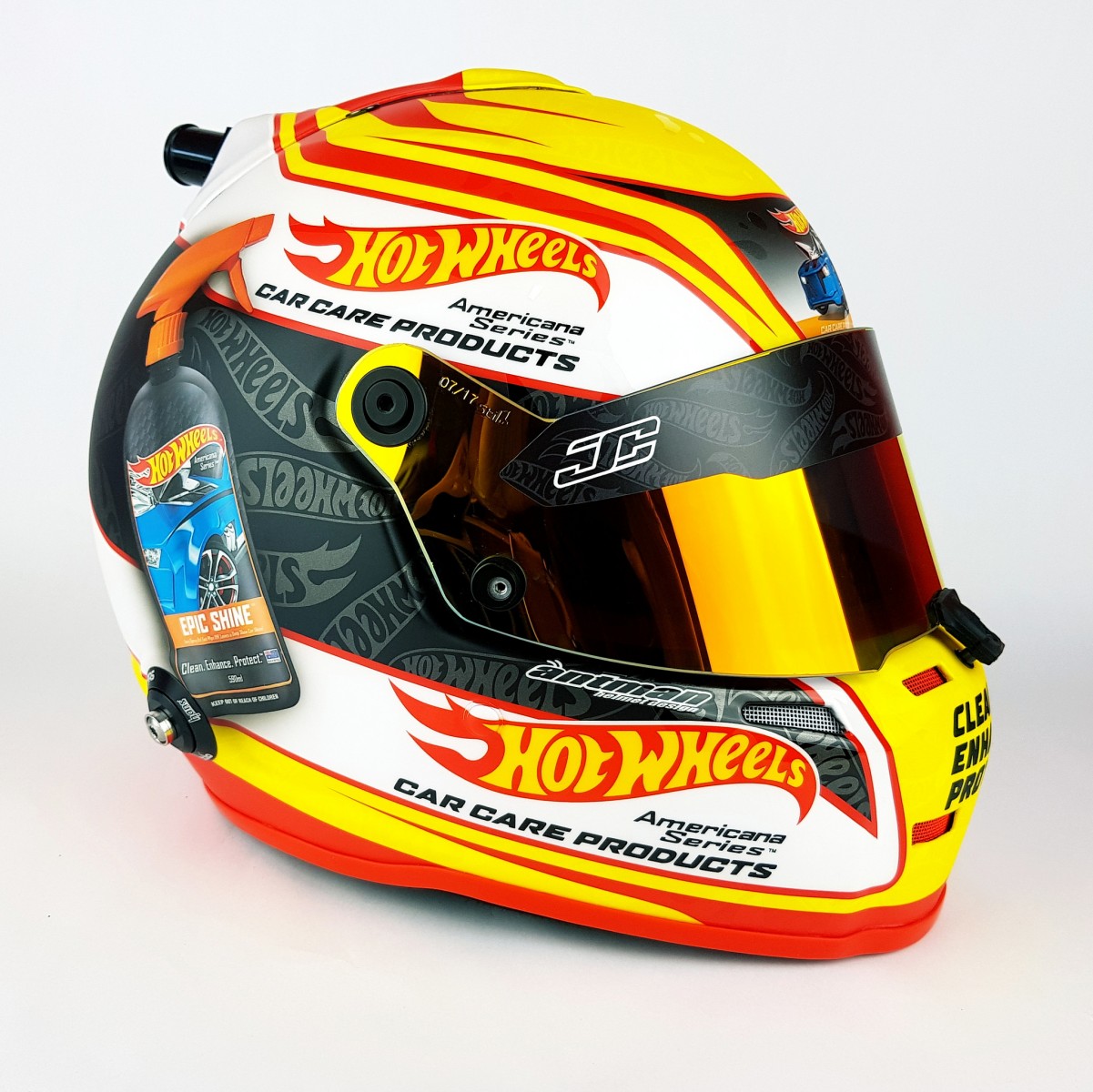 Hot Wheels Car Care Products, which is produced under license from global toy giant Matel, has partnered with the 2010 Supercars champion as it moves into the Australian market.

Hot Wheels takes over the role of helmet backer for Courtney, who 12 months ago introduced Boost Mobile, which went on take primary sponsorship with the team.

“Joining forces with James Courtney is an awesome way to launch this brand into Australia,” he said.

“The Virgin Australia Supercars Championship is the perfect platform for us to reach our target audience – families with strong automotive passion.

“The international profile of James, along with his youthfulness and zest for life fits well with the Hot Wheels Car Care Products brand.”

Added Courtney: “It’s a great partnership, these guys have come to the Australian market with a heap of knowledge from what they do in the US.

“They have recognised how good a platform motorsport and especially Supercars is as a family sport.”

Courtney has raced full-time in Supercars since 2006 and is entering his eighth season with the Clayton-based Holden team.

Adelaide is traditionally a strong circuit for Courtney, winning a race at the venue in 2014, ’15 and ’16, before scoring a third last year, which was his best result of the ’17 season.