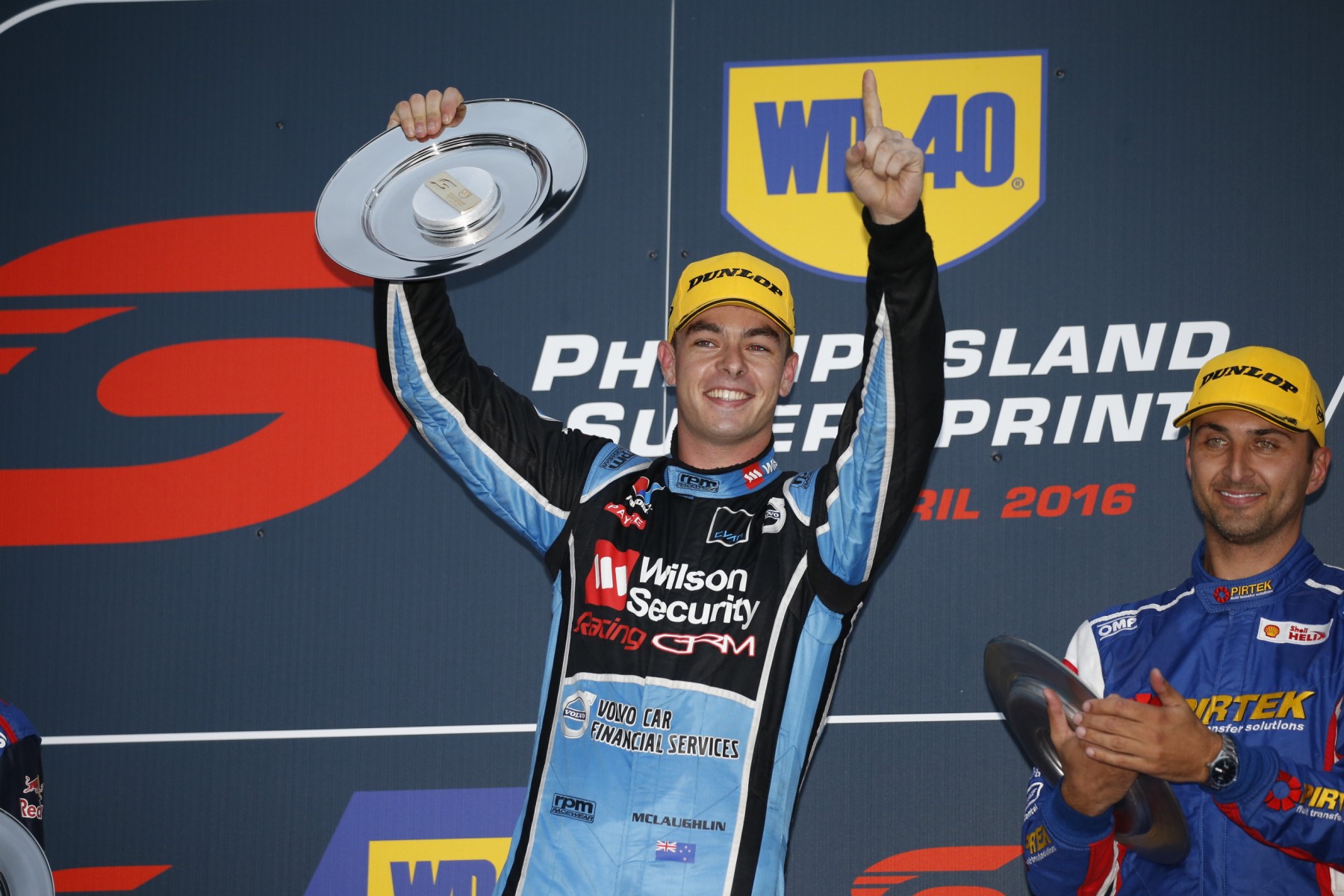 Scott McLaughlin has shown why he is the hottest property on the driver market, clinching the first win at the WD-40 Phillip Island SuperSprint and his first since the 2014 race at the same circuit.

The Volvo young gun struggled last year with engine issues, but put it all behind him to speed back into the winners circle in this afternoon’s 120km race.

A good jump off the start saw him lead Chaz Mostert into turn one and never falter, making him the sixth different winner of the season, taking the first non-Holden victory this year.

Mostert held third position until the final lap when he ran off track, losing a bag of Championship points after a tyre puncture. The error allowed Fabian Coulthard onto the podium behind Jamie Whincup, the Red Bull Commodore 1.242sec away from the quick S60.

“The guys gave me a great car – I’m jut so stoked, it’s been so tough the last year or so. [Glad] to repay the guys in a big way,” McLaughlin said.

“I’m so stoked, I wanted to do a burnout so bad but they wouldn’t let me!”

Michael Caruso struggled off the start, but it was a clean run into turn one as the V8 Supercars fought for position before the pit stop cycles.

Shane van Gisbergen, Mark Winterbottom and Craig Lowndes came in early and the Prodrive racer was able to jump his competitors in the lane.

McLaughlin pitted from the lead three laps later and took a splash of fuel as well as tyres.

The DJR Team Penske cars were in the mix, though a late drama for Scott Pye saw him fly off track at fast turn one.

Brad Jones Racing ran its cars long on strategy, with Tim Slade sneaking into the top 10 and battling with James Moffat.

The V8 Supercars hit the track at 11.40am local time tomorrow for qualifying.