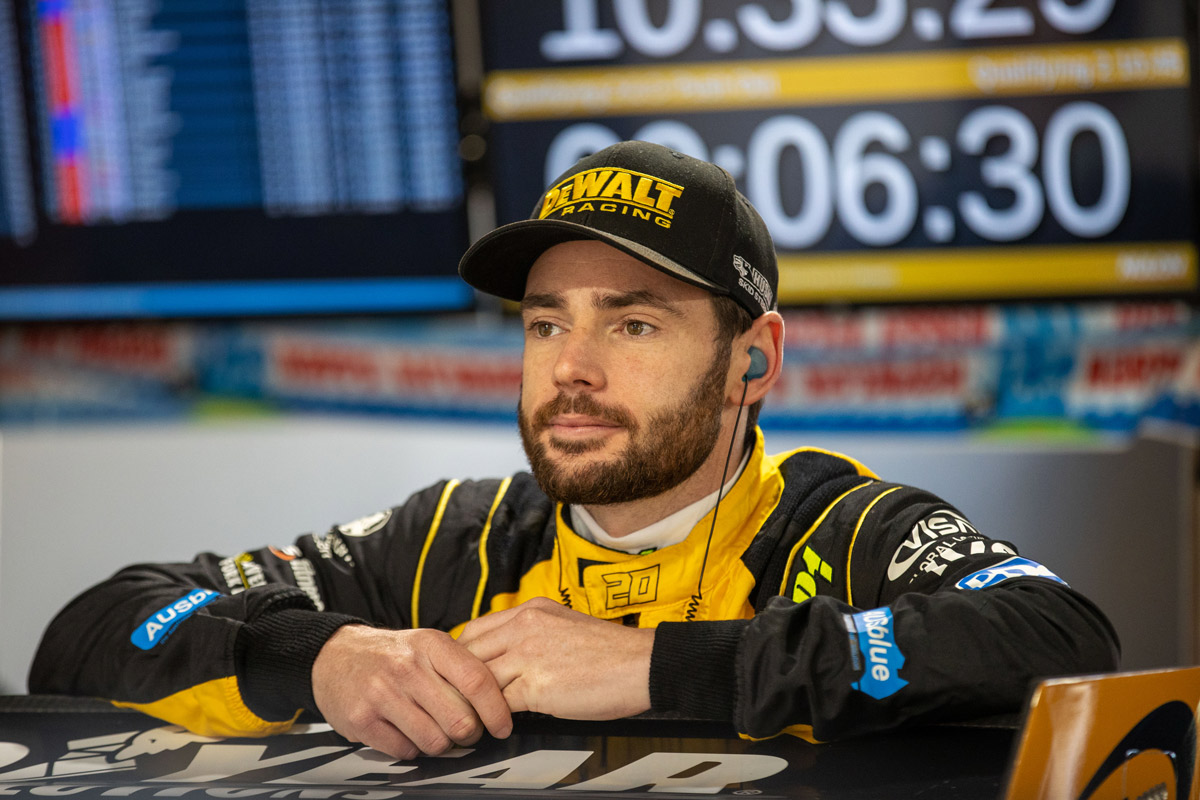 Scott Pye might have been on the sidelines at the upcoming BetEasy Darwin Triple Crown had it not been for a hospital visit on the Gold Coast yesterday.

A heavy fall resulted in a deep cut to his left knee.

“I shunted my mountain bike and I landed on a rock,” Pye told fans during a Twitch session from his hospital bed.

“I wasn’t going that quick but I’ve come down and landed on my knee.

“I don’t think it was down to the bone, the hole, it would have just been the ligaments that you could see. It was quite deep.”

Having initially opted to treat himself, Pye became concerned when his knee ballooned by Wednesday night.

“[On Thursday] morning I could not really walk so I rang Dr Carl [Le], who’s our doctor for Supercars, and I sent him a photo of it,” said Pye.

“It looked really bad so he just said, ‘go straight to the emergency department at Gold Coast Hospital’ and that’s what I did.

“I was expecting to be here for an hour, I actually parked in a two-hour carpark and then came in expecting to get some antibiotics and leave, and then when the doctor saw it he said it was quite bad.

“So I’m in here now for a course of antibiotics for 24 to 48 hours because if I didn’t get on top of it, he reckons I wouldn’t be racing next week.

“I had to have my kneecap X-rayed, which was all good. I also had to get an ultrasound done – because of the infection, they wanted to make sure that there was no gravel in the wound.

“There was no dirt in my knee and I don’t have a fracture, so it’s simply just an infection.”

Coming off his first top five placing since joining Team 18 in the off-season, Pye confirmed he will be fit to compete in the BetEasy Darwin Triple Crown on August 8-9.

Fielding an array of questions from fans, the 30-year-old laughed that the mountain bike fall was not van Gisbergen’s fault: “I just ran out of talent.”

Scott Pye  ›
Stay In The Know
Sign up to the Repco Supercars Championship Newsletter
We use cookies to ensure that we give you the best experience on our website. If you continue to use this site we will assume that you are happy with it.Ok