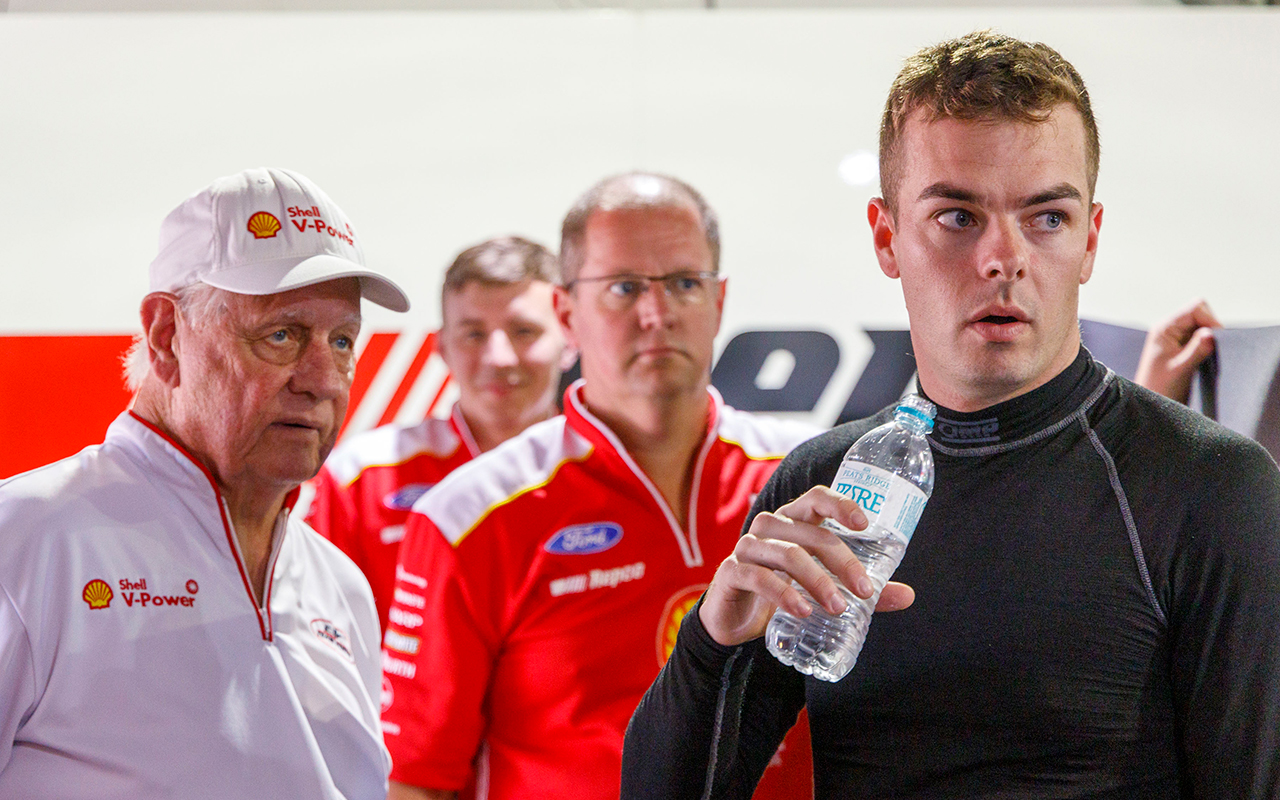 Scott McLaughlin has been released from Gold Coast University Hospital after being cleared of injury, following his heavy crash in qualifying at the Vodafone Gold Coast 600.

McLaughlin’s weekend ended with a spectacular crash at the Turn 1/2/3 chicane, clouting the barriers on both sides of the circuit; the second hit tipping the Ford onto its side.

With the crash registering 42.7G, McLaughlin underwent a concussion test in the trackside medical centre, which he passed.

But after appearing to slur words in subsequent television interviews, it was decided to admit the driver to hospital for further tests, where he remained for the race.

Testament to the work put into these cars that I was able to walk away. Thanks to all the marshals and officials that helped me, and to Dr Carl and the Supercars medical team. Thanks to Shane too for stopping and checking on me. Got the all clear from the docs, bring on Sandown! https://t.co/jwmotHS26S

Supercars’ medical delegate Dr Carl Le confirmed McLaughlin has been given the all-clear, but will have a further check-up before the Penrite Oil Sandown 500 in a fortnight.

“Scott McLaughlin has had further tests including an MRI at the Gold Coast University Hospital and been given the all-clear,” he said.

“He is in good spirits and is heading home with his fiancé Karly. He will be reviewed at Sandown but is expected to be fit to race there.”

“We are very fortunate to have Dr Carl Le and team medics and all the volunteers, some of the best doctors around when it comes to trauma, people who are passionate about motorsport who are professionals in their field,” he said.

“We see it across the board and it comes from officials, stewards, doctors, medical staff, we are very, very lucky in motorsport, we’ve got so many people who are prepared to put their time into it.

“Their advice is something you always take into account. When they’re telling you, with a hit like that, you need to take further checks, you take them.

“We couldn’t be more grateful for the care that Scott received and we’re very, very fortunate he got the all-clear.”

Story said McLaughlin had been watching the race from hospital.

“He sent me a number of photos and messages during the race and while he was in hospital he was in room #17. There’s something special about that number,” he said.

“He was watching very intently while he was undergoing a bit of those precautionary checks and things. He was deep into it.”