Scott McLaughlin heads to his home racetrack next weekend at Pukekohe looking to repeat his success at the circuit two years ago.

McLaughlin won his first V8 Supercars race at the 2.91km New Zealand circuit in 2013 and is hoping for a decent points haul at the November 6 to 8 meeting, following strong signs from the Volvo.

Last year at Pukekohe he missed out on Jason Richards Memorial Trophyby just one place, beaten by Mark Winterbottom in the final race. The prestigious award, given to the driver who earns the most points across the New Zealandweekend,was introduced in 2013 to pay tribute to the late and much-loved Kiwi driver.

While it has been a character-building year for 22-year old McLaughlin - who is yet to win a race in 2015 - he's earning results at the right time heading to circuits he has traditionally been strong at.

"To get the car on pole [on the Gold Coast] was a big feat, but we're heading to Pukekohe where we've been good in the past as well - it's all looking pretty good," McLaughlin told v8supercars.com.au.

"No reason why we can't (challenge for JR Trophy).

"We've got the car where we want it to be, the engine seems to be pretty reliable, we just need a bit of luck to go our way ... for me and my career, the JR Trophy would mean a whole heap."

McLaughlin described the issues Wilson Security GRM has faced this year as "a bit of a hammering" and saw the end of this season as a way of gaining momentum and confidence for next year. A top 10 Championship finish is the goal for the season.

Off the back of two successful years racing Supercars - his first in the new gen Commodore at GRM, where he won at Pukekohe and Queensland Raceway, and his second rocketing to stardom in his bright blue Volvo - he knows results can come even if they're completely unexpected.

Take his first win, for example.

"I didn't believe or think I could've won that race that day," he said.

"It was so early in my career and I'm very grateful I was able to do it.

"Especially at my home race - everyone was there, my grandparents, mum and dad, cousins, friends.

"To do it when the races were back at Pukekohe after being at Hamilton for so long was pretty cool.

"I'll never forget that moment, probably the biggest highlight of my career so far." 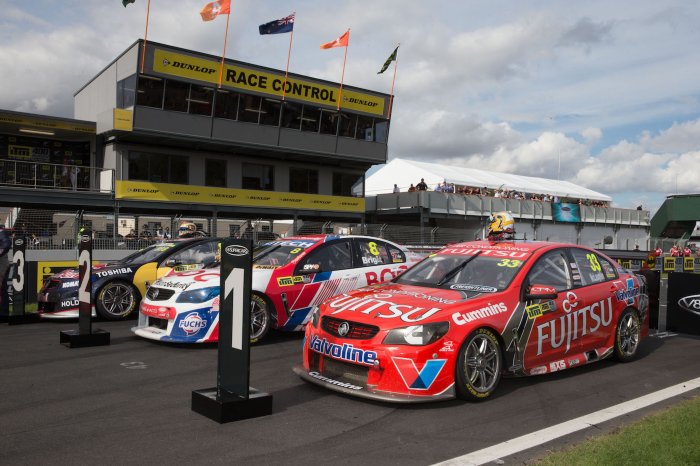 While McLaughlin had been focused on winning the 2015 V8 Supercars Championship after a top five result last year, he has had to readjust his goals for the run home.

He's hopeful of a top 10 finish, sitting 11th, and has Gold Coat podium placers James Courtney and Rick Kelly within 59 points on the tally.

"We are definitely 100 per cent still there or thereabouts," he said.

"James came back [from injury] with a bang and Rick had a pretty good round as well so they jumped me but it's all very tight and a lot of races to go yet.

"I think we'll be there or thereabouts - come the end of the season it'll be close but I definitely reckon we could challenge for top 10, for sure."

The young Kiwi is also pleased by the news his good friend James Moffat will join the Volvo squad next year.