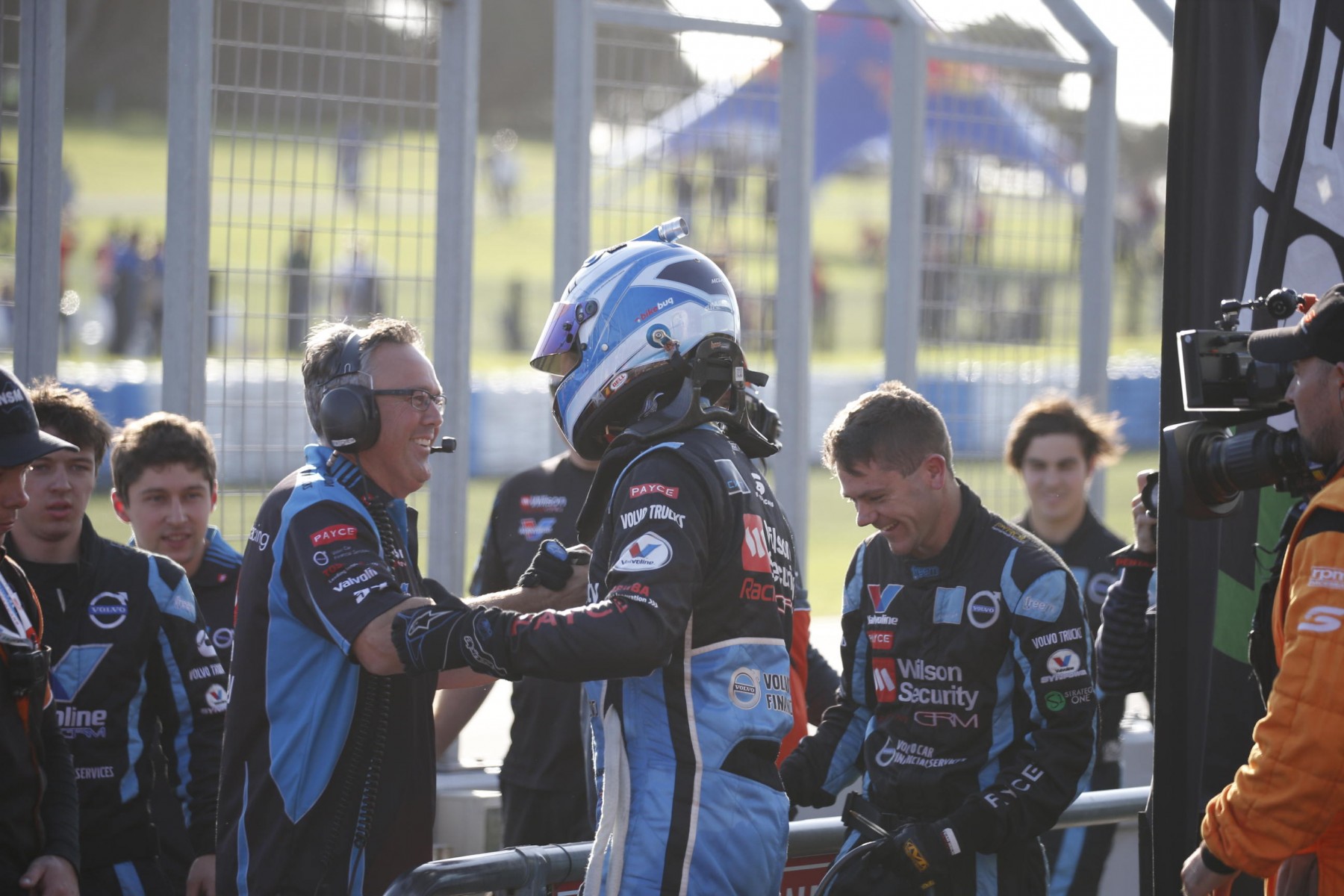 Leading Supercars engineer Richard Hollway has confirmed he will not join Scott McLaughlin at DJR Team Penske in 2017, instead electing to continue as the technical chief at Garry Rogers Motorsport.

But Hollway made it clear it will be tough to split with McLaughlin, with whom he has developed a close friendship since the New Zealander joined the team and he started engineering him in 2013.

And after some hiccups at last weekend’s Castrol EDGE Townsville 400 Hollway has also called on the team to retain its focus and claim the drivers’ championship with McLaughlin before he leaves.

“All we can is do our best job,” Hollway told supercars.com. “But if we keep making mistakes or we are off the pace in terms of set-up we won’t win it.”

Hollway joined GRM in 2010 after a long career at the Holden Racing Team during its best years. He has played a key role in building GRM into a competitive force, including the development of the Volvo S60.

“I will stay,” Hollway confirmed to supercars.com. “I love working at Garry’s. I want to stay.”

Hollway described McLaughlin’s departure as “a shame” for GRM, but made it clear how highly he regarded the 23-year old as a driver and a person.

“Without sounding like a suck, I have really enjoyed working with him. He is a bloody good driver and I wish him all the best.

“We all understand why he is going. It is a global organisation and there is an opportunity to drive overseas and that all makes sense.”

Like others within GRM, Hollway rued the influence Volvo’s shock pull-out from Supercars had on McLaughlin’s decision making process.

“We have been a little bit destabilised by the whole Volvo thing and that made his decision a bit easier in terms of stability.

In his touring car career Hollway has worked with some of the greats including Mark Skaife during his championship-winning run at HRT and with a young Craig Lowndes when he burst on to the scene with the factory Holden team.

“I have absolutely (worked with some great drivers) and he (McLaughlin) is right up there,” Hollway said. “But above all that he is a ripper bloke.”

Since McLaughlin’s double triumph at Phillip Island in April, Wilson Security Racing GRM has been buffeted by both the Volvo departure and McLaughlin’s decision not to renew.

There has been a publicly stated intention to block out the distractions and focus on winning GRM’s first-ever championship. But last weekend in Townsville McLaughlin struggled through a mistake-prone Saturday to qualify 17th and finish only 24th.

He did fight back to qualify sixth and finish fifth on Sunday, but still dropped from third to fifth in the drivers’ championship, 171 points behind leader Jamie Whincup.

McLaughlin battled against a poor set-up in Saturday qualifying and then a flat tyre at the start of the race. The team was caught out by his stop and pulled him into the garage rather than lose minimal time by changing the tyre in pitlane.

“We showed on Sunday we did have podium pace but we do need to get on the set-up quicker.”

Promisingly, Hollway said the Townsville weekend had delivered important learnings about the car which boded well for the Coates Hire Ipswich SuperSprint at Queensland Raceway on July 22-24. QR also begins a run of tracks where McLaughlin is particularly strong.

“I think we learned quite a bit last weekend and I reckon we will be pretty competitive at Queensland Raceway,” Hollway said.

“He (McLaughlin) loves Queensland Raceway and has done a million miles around there; traditionally at Eastern Creek we have done well and should go well.

“Sandown we went well last year and Bathurst we should go well, so we have some good rounds coming up for us. We have to just keep thinking about the process and not about the result and keep trying.

“They (the other leading contenders) will have a bad one, and we just have to be there to capitalise.”