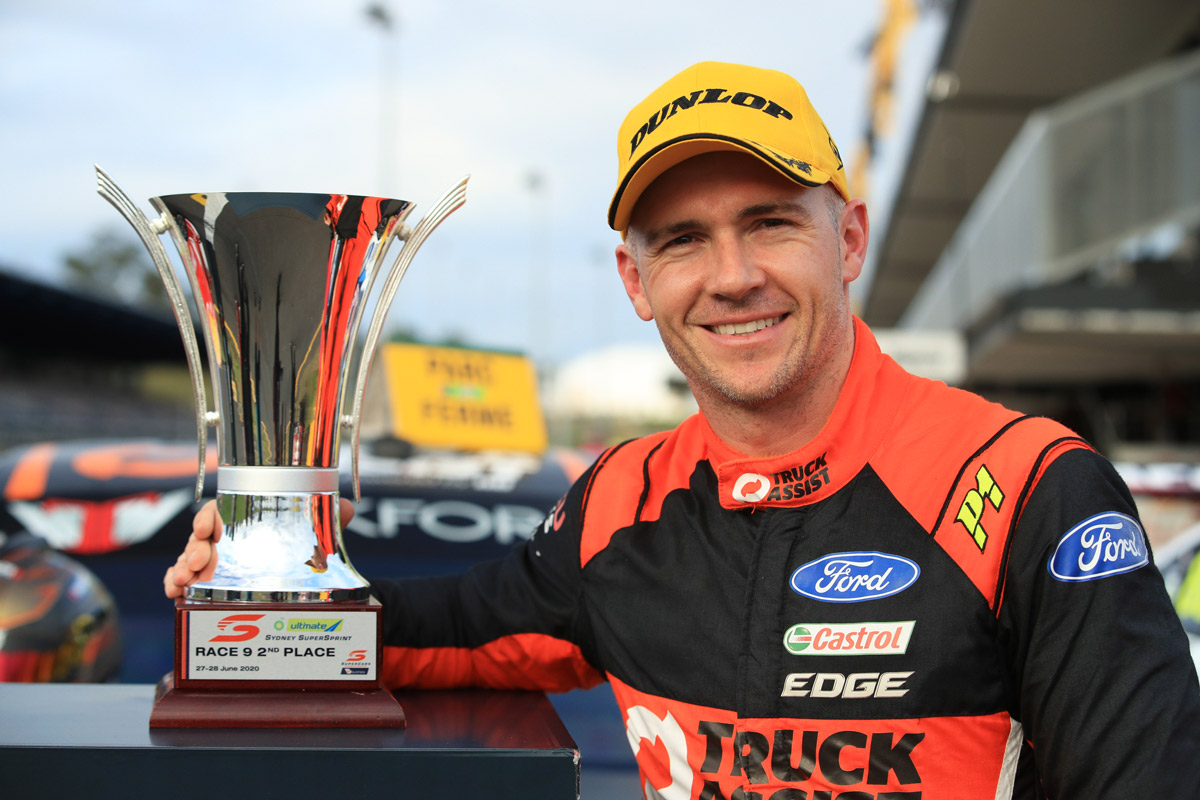 Lee Holdsworth’s strong drive to second in the BP Ultimate Sydney SuperSprint finale did not come without a scare; thrown onto two wheels by first-corner contact.

Having qualified fourth, Holdsworth collided with earlier race winner Nick Percat, leaving him fearing for the status of his Truck Assist Mustang.

“I didn't get the greatest start,” conceded Holdsworth, who scored his first podium in a single-driver race since 2014.

“I turned into Turn 1 and I saw Nick on my outside... and I started getting some mad aero wash.

“I couldn't turn out of it, so we ended up collecting each other's tyres.

“It was all good, and a couple of laps later we battled it out into the second-last corner and we hit again.”

Percat admitted similar concerns had gone through his head as he looked to back up his first victory since Adelaide 2016.

“We were in the air, the steering wheel was out of my hand... I was the same as Lee,” added the Brad Jones Racing driver.

“As it landed I thought 'holy hell, hopefully the left-front wheel is still on this thing'.

“It's good, everyone raced hard and fair. We went side-by-side and had good racing every race.

“There was no one being a bandit. It was cool to race hard with everyone and have a dip.”

Holdsworth wasn’t the only Tickford Mustang he would have a run-in with during the finale, though.

Cameron Waters, who battled to 13th, suspected contact with the Dunlop Commodore had hurt his Monster Ford.

“We were going pretty good at the start of the race, we had one bad tyre on the car, it was probably the best the balance had been,” said Waters.

“Someone hit me at Turn 8, I think it was Percat, and from that point onwards there was something wrong with the car.

“I don’t know. It’s a bit of a shame because I thought we had good pace before then.”

Holdsworth and Percat leave Eastern Creek as big improvers, rising to sixth and seventh in the standings respectively.