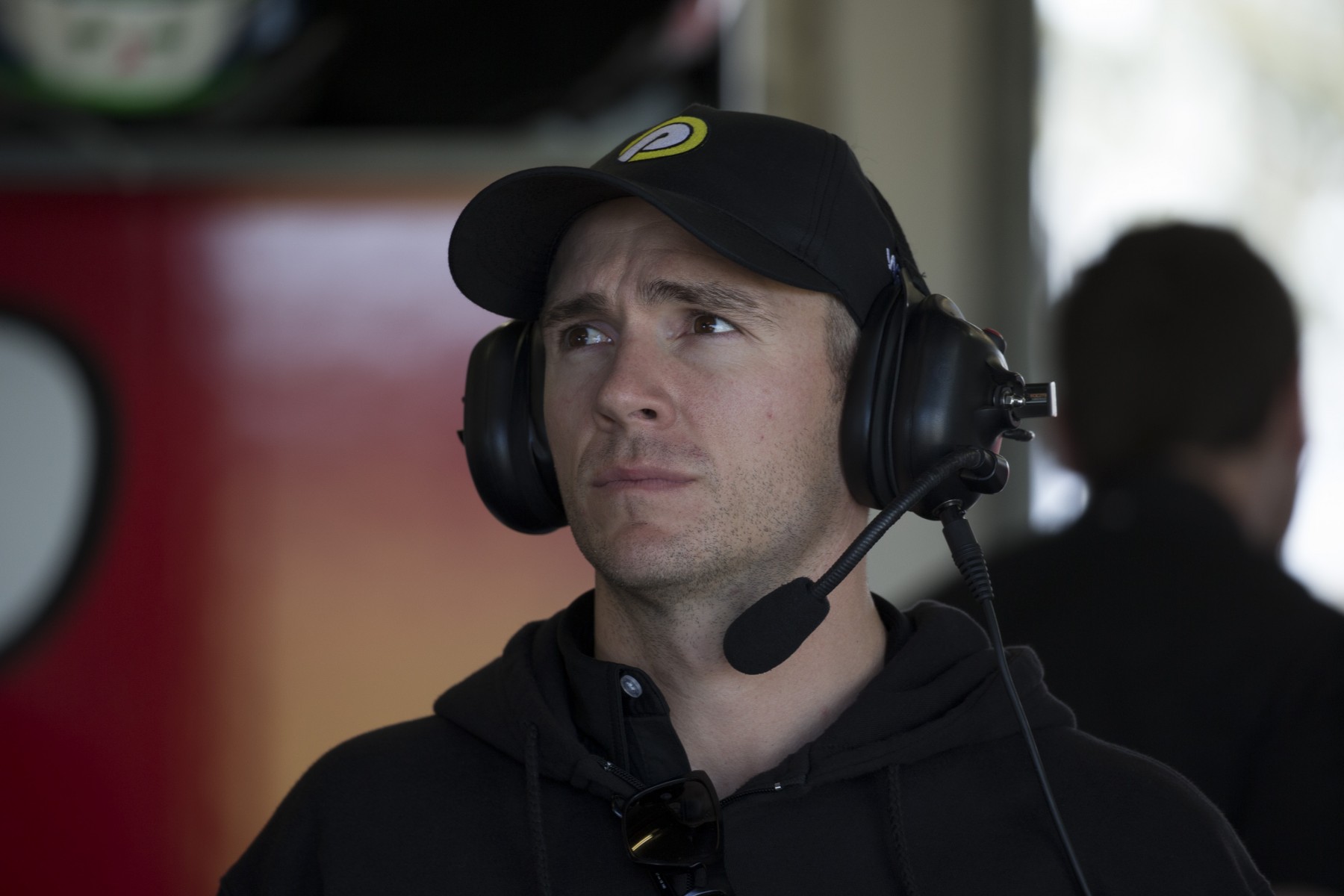 Lee Holdsworth has reflected on the “absolute whirlwind” that has been the last few years as he prepares to line-up at an all-new team for 2016.

Racing with Charlie Schwerkolt – who has decided to start his own team, rather than run as a customer as he has since 2013 – Holdsworth feels he has some stability now and revealed just how involved he has been behind the scenes with Team 18.

Technically, 32-year old Holdsworth is only at his third home since starting out in V8 Supercars in 2006 with a full-time drive at Garry Rogers Motorsport – but has been swept up team changes out of his control.

From GRM he shifted to Stone Brothers Racing – a Championship winning team – but after one year it morphed into Erebus Motorsport.

Holdsworth earned a race win in the developing Mercedes Benz AMG E63 in 2014, and later that year was announced to continue on with the squad. But in November shock news broke that his deal was never formally signed and he would head to Schwerkolt’s single car team, which ran under Ford Performance Racing (now Prodrive).

The situation changed behind the scenes and Schwerkolt shifted to Walkinshaw Racing for 2015. Before the 12 months concluded, he announced he’d be heading out on his own, as WR looked to focus on two cars.

Now Holdsworth has helped spearhead the new look Team 18, and feels more valued and confident than he has in years.

“I’m in a much better position going into 2016 than I have been the last three years, so I’m feeling confident that this is a big change coming and things are looking up,” Holdsworth told v8supercars.com.au.

For Holdsworth, it hasn’t been easy having his drives subject to change – he admits there was a time in the past he was unsure he’d even be on the grid.

“It has been an absolute whirlwind and certainly not a comfortable position to be in,” Holdsworth said of the past few years.

“I’ve always been very loyal to the teams I’ve been with and there’s the perception I’ve moved around a lot … but really this is only my third contract in my career over 10 years.”

Schwerkolt has brought big name boss Jeff Grech back to V8 Supercars, and with the team in-line for a Triple Eight Commodore, Holdsworth now feels like he’s in the right place with the right equipment.

“I’m sticking with Charlie,” he said.

“It hasn’t been very pleasant the last three years, but I’ve really enjoyed and feel like I’ve got the right team boss and the right people around me this year to get the job done and to improve.

“Really I just want to find a home and build on that. Get some continuity again – because continuity is so big in this sport and so important to progress each year … it takes a while for those things to gel but I’m hoping I’m in a position now where I can start to build on that.”

When Holdsworth connected with Schwerkolt, he was worried he wouldn’t have a home on the grid.

“By that stage of the season basically 95 per cent of the field was signed for the following year,” he explained.

“I contacted Charlie – I contacted plenty of team owners – and Charlie fortunately had something available for the following year, so I jumped on that.”

Now he tackles a new beast, and while there is a change of car, it’s the change of environment that suits him best.

“It’s am amazing change from what I’ve been involved in recently. To actually feel like you’re playing a big part in the team and the direction of the team makes you feel valuable,” Holdsworth said.

“As far as driving goes, a lot of it is built on confidence – so if you’ve got backing from the people around you, you’re going to go further.”