Lee Holdsworth believes Penrite Racing could have scored a one-two after securing another top five finish in Winton.

The 2021 Bathurst winner went one better in Sunday’s opening sprint, completing a late charge to finish fourth in Race 14.

It comes as teammate David Reynolds scored his second podium in as many days.

He overhauled Chaz Mostert, Will Brown and Andre Heimgartner in the closing laps to record his third top five of the season.

“It was a good, good race,” Holdsworth said.

“We had good pace, in behind traffic it is very hard to pass, even when you had the tyre advantage. 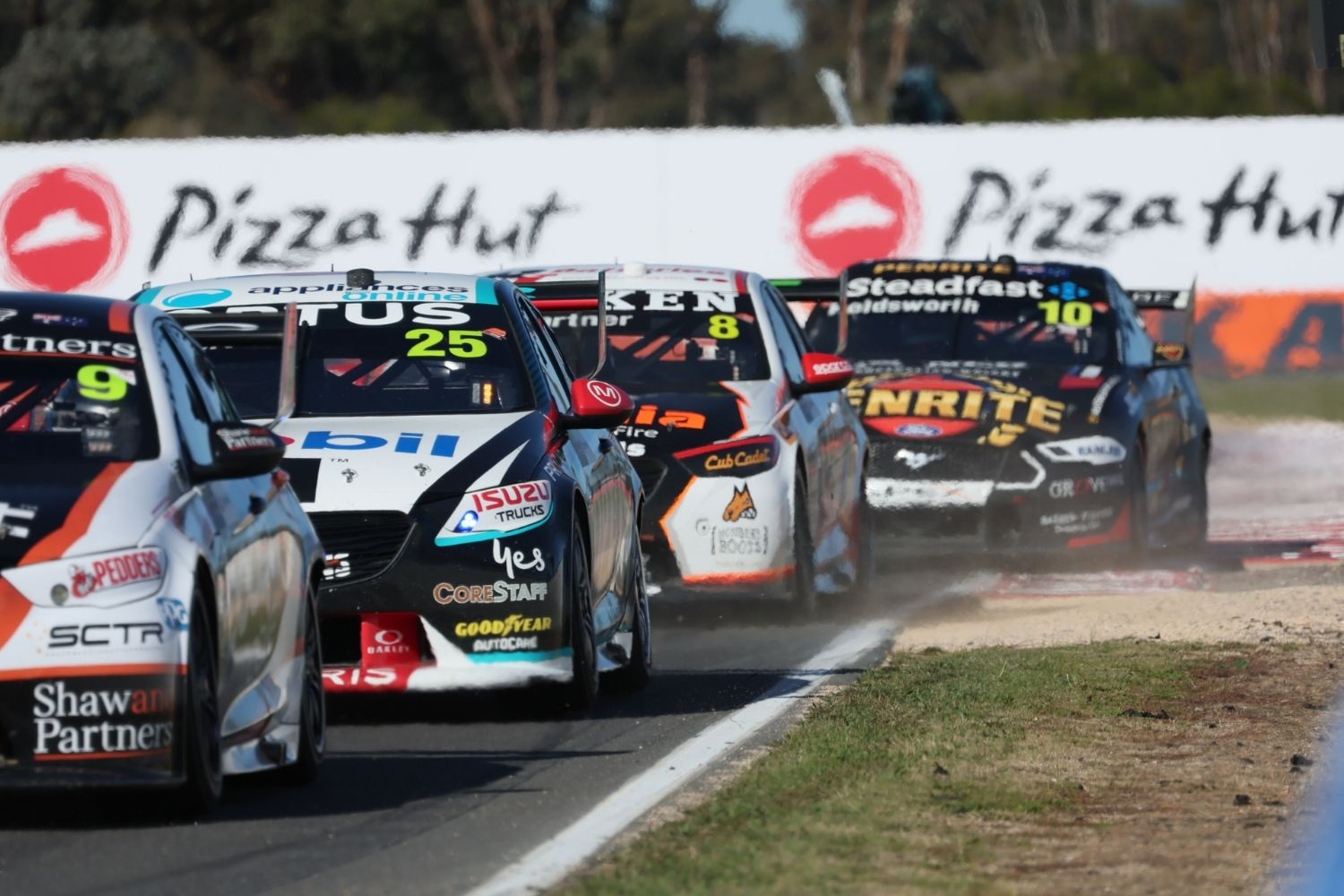 Holdsworth made a late charge for fourth in Race 14

“But we got through and we made up a couple of positions, which is great.

“We just need to be starting a little higher. I think Dave [Reynolds] and I probably have the speed to be one-two.

“Unfortunately, in the race this afternoon, we're a little bit further back.”

One of the last drivers to head to pit lane, Holdsworth emerged a corrected eighth.

He began the charge past Heimgartner and Brown before passing Mostert with five laps to go.

The 39-year-old held the position across the line, seven seconds behind Reynolds.

For Holdsworth, the performance came with a physical challenge inside a hot Supercar.

“Yeah, it is, especially when the team doesn't let you wear a cool suit,” he joked.

“I think they are trying to toughen us up for Darwin.

“For me, it's more just about getting that understanding of the car.

“I think finally we are on top of it, and hopefully we can continue.

“But [the car] is doing everything I want now.

“I don't have to battle with it every lap, hence the reason why we're able to race forward and keep the tyres on it.

“[I can] keep it straight and bring home some results.”

Holdsworth will start ninth for Sunday’s finale with Reynolds in sixth.

The Pizza Hut Winton SuperSprint will conclude with Race 15 at 3:35pm local time.