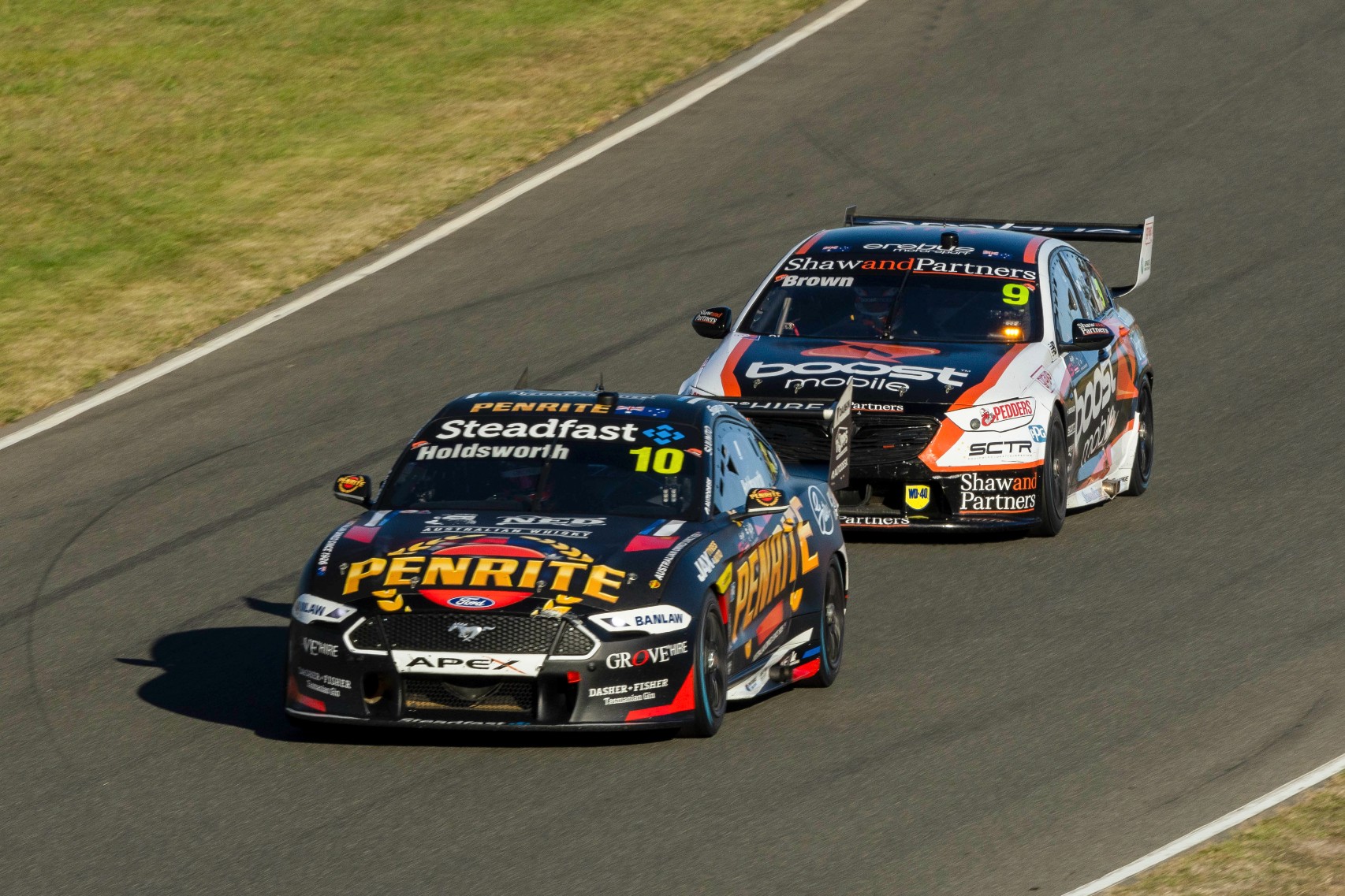 Holdsworth raced from 21st to ninth in the NED Whisky Tasmania SuperSprint opener.

The race, won by Shane van Gisbergen, featured a number of big charges through the field.

Holdsworth and Tim Slade (23rd to 11th) put in the biggest drives, with Jake Kostecki racing from 24th to 14th.

Holdsworth was outside the top 10 before teammate David Reynolds was turned by Mark Winterbottom.

While pleased to score his first Grove Racing top 10, Holdsworth admitted luck played a role after his poor qualifying.

"Obviously the day didn’t start out ideally with qualifying so far back but I’m really happy we got home P9," he said.

"With sprint races on this tight and twisty circuit I felt like there was always going to be a bit of early chaos in the race.

"I tried to keep it clean early then the team made a good call to get me in for my stop which helped get me up the order.

"I was sitting P13 with 10 laps to go then unfortunately for Reynolds he got caught up with Frosty and Chaz, but that played in my favour.

"We need to get qualifying right tomorrow, I feel we’ve made good gains which hopefully mean I don’t have to race through the field again tomorrow."

Kostecki, who encountered a tough season opener in Sydney, also cited qualifying as key to his Sunday hopes.

"We made some tune ups for the race and the car was a lot better, and we made up 10 spots to get to 14th which was positive," the Tickford driver said.

"We’re still tuning, but if we start tomorrow with a better qualifying we can finish the weekend strong, so we’ll keep working hard and have another go tomorrow."

Cars will return to the track on Sunday for dual qualifying sessions from 10:35am AEDT. CLICK HERE to purchase your tickets.