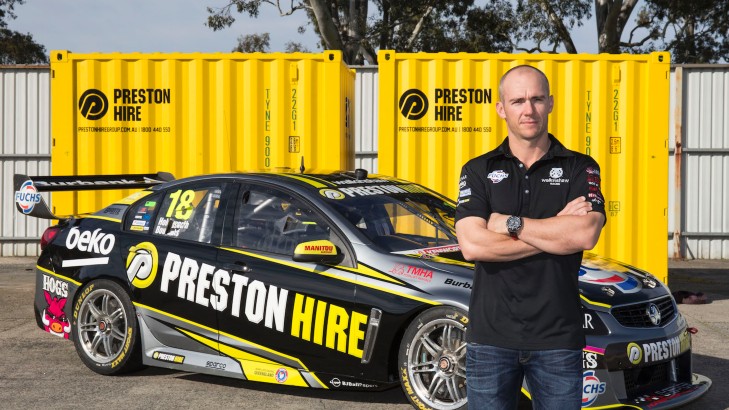 Lee Holdsworth has unveiled his newly-coloured Preston Hire Racing Commodore ahead of the endurance season opener at Sandown Raceway next weekend.

Preston Hire announced a continuation of its partnership with the team as it gear up for the 2015 Pirtek Enduro Cup.

"The Preston Hire livery looks amazing and it's like nothing else in the field, so will be easy to spot," Holdsworth said.

"I've built a good relationship with Markus (Preston) and his team at Preston Hire; they're mad about motorsport so it's fantastic to have them on board as title sponsor and carrying their colours at Sandown.

"I'm always excited heading into the endurance season but even more so after finding a significant gain in speed at Sydney Motorsport Park; and I feel confident we can carry that through the enduros.

"It's also a massive bonus to team up with Sebastien. He's an incredible driver and I just can't wait to get it underway."

Holdsworth and international co-driver Sebastien Bourdais will turn laps in the #18 Commodore during the team's test at Winton Motor Raceway tomorrow.

Getting the four-time Champ Car World Series Champion comfortable in the car will be the key focus, Holdsworth said.

"The main aim for the test day is to give Sebastien as many laps as possible so he is comfortable before Sandown.

"The other goal is to confirm we've gained speed since we were last at Winton."

The Pirtek Enduro Cup kicks off next Friday at the Wilson Security Sandown 500.