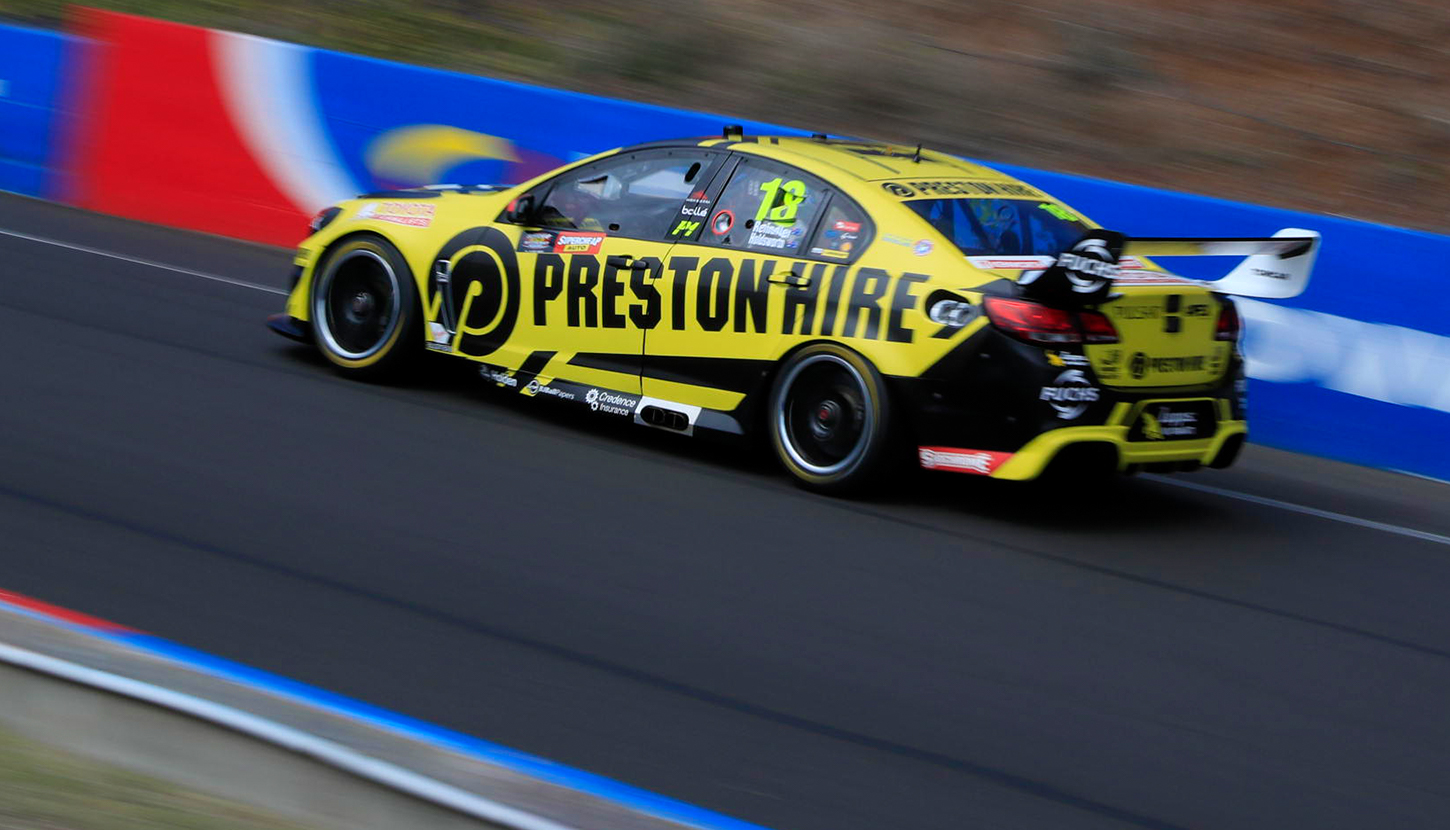 Preston Hire Racing’s Lee Holdsworth clocked the fastest time in the 20 minute warm-up ahead of the Supercheap Auto Bathurst 1000.

Holdsworth, whose 2016 Great Race fell apart with an engine issue on the opening lap, recorded a 2:06.3375s best before handing over to co-driver Karl Reindler for the final minutes.

Holdsworth and Reindler are starting just 17th after a quiet build-up aboard their Triple Eight-built Commodore, but are confident of putting in a strong showing in the 161-lap race.

“It’s such a long day today and anything can happen with this weather,” said Holdsworth.

“We’ve been aiming at having a good car for today and we haven’t had it on the green tyre.

“This morning I feel like we’ve made some headway. To do that time felt quite comfortable. It feels like a good race car.”

The forecast for rain today has been further downgraded this morning, with between just 1-5mm now being predicted to fall this afternoon.

Several teams took the opportunity to road wet tyres in the warm-up, with seven sets now able to be used per car following an overnight rule change.

As is tradition, teams used the warm-up to practice full race simulation pitstops, including refuelling and driver changes.

Some teams have had to tweak their driver change processes for the event following the banning of several aids, including cable-ties and magnets, previously used on the belts.

Whincup and Dumbrell meanwhile used the session to evaluate what the six-time champion described as “massive changes” to the #88 Red Bull Holden overnight, including an engine swap.

The duo, which are among a number electing to take a precautionary switch of brake pad manufacturer following signs of cracking to discs on Thursday, will start today’s race from 11th.

“We didn’t think there was anything wrong with the engine as such, but you can’t be sure with these things,” explained team manager Mark Dutton. “We’ll double-check on the dyno when we get home.

“Jamie is happy with the car this morning, so that’s the most important thing. PD is comfortable too, he said the brakes need a bleed, so we’ll give that a tune-up.”

Whincup spent the final minutes of the session on the tail of polesitter Scott McLaughlin, who ended the warm-up 16th in the Shell Ford he’ll share with Frenchman Alex Premat.

The James Courtney/Jack Perkins Mobil 1 HSV Commodore ended up at the foot of the time sheets, 2.7s from the pace, but the 2010 champion said there were no issues to report.

“We were just rolling around, doing systems checks and driver changes, making sure we’re all good,” he said, having finished yesterday’s Shootout in 10th. “Everything is working fine.”

The Supercheap Auto Bathurst 1000 will get underway at 11:10am local time.