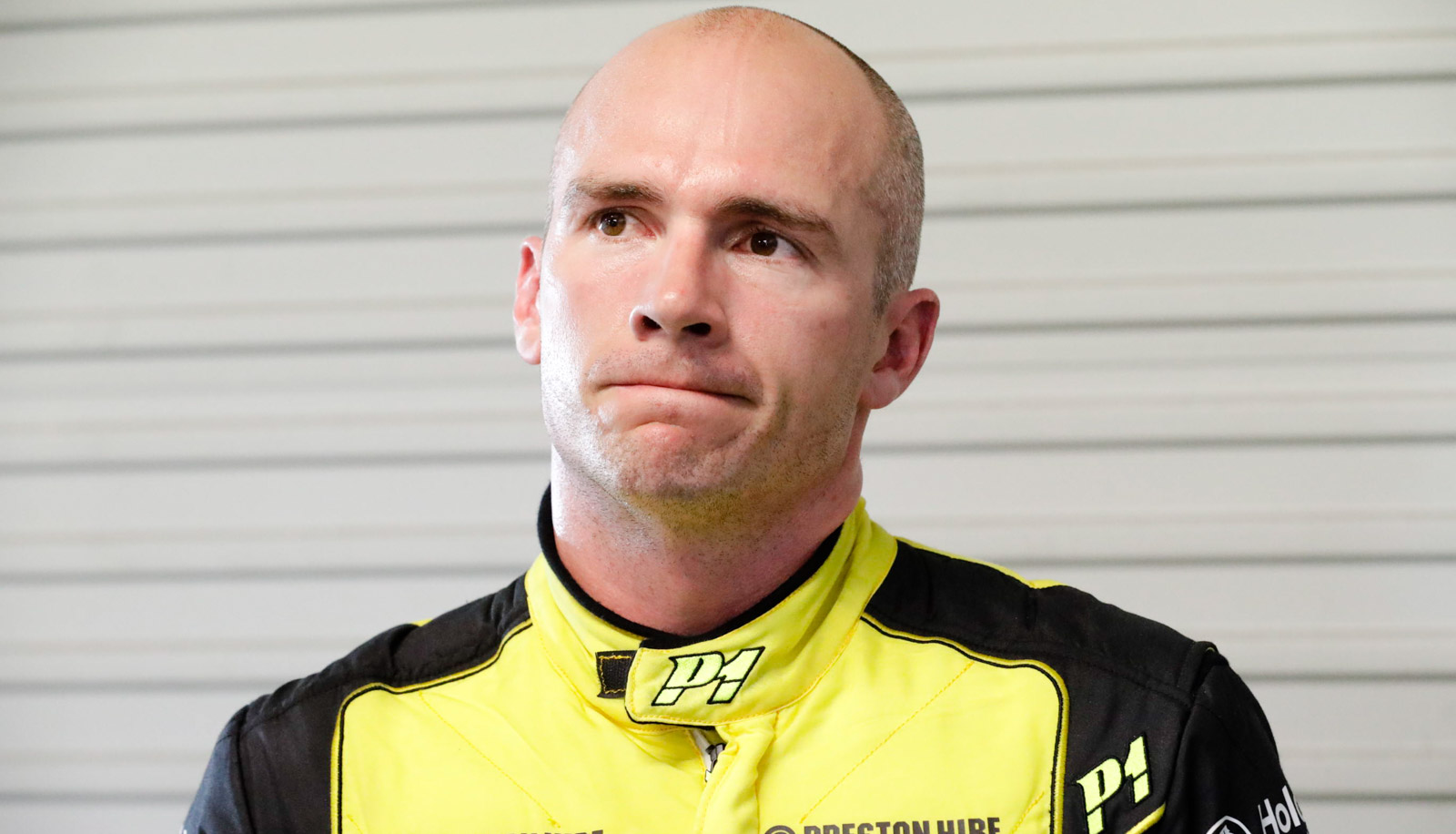 One year on, Lee Holdsworth has revealed that he still feels the effects of his 56G impact with Hidden Valley Raceway’s concrete wall.

Holdsworth fractured his pelvis, right knee and two ribs in last year’s opening-lap tangle which saw his car shoot sideways out of the pack and into the exposed concrete.

The injuries sidelined Holdsworth for three events – the first Supercars races he’d missed in over a decade.

Holdsworth says he has no concerns about returning to Hidden Valley, which has received a new tyre barrier ahead of this year’s event to prevent a repeat of his incident.

The 34-year-old does however suffer occasional reminders of the ferocity of the impact as he goes about his daily life.

“I still feel it in my ribs every now and then. The pain does come back to haunt me,” Holdsworth told Supercars.com.

“There’s not one thing in particular that triggers it, but the main thing is that it’s not something that comes up in the race car.

“And it doesn’t affect my training at all, it’s just something that comes to mind every now and then when I do a certain exercise.

“It’s improved a hell of a lot over the last 12 months so I expect that it will eventually go away completely.” 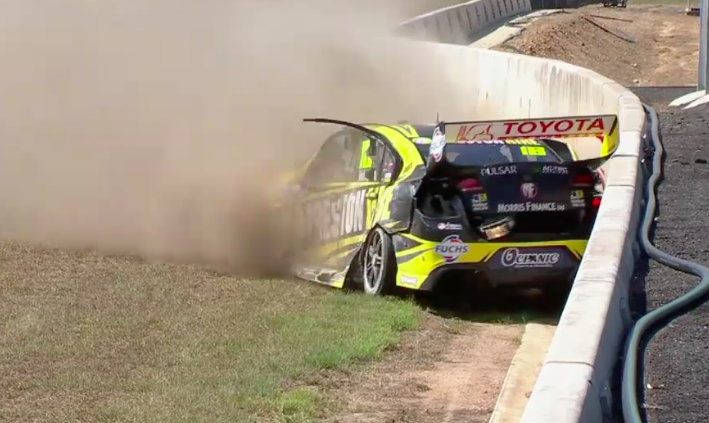 Although unaffected in the car now, Holdsworth admitted that he raced in pain during multiple events after his comeback at Sandown last September.

“It was quite strange because for the first couple of months after the bones had healed I didn’t have any pain,” he continued.

“But then I had sharp pains come back about three or four months after the accident which concerned me at the time.

“Apparently the muscle fibres and cartilage and everything in between your bones takes a lot longer to heal than the bones themselves.

“Sandown was quite bad and then Bathurst as well, but after that the pain subdued a little bit.

“I knew it wasn’t anything that was causing any damage, it was just about putting up with a little bit of pain. I had to toughen up and get over it.”

While physical pain can be endured through gritted teeth, a typically honest Holdsworth revealed that the mental side also hampered him last year.

“Mentally it took a little bit out of me. I feel that, even though we were struggling with some car issues, I wasn’t 100 percent on my game until this year,” he said.

“Getting to Bathurst for the first time after the crash I looked around a fair bit more at what could go wrong and how we can improve track safety.

“Those little things played on my mind for a couple of rounds at least, but I don’t think it’s slowing me down in the car now. 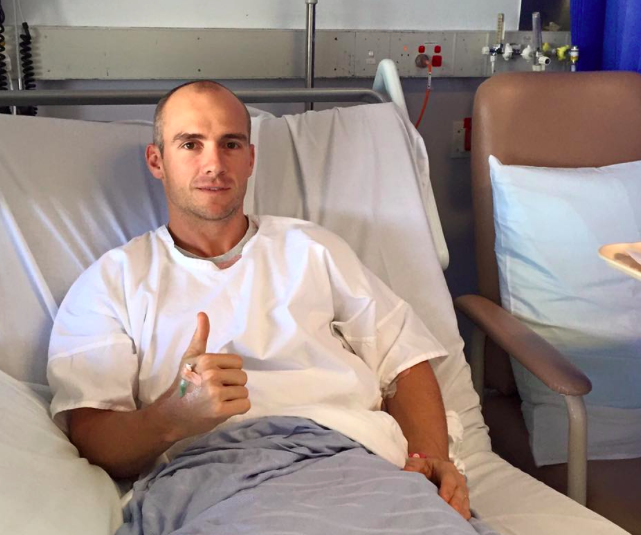 “I think the break did me a load of good and now I’m driving better than I ever have in my whole career.

“In some ways I think it’s probably helped my performance.

“That sounds funny, but sitting out made me realise how much I wanted it and made me push for it harder than ever, both fitness-wise and mentally.”

Holdsworth says he’s now well and truly back to full fitness, but his training regime has been permanently altered due to the hip fracture.

“I was told if I continued to run as much as I was before I’d need a hip replacement in the next 15 years,” he said. “The less running I can do the more that will prolong the operation.”

Not surprisingly, Holdsworth is pleased to see that the tyre barrier has been added to the offending concrete wall, which had only been installed three years ago.

“I would have been disappointed not to see something done, that’s for sure,” he said.

“Really I don’t think they ever should have had a concrete wall like that on that angle. It was dangerous and I’m glad that something’s been done.”

His Preston Hire team also reacted to last year’s accident by homologating a new seat mount for the 170cm driver, who is among the shortest in the field.

The change allows Holdsworth to sit lower within the seat than previously while retaining the same eye-line over the steering wheel. 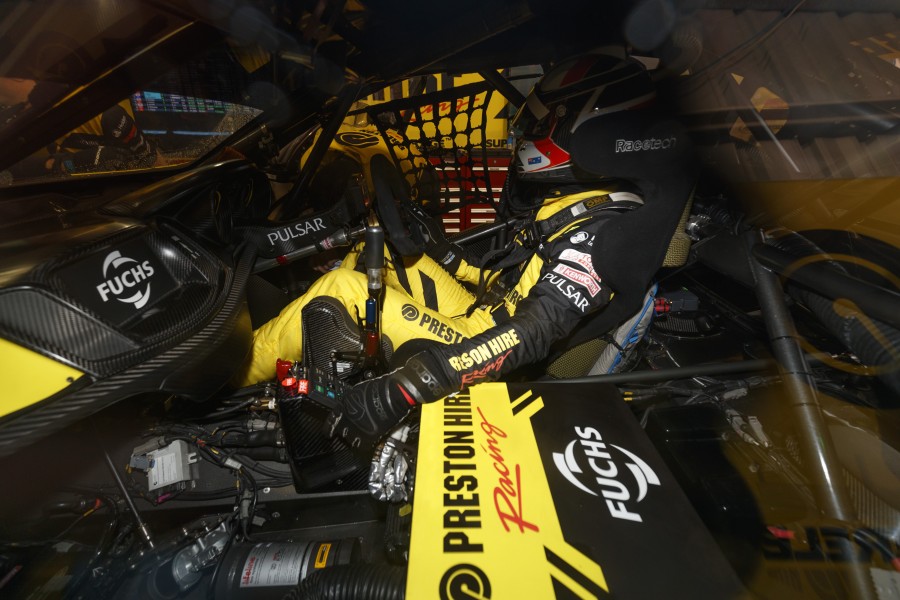 Holdsworth sits lower within his seat than before the accident

“I certainly don’t think that was what caused the injury, but it was another precaution that we took after the accident,” he said.

Holdsworth praised Supercars’ move to make extra leg protection compulsory by Sandown this year and hopes that track safety will keep pace with improvements to the cars.

“I think they’re a very safe car, but there’s always more we can do and it’s great to see that the category is making that compulsory,” he said.

“I think the next step is continuing to improve track safety. I believe there’s things we can improve quickly and not at a huge cost.

“Areas like Turn 4 at Phillip Island, where a car can come off, skid across the grass and t-bone another.

“I think that’s the next step and Supercars will continue to improve the car safety aspect like they always do.”