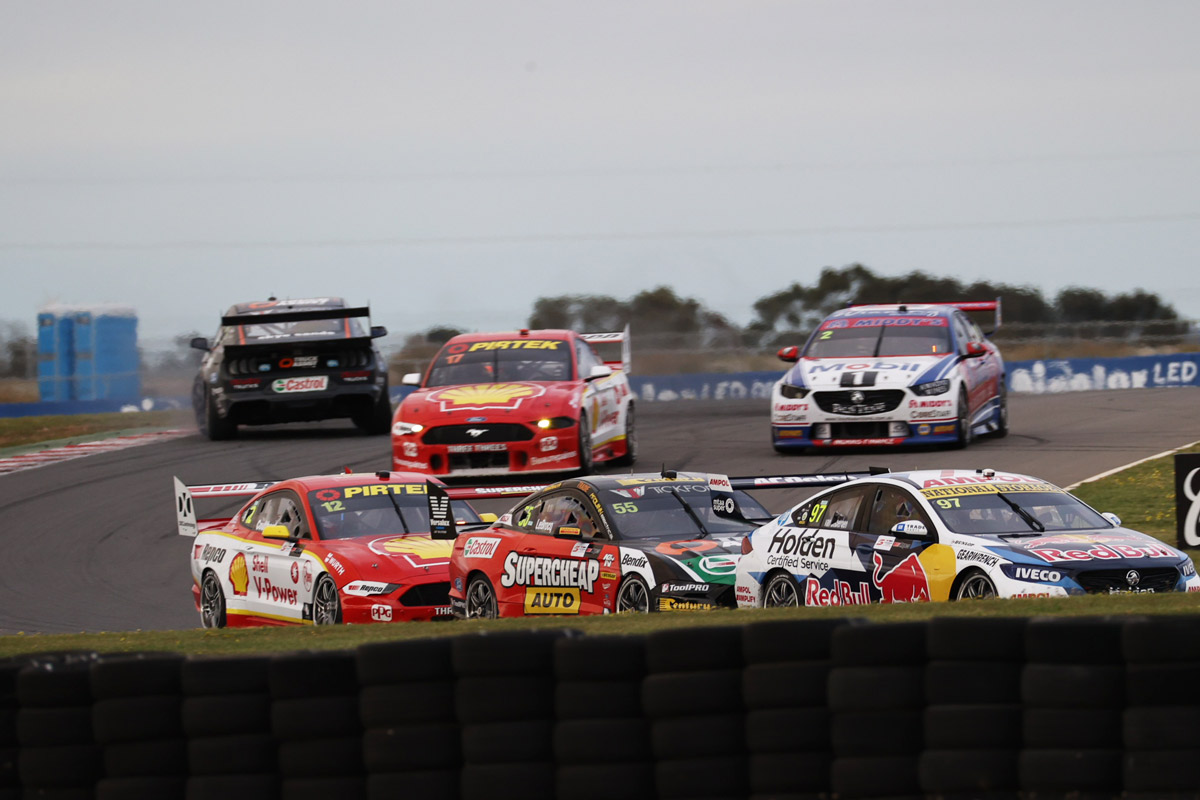 Lee Holdsworth has criticised Scott McLaughlin’s attempted pass on him in the dying stages of the Repco The Bend SuperSprint opener as an act of “desperation”.

The 24-lap race came to life in the closing stages as a gaggle of cars fought over the leading positions; for Holdsworth and McLaughlin, that was a battle for fourth.

McLaughlin had been on a recovery mission since an opening lap tangle with Whincup dropped him to 19th, and he sensed an opportunity to sneak by Holdsworth on the inside of Turn 14 with three laps remaining.

However, the duo made contact through the left-hander, sending the Truck Assist Mustang spinning.

McLaughlin crossed the line third but was demoted to 15th courtesy of a 15-second time penalty, while an aggrieved Holdsworth ended up 13th.

“I think he’s driving in desperation for some reason,” Holdsworth said of McLaughlin.

“I don’t know why he would, he’s got the championship nearly in the bag, so it’s a bit disappointing.

“I gave him room, saw him go for the pass and gave him a car width on the inside.

“He just tagged me mid-corner when we’ve got as much load on the rear as possible and it spun pretty easily from there.”

McLaughlin took a polar opposite stance on the incident.

“For me, the move with Holdsworth was on and I had a crack,” said the Shell #17 driver, who still managed to extend his championship lead to 151 points over Whincup.

“I wanted to try to get on the podium with my teammate, congrats to Fabian [Coulthard] for the win, but just for some reason the stewards didn’t agree with it.”

Elaborating, McLaughlin added: “I fully understand [not] being in control of your car and diving down the inside but the whole time I was completely in control, there was no lock-up on my front-left.

“The guy on the outside has to give you some space, so I mean it’s up to him as well. I was stuck, I couldn’t go any further on the left – what do you do?

Sunday’s action at The Bend will involve another two 24-lap races on the Dunlop soft tyre.