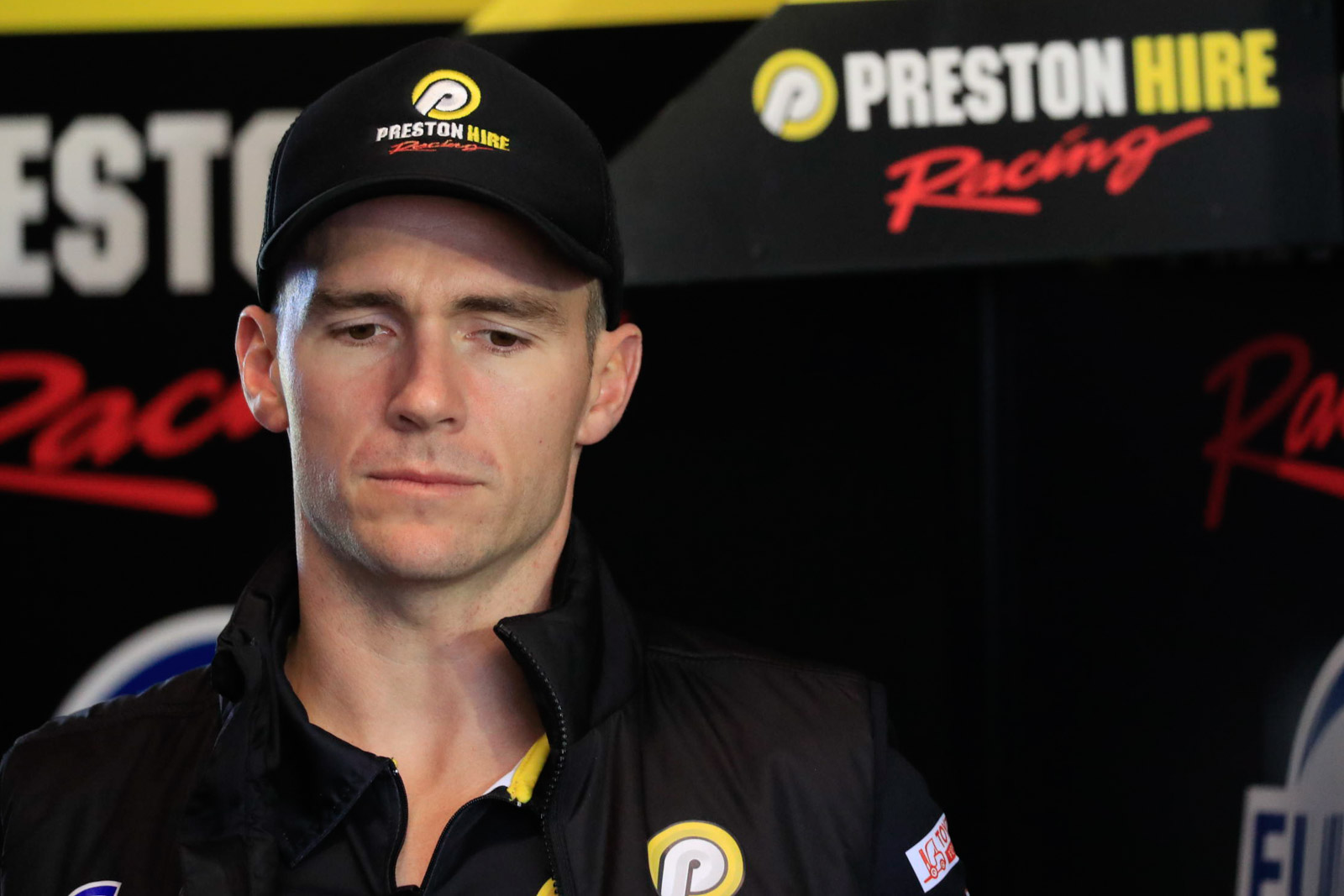 A day of testing at Winton has put “any concerns to bed” for Lee Holdsworth, who will return to drive his Preston Hire Racing Supercar at next week’s Wilson Security Sandown 500.

Sidelined since his Darwin crash that left him with a fractured pelvis, rib and knee issues, Holdsworth is confident he will be able to complete the miles required at Sandown after today’s extended running.

Holdsworth spent time behind the wheel of his new car at the last event at Sydney Motorsport Park, completing a handful of laps in practice and at the following ride day – but today was the big test, and he passed with flying colours.

“I feel great, it was a good test of fitness – I am a bit buggered but that was to be expected,” Holdsworth told supercars.com.

“I’ve come out of it feeling good, so I think that certainly puts any concerns to bed.”

While the 33-year old had been hopeful of returning for the last event, co-driver Karl Reindler took the reins and earned some valuable miles behind the wheel of the race car.

Allowing Reindler to run was the right choice, Holdsworth says, but he is happy with how smooth the recovery has been given his accident recorded a 95g impact.

“It is crazy looking back on the injuries and everything, I was maybe a bit over-ambitious to get back sooner than this but to have the recovery go so well I’m pretty happy. I don’t think it could’ve gone any better, to be honest.

“I’ve got a brand new car now, so we can finish the year on a high.”

There was one thing the team wasn’t able to practice in the pre-enduro test though – Holdsworth believes driver changes will be his biggest challenge come Sandown.

“Fortunately the stop for fuel takes around 30 seconds so we won’t have to rush it, but it’s quite difficult to get into the car when it’s jacked up.

“I haven’t done a lot of that sort of moment with my leg – stretching it out to the side, the hip flexor movement – so I’ll be pretty slow getting in but as long as Karl gets out quickly then that takes the pressure off me a little bit…

“Karl and I will go through our process before Sandown and do slow ones so we know our roles – we’ll probably have a driver helper as well – and then do some proper ones once we get to the round.

“It’s not worth trying it now, another week will do me a lot of good and practicing those hip flexes, getting the mobility will help.”

All teams were positive about the day, with fine conditions and no hold ups or mechanical issues.

HRT boss Adrian Burgess is excited to get back on-track after today’s progress, with co-drivers Warren Luff and Jack Perkins getting plenty of miles.

“Today ran extremely trouble-free, which is always nice going into the enduros,” he told supercars.com.

“We’re just carrying on the philosophy change we’ve had, validated some of the changes we’ve made earlier this year and I think as a team we’ll go into the enduros relatively positive after the news a couple of weeks ago.

“Everyone’s refreshed … with the sense of a weight off our shoulders, and now we can get on with it. The team’s in a good place, the drivers were happy with the cars today, so we’re looking forward to going racing again.”

Garry Rogers Motorsport focused on getting Dunlop Series driver James ‘Bieber’ Golding plenty of laps given he is stepping up to co-drive for the first time with James Moffat.

“Everything went good, we tried a few things we wanted to try – nothing too experimental because our whole program is just to try and get the guys, Bieber in particular I suppose, a few more laps and that all went very well,” Rogers told supercars.com. 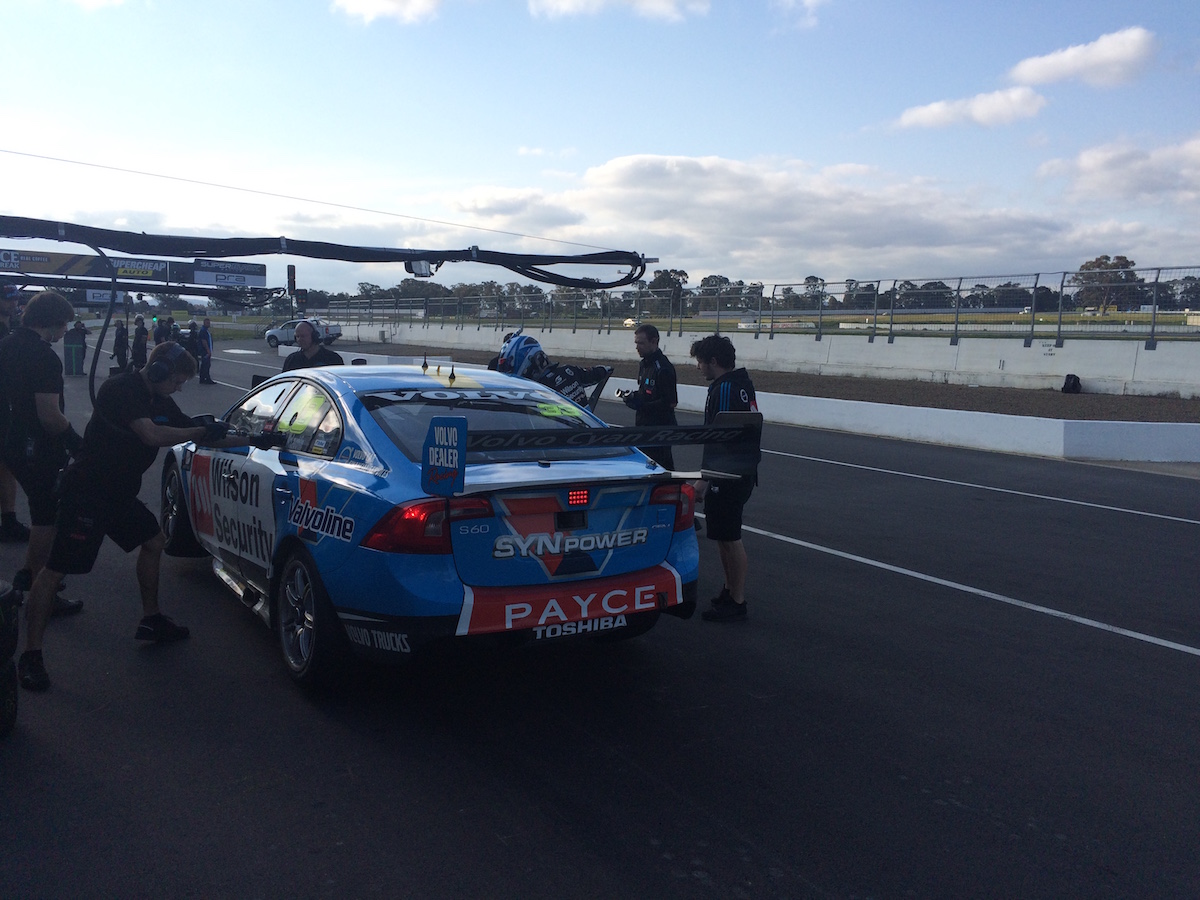 Prodrive Racing Australia and Brad Jones Racing tested just before the last round at SMSP, but were still able to validate some of the changes made and were happy at the end of the day.

Super Black Racing had Richie Stanaway at the track for the second half of the day, the young Kiwi available sooner than original expected.

Another successful day of testing done and dusted! All co-drivers are up to speed so bring on Sandown! #VASC pic.twitter.com/CabYIH5lJD

“It was a great day, we had all the drivers there,” Prodrive boss Tim Edwards said.

“As you’d expect the primary focus was getting mileage for those guys – but also driver change practice, pad change practice and all that sort of stuff you do pre-enduro. It all went really well, I’m happy with how the pairings are working out. In amongst that we had a few things to test as well.”

BJR head of engineer Andrew Edwards estimated their cars did about 120 laps each. 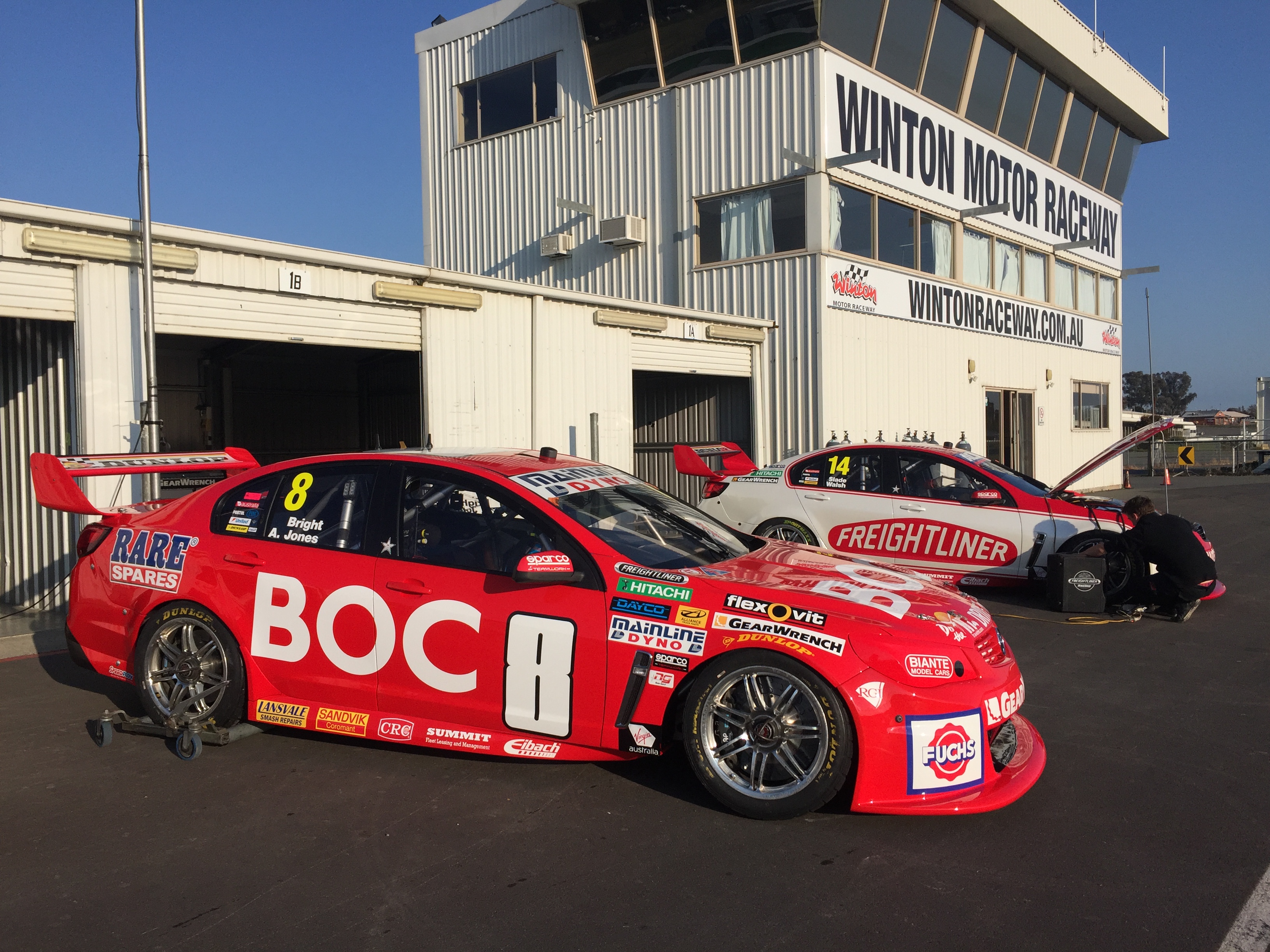 “It was a pretty solid day, the co-drivers did some pretty long stints and were comfortable in the long runs,” he said.

“We got through all the prioritised items, they were all ticked off and then we tried some news areas and tried to reassess some of the reads we got last time to see if they were replicated.”

Victorian-based squad Erebus Motorsport will test at Winton next Tuesday, while the Queensland teams run on Thursday at Queensland Raceway.