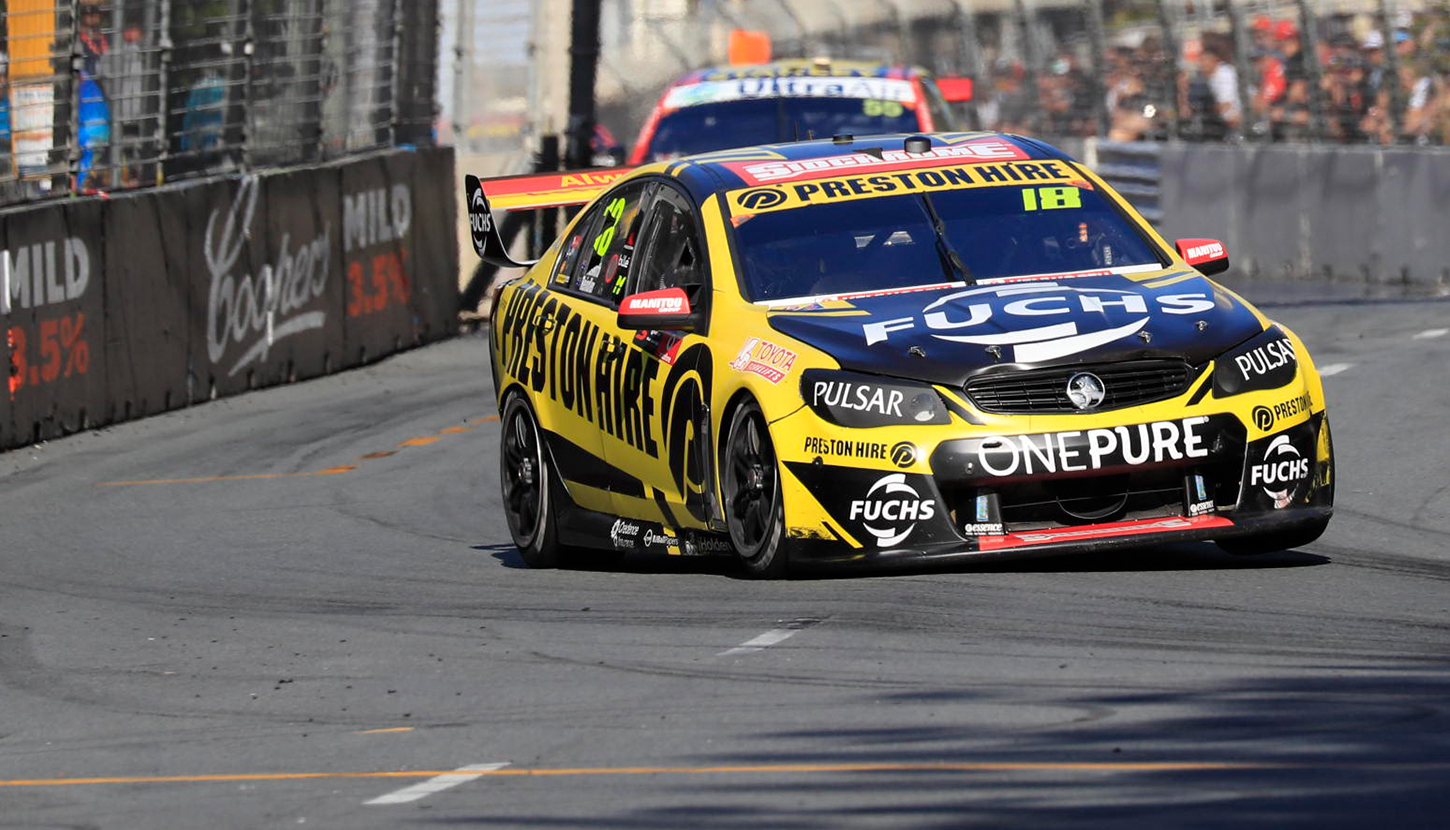 Lee Holdsworth says he’s proud of the way Preston Hire Racing bounced back from a “heartbreaking” Bathurst 1000 with a Vodafone Gold Coast 600 top 10.

For the second year in a row, Holdsworth and Karl Reindler were eliminated from the Great Race by an engine failure.

Holdsworth qualified in the top 10 each day on the Gold Coast and after clouting the tyre bundle at the back chicane on Saturday finished eighth in Sunday’s race.

He paid tribute to the way Charlie Schwerkolt’s single-car outfit regrouped to record its fifth top 10 finish of the season.

“We’re a small team, we’ve had our dramas this year,” he told Supercars.com.

“Bathurst was heartbreaking for all of us, especially to have it the second year in a row with an engine failure.

“We were on for a result there, who knows what could have happened, but we haven’t had an opportunity at fighting for that race the last two years now.

“Everyone was down from that, so to bounce back with a top 10 - a top 10 for this team is a huge effort - I’m proud of the guys for the job they’ve done.

“We’ve really got to put every foot in the right place over a weekend to achieve a top 10 and on a really good day if a few things go our way we can finish top five.

“To get that little bit extra now, we need a bit more car speed and to do that we probably need do to a bit of development.

Holdsworth spent the final stint of Sunday’s race trying to find a way past Chaz Mostert, who was saving fuel to get home.

Having jumped the Prodrive Falcon during the first round of stops, the positions were reversed in the second round, and Holdsworth said the threat of picking up a penalty for an additional kerb strike tempered his efforts.

“I had speed over him,” Holdsworth said. “I was a little annoyed that we dropped him in the [final] stop.

“We gapped him a little bit in that second stint and then had pace over him at the end as well. He was obviously fuel conserving.

“I was trying to get a run on him but also had to be very careful through the chicanes because I was on my last warning.

“I’d got a bad-sportsmanship flag and the next one was going to be a drive-through. I did have to play it a bit conservative.

“It was a hard thing to do because I really wanted to get a good run and throw it down the inside.”