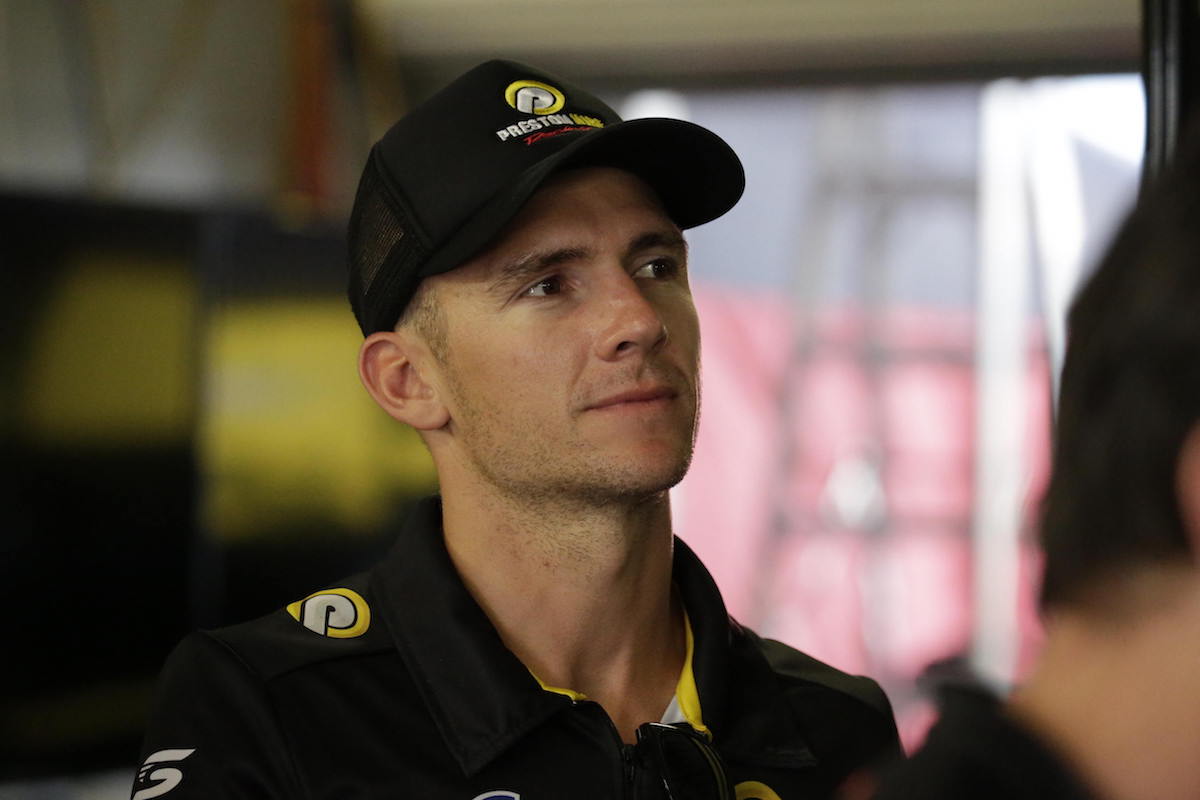 Lee Holdsworth’s hopes of a Supercars return for practice at Sydney Motorsport Park are resting on the results of a scan he will have later this month.

The race-winning driver – who fractured his pelvis, two ribs and damaged his knee in a 95g crash in Darwin in June – is now out of his wheelchair, and switching between crutches and a walking frame.

Holdsworth is in good spirits and just needs the all-clear from his specialist to jump into his new Preston Hire Racing Holden Commodore later this month.

“I feel like the recovery is going really well … I get a scan every month and so far things are looking good,” Holdsworth told supercars.com.

“I go for another scan just before Sydney Motorsport Park, which will hopefully give me the all-clear to do some practice at that round and also the ride day following the round.

“Everything feels like it’s mending really well. Fingers crossed the bones are as good as they feel.”

Missing my office ? Might get a steer in practice next round though ? #countingthedays #PHR18 @teameighteenracing pic.twitter.com/6oJSvEbOiz

Given Holdsworth is young, healthy and fit he has targeted a quick recovery.

“The recovery period is quite optimistic, but that was something the specialist was working with me on. He understands that being young, fit and enthusiastic the body should mend a bit quicker than normal.

“He’s got me moving about now … I’m into hydrotherapy now, swimming in the pool, doing some light cycling on the exercise bike and keeping up with the weights and the upper body.

“I’m just abiding by the ground rules my specialist has given me and I’m not going to push it too hard or it will set me back.”

The 33-year old can’t wait to get back behind the wheel after missing the last two rounds, with young gun Kurt Kostecki filling in.

“I’m counting down the hours before I can get back in the car and join the team again.

“Even just being there at the round will be exciting. I feel like I haven’t been at a race meeting for a long time now, so I’m really missing it.”

Co-driver Karl Reindler will contest the Red Rooster Sydney Motorsport Park SuperSprint, which means the team can focus mostly on Holdsworth during its pre-enduro test.

The 33-year old is confident of a full return at Sandown.

“I definitely think that is realistic – that’s 100 per cent what I’m aiming for.

“It’s just going to come down to that next scan … I’ll probably find out whether the bone has healed well or if it’s a fair way off. But at this stage the aim is to be back at Sandown, be fit and well and off my crutches. In the meantime I’ll just try and get some light running in the car to see how my body feels.”

Despite Sandown being a 500km race, it is the driver changes rather than the driving that will pose the biggest challenge.

“As far as the driving goes I don’t think it’ll be a problem in the car, but the enduros will be tough, more so with the practice driver changes in the lead-up.

“Usually you start practicing and are well into it by now. We probably won’t be able to do much until the week of the Sandown event, which hopefully won’t compromise us too much.

“Fortunately, the best strategy for that race is usually to start your co-driver and finish with your main driver and that usually only requires one driver change, so that’s a positive.

“By the time Bathurst comes around that shouldn’t be an issue for me anyway.”

Watching from home has been frustrating but interesting for Holdsworth, who hadn’t missed an event in 147 consecutive rounds.

“It was really strange seeing Kurt get around in my colours, but it not being my car, with my team,” he said.

“It was weird to be sitting at home for an event, full-stop – I haven’t done that in my whole time in V8s.

“Very strange and while I’m excited about being at a race meeting next round, it will be strange to be sitting in the garage seeing my car racing…

“I’m just looking forward to being there again, feeling like a part of the team and like I’m getting somewhere and closer to getting back in the driving seat.”